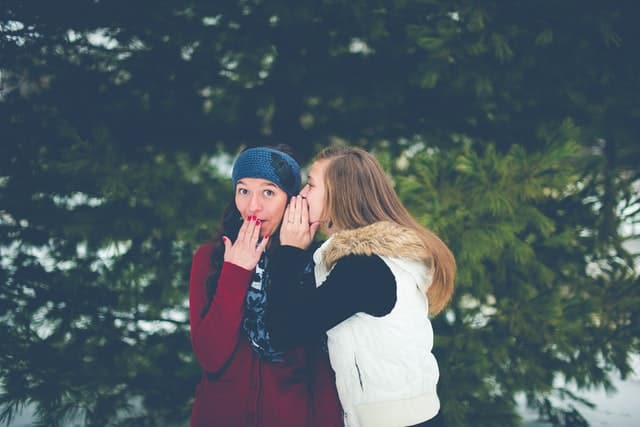 What can be said of Marilyn Monroe that hasn’t been said? She was an icon when she was alive and an icon after she died.

Over 50 years later and her face can still be seen on souvenirs all along Hollywood Boulevard.

While we all know her name, here are a few things you may not have known about Norma Jeane Mortenson, better known to us all as Marilyn Monroe.

No one knew who her father was.

While it has to be tough to have a mother who was in and out of her life due to mental illness, the other crippling component to her childhood was the fact that no one knew who Monroe’s father was. Even to this day, there is speculation that it’s one of two men, but there’s no actual proof.

A website devoted to Monroe shows photos of the two men, saying, “Marilyn’s paternity remains an issue of debate to this day. The two main candidates are Gladys’ second husband, Edward Mortenson, who was listed as the father of Norma Jeane’s birth certificate, and Stanley Gifford, a co-worker of Gladys’ with whom she apparently had an affair around the time of Norma Jeane’s conception.”

On her birth certificate, her legal name is Norma Jeane Mortenson, and her father is listed as Edward Mortenson. Note the misspelling—Edward Mortensen’s name ended in -en, not -on.

Regardless, Edward and Gladys were separated months before Monroe would have been conceived. It also seems that Monroe has the facial features of Gifford (pictured below) than those of Mortensen (pictured above).

The story goes deeper. Monroe said that her mom would frequently show her pictures of her dad but said that no one could be certain who he was; however, the man in the photos looked like Clark Gable. Well, in a weird twist of events, in Monroe’s last film, The Misfits, she acted with none other than Clark Gable. This was the lowest point of Marilyn’s mental and physical health and production was a nightmare. Ten days after the filmed wrapped, Gable suffered a fatal heart attack. Monroe died the following year.

Her mother was mentally ill.

Monroe didn’t speak much about her mother. In fact, at one point when she was famous the studios actually advised her to say that her mother was dead. They didn’t want any stories getting out about the fact that her mother, Gladys Baker, was a paranoid schizophrenic who had long stays in mental hospitals throughout much of Monroe’s youth.

Monroe grew up in several foster homes, bouncing around from town to town, experiencing things no child should. She finally got married at the age of 16 just so she could be on her own instead going back into foster care until she was 18.

Monroe was heartbroken by the traumatizing events she experienced. She also said that she would have good times with her mother when she was in a good state, but that they were always short-lived. Her mother was committed full-time by the age of 32; however, she actually outlived Monroe. She passed away in 1984, 22 years after Monroe’s death.

There was a mini-series made in 2015 which focused on the women in Marilyn’s life (since so many other projects are about the men) and the fear that plagued them. Biography.com says, “Based on J. Randy Taraborrelli’s New York Times bestseller of the same name, Secret Life claims that what truly haunted Marilyn throughout her life was the paralyzing fear that her mother’s madness might be hereditary.”

The most famous image of her had a dark twist.

We all know the one: white dress, standing on a subway air vent, dress blowing up with the wind. The photo was for the film The Seven Year Itch and it was taken during a scene on 52nd and Lexington in New York City as thousands of people stood by watching.

The problem with the thousands of people watching was they wouldn’t be quiet; they were cheering so loudly for Monroe that the film crew had to recreate the scene on a soundstage.

The other problem was Marilyn’s husband at the time, Joe DiMaggio. They had an intense relationship to say the least and when he heard about this photo, he was furious. He thought of her as property in some kind of way. DiMaggio was controlling and abusive for the majority of their 9-month marriage.

The couple had a huge fight back at their hotel room and, shortly after, Monroe filed for divorce citing “mental cruelty.”

The couple may have divorced, but in truth, DiMaggio would be the only family she had left. They remained close throughout her life, even through her other relationships (none of which lasted), and he was the one to identify her body and plan her funeral. Until the day he died in 1999, DiMaggio had flowers delivered twice-weekly to Monroe’s grave.

Who can blame her? Sure, she had fame and fortune, but if we have learned anything from celebrities and mental health, it’s that no one is free from the burden, no matter what. Monroe was no exception, yet she had even more on her plate due to the fact that mental illness ran in her family with her grandmother and mother; she had no true parental guidance; and every relationship she was in failed. Even in childhood she developed a stutter from the anxiety and abuse she suffered.

According to Truman Capote’s essay about Monroe in his collection of stories Music for Chameleons, one time while they were having lunch, she disappeared into the bathroom for so long he went looking for her. He found her staring into the mirror, and when he asked what she was staring at, she replied, “Looking at her.”

It’s a sad, somber story of who she was when the cameras weren’t rolling, and who she could become when they were. To not only have schizophrenia run in the family but to literally then lead a double life between the public and private must have been quite the burden for Monroe.

The year before she died she was diagnosed by two top physicians as being a paranoid schizophrenic and was forcibly institutionalized in New York City. It was DiMaggio who got her out.

Was it really a suicide?

There are a few deaths which live on in infamy. Up there with other Hollywood classic stars like James Dean, Marilyn Monroe’s death is almost as famous as the star herself. Perhaps it’s the timeline; she was at the peak of her celebrity, never having had a chance to fizzle out, which created a sort of black hole of modern-day stardom. She has become an icon, her face just as recognizable now as it was back then, and yet she died at just 36 years old.

There wasn’t much speculation right after she died, but then a couple years later rumors began. There were some odd events that led up to her death. For instance, the housekeeper was supposed to be watching her as her doctor asked. Yet, when Monroe was found at 3:00 am, the housekeeper was washing sheets. However, even this is disputed.

She had spoken with several friends the day of, including Joe DiMaggio Jr. who noted nothing funny or odd. However, she had called John F. Kennedy’s brother-in-law and in a slurred voice said to say goodbye to everyone.

The investigation reported she took over 45 pills, but no water glass near her bed, nor was their residue from digestion found in her stomach. The autopsy had conflicting reports, but before they could do any more research her internal organs had been destroyed.

While her death can be attributed to depression, other people think it had to do with the mafia—whether from the contacts she met through Frank Sinatra—or a more classified hit coming from John and Robert Kennedy, who were both rumored to have had an affair with her.

Much like her iconic celebrity, the speculation continues to live on.