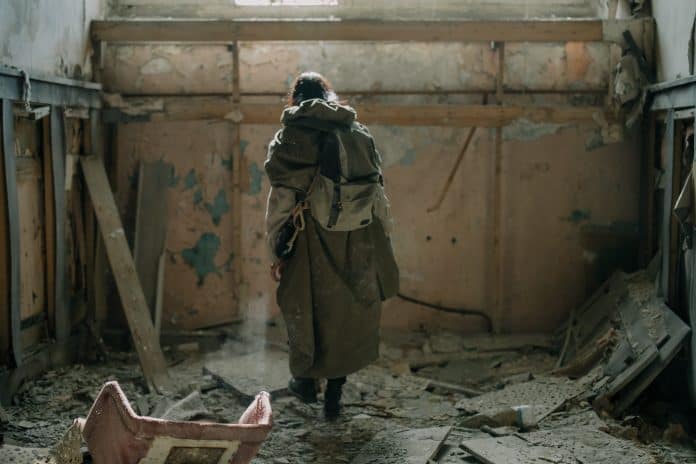 No one wants to plan for a disastrous situation, but when they happen, it is best to be prepared. No matter what people say about not panicking, it’s practically impossible to think rationally in the first moments of any of these situations.

However, if you are prepared, then once that first thought of “I can’t believe this is happening” wears off, you’ll be left with the knowledge of how to survive. And like they say, knowledge is power.

Here’s what to do if you’re…

While the odds of going skydiving and your parachute not opening are nearly impossible, the United States Parachute Association documented 21 fatalities out of 3.2 million jumps in 2016. Knowing survival advice while falling is good not only for skydivers but any situation where you could be free-falling from a large distance, such as cliffs, rock climbing, evacuations, hotel balcony, plane failure, or any other horrifying situation. So, while we just basically convinced you to stay indoors for the rest of your life, if you do happen to go out in the world and ever find yourself in this situation, here’s what to do: spread your body out as much as possible.

James Kakalios, a professor at the University of Minnesota’s School of Physics and Astronomy, told Mental Floss: “Increasing that drag [by increasing surface area] is the biggest factor in keeping you alive.”

Caught in an Avalanche

You can get caught in an avalanche in a variety of situations, but the most common would be on foot and while driving in your car. If you’re on the mountain itself and on foot (or skis or snowboard), then you’ll want to immediately drop any heavy equipment that is not life-saving, and try to reach an object to hold on to. If this is not possible, then, according to John Snook, avalanche forecaster, your best bet is to swim with the snow and try to constantly be at the brink of the surface.

Ultimately if you get buried, try to raise your arm to see if you can feel the surface level. If you can’t, then it may be impossible to dig yourself out and you’ll probably need to wait for help. Leaving your hand up, if possible, will help rescuers find you as well.

Carve a small space by your mouth so you can breathe and see if it’s manageable to move without being buried more. Snook shared another helpful tip with the Los Angeles Times: If you’re stuck in the snow and can’t tell which way is up, spit. If the spit goes down, then you’re the right away up.

If you’re in your car then you’ll want to shut off the engine right away. Turn on the dome light and honk the horn repeatedly to try and get someone’s attention. Cade Courtley, a former Navy SEAL, talked to ABC News about the importance of oxygen inside the car and dangers of people who keep the car running for heat and end up dying from carbon monoxide. He also says not to open windows to escape: “Don’t open doors or windows because [avalanche] snow is like cement. You won’t be able to push past it, but it will flow into your car and fill it up.”

Stuck in a Riptide

Riptides, or rip currents, are an extremely dangerous situation that could induce panic, exhaustion, and even drowning. If you ever happen to find yourself in the midst of a riptide, the biggest rule to follow is do not fight the current. Do not swim against it to try to reach shore. The National Weather Service describes a rip current as “a natural treadmill that travels an average speed of 1–2 feet per second, but has been measured … faster than an Olympic swimmer.”

Instead, the Weather Service says, save your energy and let it take you out until the current slows a bit and then swim parallel with the shore. Do not swim up the current, as it will just end up taking you farther out to sea. The current maybe only be a few feet wide so try to swim to the right or left of it until you’re in safer waters and are able to swim back to shore.

In a Submerged Car

Your first instinct might be to take off your seat belt and open the door, which is fine if you’re still above water, but once the corner of the door is submerged the pressure will be about 600 pounds per square inch. There’s no opening it then.

Try rolling your windows down before the power is cut off; the water will come into the car quicker but you’ll also have a way out. Ken Burton, president of Panama City, Florida–based Stark Survival, tells The Washington Post, “To break a window, aim for a side window, never the windshield. Windshields are several layers thicker. Don’t take off your seat belt until you have opened a door or window. Grip the steering wheel before you unbuckle. You’ll need something keeping you tethered so that you can pull yourself out of the car.”

Once the water is at your chin, take a couple deep breaths, then hold your breath and wait until the water fills the car pressurizing it. Then unclip and get out of the vehicle, “Don’t worry about going up or down. When you take all those deep breaths and hold it, it’s like you’re inflating a balloon.” Therefore swim in the direction your body is trying to go: up.

Lost in the Woods

Did you know you can make a fire using a water bottle? Or a compass with a paperclip? Check out how to do that, plus more– it could come in handy if your next camping trip takes a turn for the worst.

The best piece of advice you can learn from watching all those adventure shows is that if you ever get lost in the woods, try to find a river and follow it downstream. All rivers flow into a larger body of water which will help you navigate. And if you are on a mountain, they all flow downhill towards the base.

Any time you’re heading out into the wilderness, you should have a basic survival kit, which, according to the New York State Department of Environmental Conservation, should contain matches, fire starters, a flashlight, a map and compass, medications, something for shelter, a signal device, a knife, food, water, and cord or rope.

As for survival, try to build a shelter as soon as possible in case there are predators or any unpredictable weather. Next, you’ll want to find drinkable water and create a fire. If you’re able to create a fire (hopefully you have seen Cast Away) then you can make any water drinkable by boiling it.

Oh, and make sure you know how to tie a good knot before any adventure in the woods. It will surely come in handy.

In the Middle of an Earthquake

Since everyone keeps saying the Really Big One is right around the corner (and they have been for 50 years), it’s better to be safe than sorry. Though most of us were always taught in school to get in a doorway, that is no longer the case.

Ready.gov has a page dedicated to earthquakes where they explain what to do. If you are inside, then get under a table that is sturdy and away from windows or doors. If you are outside then stay away from buildings, street lamps, and anything electrical.

If you happen to be in bed then stay there. Don’t try to move around in the dark because you could get hit with debris. Always cover your head and neck and try to avoid anything that could fall on top of you like ceiling fans, lights, or televisions.

You may want to cut soda from your diet, but maybe you should reconsider banning it from your home.
Read
Weird

Because if you don't know what Roadkill Fries are, then you're missing out.
Read