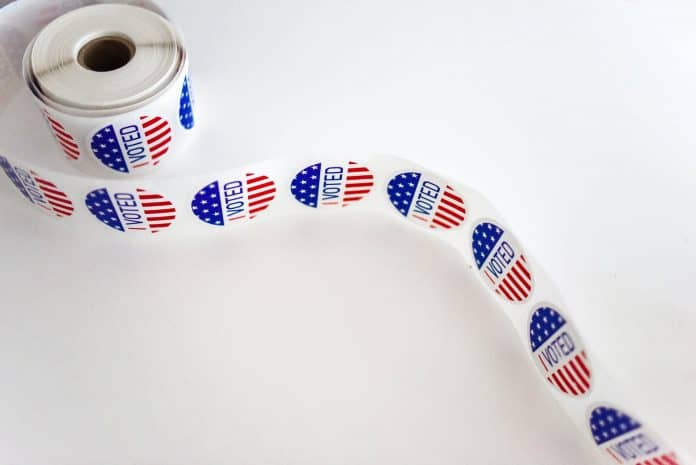 The final Presidential debate of 2020 will be held from 9 to 10:30 p.m., Eastern Standard Time, on Thursday, Oct. 22, 2020. Former Vice President Joe Biden will square off against President Donald Trump at Belmont University in Nashville, Tennessee, while Kristen Welker of NBC News will moderate.

Americans will be watching to see whether either candidate presents a clear vision for the future of the United States, and URBO will be watching to see whether a fly lands on either candidate’s head. In anticipation of what will surely be the most civil debate ever aired, we’re presenting some questions that need to be addressed on Thursday night.

Will either candidate start randomly screaming?

The Commission on Presidential Debates has announced that both candidates’ microphones will be muted at random points throughout the debate, sometimes when they’re in the middle of answering a question. Political operatives on both sides of the aisle believe that this is a test to see whether either potential President will start randomly screaming and sobbing.

These are two tested candidates who’ve played these types of games before — while either might randomly scream, we don’t think the sobbing will start until next year’s inauguration — but we wouldn’t be surprised to hear some random screaming throughout the night. The stakes are high, and both candidates know that.

Will Joe Biden wear a hat?

While Biden’s performance in the first Presidential debate was widely praised, the former Vice President shocked some analysts by leaving his hat — a brown fedora — at home. Biden’s campaign has largely hinged on reinstituting hats as a central component of male fashion. President Trump, on the other hand, has mocked Biden’s hat, insisting on his own colorful bowtie and beanie.

Look for Biden to come out swinging. He’ll likely wear the fedora, and if he doesn’t, he’ll have a lot of ground to cover to silence his critics.

Which candidate will be able to eat the 50 eggs?

As is tradition, both candidates will be presented with a tray of 50 eggs, which they will need to consume by the end of the debate to show the strength of their willpower. In 2016, Hillary Clinton successfully finished 20 eggs, but refused to eat any more, insisting that she needed to address a question about national healthcare; prior to her performance, George H.W. Bush held the modern record with 15 eggs.

No candidate has finished the entire tray since Lyndon B. Johnson in 1964. That performance was widely criticized, as Johnson insisted on quail eggs. Will either of the 2020 candidates follow suit, or will they attempt 50 chicken eggs, as the Constitution requires? Time will tell.

What’s Donald Trump’s opinion of his own performance?

The President has never said whether or not he thinks he’s doing a good job. Hopefully, with enough pressing, he’ll finally weigh in.

Biden, for his part, has said that he thinks Trump “could have done a few things better.” We’ll be watching closely to see if he expands on that blistering criticism, though it’s likely that Biden will simply revert back to his catchphrase, “It’s me, Joe Biden, and it’s party time in the nation’s capital.”

Will either candidate repeat the speech from Independence Day?

Both candidates have been criticized for failing to repeat Bill Pullman’s speech, which is widely considered to be the greatest speech in American history.

Time is running out. At a certain point, Americans will have to ask: Does either candidate really know the speech by heart? Look for the Commission on Presidential Debates to press the issue.

Will the moderator mention the ending of Game of Thrones?

Pundits say that this would be a savvy move — while nobody’s really talking about the HBO hit anymore, we’re all still wishing that HBO would announce that the entire last season was a joke and that they’ve been secretly holding onto the real ending for over a year.

We still don’t know whether either Presidential candidate explicitly approved of the last episode, though Biden is on record saying that there was “a lot of malarkey, but also you can kind of see what they were going for.”

Ideally, moderator Kristen Welker will show the episode in its entirety, as despite its numerous flaws, the ending of Game of Thrones will inevitably make more sense than whatever the hell happens in the final 2020 Presidential debate.

Previous articlePunching A Bear In The Nose: Good Defense Or Bad Idea?
Next articleThese Art House Owners Live With No Regrets: The Whimzeyland Experience