9 ’90s Trends That Are Making A Comeback 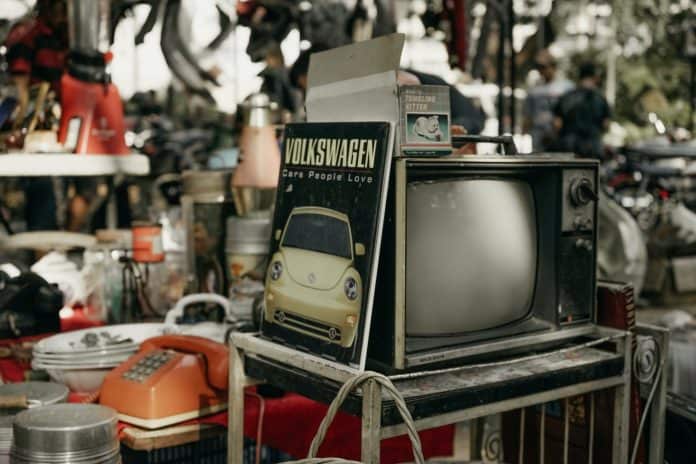 We’ve all seen VH1’s I Love the … series and relived the glory days of whatever era you were raised in. Well for many of us, it was the 90’s. They were the best of times, and the worst of times, but mostly the best. For the most part we are happy about the ’90s trends that are making a comeback today (but definitely not all of them #momjeans).

Our society has had a love/hate relationship with one of the most famous pieces of jewelry in the last 30 years. Yes, you heard that right, the ’90s began almost 30 years ago. Try watching any movie in the ’90s and you’ll be sure to find a handful of girls wearing chokers.

Everyone from the Spice Girls to the ladies on Friends rocked a choker. Even Princess Diana got in on the look, albeit in a decidedly fancier fashion.

Then, with the new millennium they faded away quicker than Jonathan Taylor Thomas. But like they say, history repeats itself, and sure enough the chokers are one of the biggest fashion comebacks to date.

And they don’t always have to be black plastic chokers. In a piece for The Odyssey, Bianca Marin elaborates, “There are so many different ways to wear chokers now. There are diamonds, pearls, silver and even gold chokers, anything you can think of can be turned into a choker. Once you see how these chokers can turn your boring outfit into something completely different, you’ll have to go and buy yourself one.”

If you think hard enough, you’ll remember seeing everyone from the Olsen twins to Julia Roberts wearing denim jumpers in the ’90s.

They weren’t just for girls either; thanks to OshKosh B’gosh, boys and girls were rocking the onesie jean jumpers. While jean overalls have been around since the 1700s, when factory workers wore them, the ’90s put them in pop culture like never seen before.

The New York Daily News reported in 2014, “What began as an economical way to maximize comfort during battle and long workdays has since evolved into fodder for designers like Donna Karan.”

Thanks to the grunge movement, Ghost, Party of Five, and every other movie and television show, these jean jumpers were everywhere including the opening of The Fresh Prince.

Now we see them making a huge comeback as the Kardashians and Jenner family wear them, and every other celebrity out there has at least one photo in the jean overalls. They are pretty handy, except for when you have to pee.

The pixie cut has been around since the days from Ava Gardner in the 1940s, Audrey Hepburn in the ’50s, and then became widely popular in the 1960s with the likes of Mia Farrow, Jean Seberg, and Goldie Hawn.

It may have died down a little in the ’70s and ’80s, but it made a strong comeback in the ’90s with Madonna, Winona Ryder, and Demi Moore all taking the pixie plunge.

It seems every “it” girl donned the short ‘do at some point in their career in the ’90s, so it’s no surprise it is making a strong comeback today. Need proof? Look back at the recent Met Gala, where Katy Perry showed up with a new, platinum blonde pixie cut. Cara Delevingne’s gone hairless, but she painted a silver one on her head.

People seemed to be really loving the look on Big Little Lies actress Zoe Kravitz as she made waves with her new platinum pixie cut, resembling a Jada Pinkett Smith of the ’90s. Kravitz showed a photo of her new hair on Instagram to a flurry of positive comments, including “I’m shaving my head now.”

Michelle Williams, who’s rocked short hair for years, may have to grow her hair out now since her look is almost becoming too trendy.

If you go back and watch and piece of television of movie in the ’90s that assimilates pop culture (Empire Records anyone?), you’ll see that floral print dresses were everywhere.

They could be turned punk with some Dr. Martin boots, fancy with some heels, or casual with some Converse. They were also usually paired with one of those choker necklaces we mentioned above. These days you don’t have to be at Coachella to see the comeback of floral prints.

Just look on social media and you’ll find modern celebrities and us normal folk wearing them as well (not me, I’m a guy, but, you know, some guys might; google “Kurt Cobain in a dress”).

And don’t act like you didn’t see the photo of Selena Gomez and The Weeknd at Coachella, where she was wearing a blue floral dress.

In an article about current trends for Who What Wear, Kristin Nichols writes, “Spring is in full swing, and celebs have embraced it by wearing the season’s most popular print—anything floral. The classic motif is showing no signs of letting up!” Looks like this trend isn’t going anywhere anytime soon, so hopefully Forever 21 stores still exist. (They do, right?)

This trend of awkwardly fitting jeans is one we hope is reaching the end. It’s really not the best look, even back in the ’90s when the likes of Madonna, TLC, and, you know, the entire cast of Beverly Hills, 90210 were repping them.

These days high-waisted shorts are the most popular which are a little better than the jeans, but at least people aren’t wearing Jncos anymore… yet.

And lest we forget the hilarious Saturday Night Live sketch starring Maya Rudolph, Rachel Dratch, Tina Fey, and Amy Poehler rocking the hell out of those light-colored, pleated monstrosities.

That being said, a fashion editor at POPSUGAR, Nikita Ramsinghani, tried the mom jeans trend and you know what, it actually worked for her.

But for us mere mortals, let’s go back to the normal jeans that don’t make it seem like you’re in a bad music video on TRL.

You don’t think we could write an article about ’90s fashion trends making a comeback and leave out one of the most influential pieces, do you? When you think of flannels in the ’90s you’re probably overwhelmed: in everything from My So-Called Life to Pearl Jam and Nirvana, people were wearing flannels.

We’re happy to say that after the emo phases of the early 2000s, we have pulled the flannels back from our closest and strapped them around our waist. Men, women, boys, and girls are all sporting flannels these days; whether it’s for actual warmth and worn on your upper body, or for sport and tied around your waist, flannel is a must-have.

In an article on The Trend Spotter, author Taylah Brewer pontificates on flannels: “Nothing says cool and casual quite like a flannel shirt. While the garment may be simple, it’s also a wardrobe staple that every man should own. Although the name may induce thoughts of the country, it’s time to think again. Flannel has made a comeback and is now regularly spotted on the streets around the globe.”

Flannel is one of those multi use tools in the wardrobe, like the Swiss army knife of clothing—and hey, if you’re wearing a flannel in 2017, we would also assume you have one of those own you as well (for the bottle opener, of course).