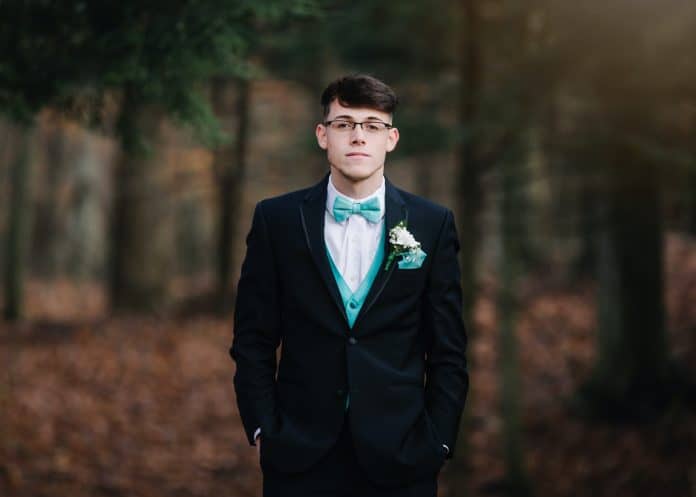 17-year-old Stephen Vigil wanted to give his grandmother something special for her 92nd birthday.

So, Stephen decided to ask her.

“She doesn’t have much time left,” Stephen said, “so I didn’t even have to think about the decision to take her to prom.”

He asked, and she said yes. There was just one hurdle: The school had a rule preventing students from bringing guests aged 20 years or older to the prom. Stephen explained the situation to his principal, Joe Lewis, who immediately waved the rule.

“I’m just so happy we could do this for her and the family,” Lewis said.

Prior to the big day, Stephen took his grandmother on a weeklong trip to Florida, paid for by the Dream Foundation, an organization that grants wishes to terminally ill adults. During Mother’s Day Weekend, the pair spent time at Arlington National Cemetery, where Julia was able to visit the graves of several family members.

Then, it was time for the big dance.

“We laughed, we talked, we had coffee and we had juice,” Julia said. “It was just wonderful.”

Principal Lewis also greeted the pair with a special sash for Julia—and a silver crown, which paired nicely with her blue dress and red corsage.

“My first prom is with my special grandson,” Jarman said.

“I’m so glad we’ll both have these memories,” Stephen added.

The situation is similar to another heartwarming story from Summerville, South Carolina.

Connor Campbell, a high school junior at Pinewood Prep, took his own 93-year-old grandmother, Betty Jane Keene, to the prom—again, after learning that she’d never gone to her own prom.

Connor noted that his friends supported his choice, and as he told the Charlotte Observer, they wanted to dance with Betty.

“He had told all his friends,” she told ABC News. “Every boy and girl. It was about 100 children at that dance and it was so lovely and they all came up and shook my hand and then I got Connor to dance with me. He’s not a dancer, but I am.”

“I had a wrist corsage with pink roses. He had a pink rose boutonniere,” Keene said. “He had a pink tie and vest with his tuxedo. He’s such a handsome boy.”

Keene said that her favorite part of the evening was dancing with Connor—but added that she doesn’t think she’ll attend next year.

“I won’t go next year,” she told the Charlotte Observer. “I want him to find a girlfriend.”

These two young men set great examples, and they’re sure to remember their prom nights for the rest of their lives. All proms are, of course, memorable, but Connor and Stephen will have incredible stories to tell their own grandchildren one day.