Started From the Top: 10 Rappers Who Had Paper Before They Even Made Music 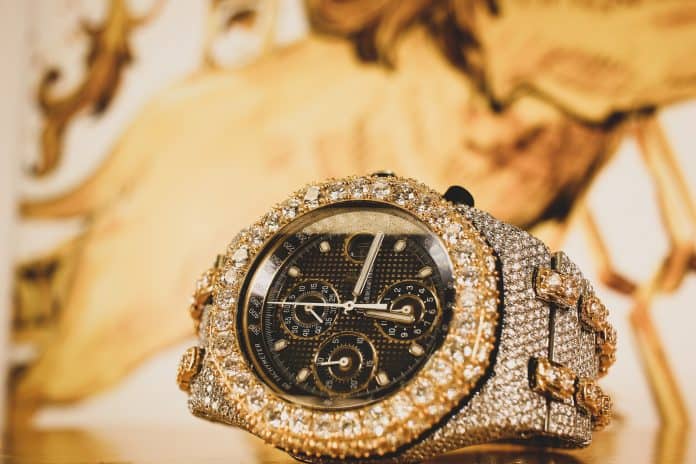 While most rappers start at the bottom, some were at the top long before they ever began a hip hop career. In some cases, they could have done well without ever picking up a mic, but fortunately for us (or unfortunately, depending on how you feel about their music), they jumped into the game anyways.

The LMFAO rapper hit it big with “Party Rock Anthem,” but he was rich long before he and his cousin started wearing weird suits and sunglasses.

Redfoo is the son Barry Gordy, founder of Motown Records. For decades, Motown was the highest earning African American business. It eventually relocated to Los Angeles, and Polygram paid over $330 million for the full Motown catalog in the 1990s. That means that Gordy got paid in a very big way. He was adopted into the Rock and Roll Hall of Fame in 1988.

It’s safe to say that Redfoo has music in his blood (along with a hefty fortune in his bank account).

This rapper is actually the son of Michael Mauldin, an executive at Columbia Records. Mauldin was also a talent manager, and he’d organized a show for Diana Ross in 1982. At that show, Dupri got on stage and danced, his first exposure to the spotlight.

Later, Mauldin was able to get his son into a hip hop group called Whodini. Dupri eventually became a successful record producer in his own right, producing Usher’s chart-topping single “You Make Me Wanna.” That led to more and more opportunities, until Dupri’s name was in the credits of dozens of hit records through the late ’90s and early ’00s.

This rapper’s real name is Alan Daniel Maman, and he grew up in Beverly Hills. That’s not to say life was always easy, but, well, he went to school with Angelina Jolie. Maman’s father was a dentist, which allowed for a pretty comfortable upbringing.

Still, Maman eventually decided to desert Beverly Hills to pursue his dreams of being a rapper and producer—that takes a lot of guts. Obviously, he was successful, and he’s still one of the most sought-after producers in the game.

Okay, you might not have heard of “frat rap” star Chet Haze, but he had a decent single with “White and Purple (Northwestern Remix).” At NU, it was a hit, and Haze might be headed for stardom.

Of course, it helps that his real name is Chet Hanks. Yep; he’s the son of Tom Hanks. Talent apparently runs in the family.

You knew Drake would be on this list, didn’t you? The charismatic rapper started out as a child star, as he had a regular role on “Degrassi: The Next Generation,” a Canadian teen soap opera. In the show, Drake gets shot and spends several seasons in a wheelchair.

But even if you don’t count Degrassi, Drake was doing pretty well as a kid. His father is a drummer who once worked with Jerry Lee Lewis, while his mom was a florist. Drake’s starring spot on Degrassi certainly helped the family live comfortably, but we can’t knock the hustle—Drake earned that money.

With that said, “Started from the bottom” might be putting it a little strongly, Drake.