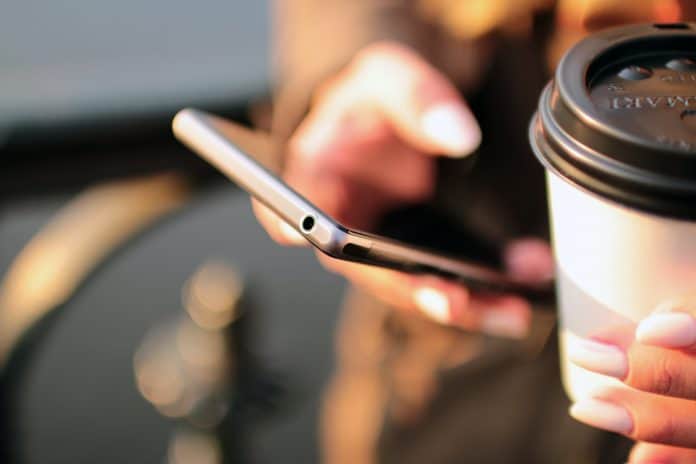 Texting is the go-to mode of communication these days. But that doesn’t mean we can’t still respect the English language and text correctly.

Let’s hope you don’t have any of these annoying habits when you are texting. But if you do, they might be something you want to consider changing.

There is a two-way street here that seems kind of tricky, but in this day and age, there is a general rule to live by when texting. If your text consists of one word, then you should not use a period. For instance, if someone asks if you want to get dinner and you respond “Sure” (no punctuation), that comes across as more sincere than saying “Sure.” with a period, as a study covered in this NPR article explains.

But if you are texting more than one word, then you should be using the proper punctuation, whether you’re asking a question or finishing a full-length sentence with a period or even an exclamation point. The study concluded that people tend to think a one-word text with a period gives off a kind of blasé feeling, as if you’re just wanting to end the conversation, in contrast with a word sent without a period.

As for the full-length sentences with appropriate punctuation, it shows that thought went into the text and helps the text to be read with a more natural tone of voice.

Any cell phone these days has spell check enabled, and while sometimes it can be really “ducking” annoying, it is meant to help you and the person receiving your texts. Use it, please. No one is trying to unscramble your jumbled letters, and lots of mistakes can make you look uneducated.

Some people say their biggest pet peeve with texting is using the wrong spelling of a word, like not knowing the difference between “they’re” and “their” or when to use the correct format for the word “to/too/two.” If you practice the right grammar in text, you’re more likely to follow suit when it comes to work emails and professional documents.

It’s also a good idea to try to limit your abbreviations. You may save one whole second by skipping a letter or two, but the adverse effect can have consequences. Both women and men say that having bad texting skills is the biggest turnoff when communicating with someone via a dating app.

So please, no more “Whut u up 2 2nte” texts. It’s like trying to decipher hieroglyphics and is quite off-putting from a getting to know you standpoint. Unless you’re in sixth grade. #AIM

Has this ever happened to you? You write out a text and put some effort and thought into it. Then you see the little bubble with the ellipses appearing, and you wait patiently to see their response but all that comes back is “K” or “cool”? It’s infuriating.

We should hold a trial for anyone who ever types the single letter K as a form of response unless they are literally texting out the alphabet. It causes more fights that cheating. Okay that’s an exaggeration, but a Match.com survey showed that single letter as the biggest turnoff while texting between single men and women. Let’s just remove that from our vocabulary.

Although “cool” is better, it’s not great. But it can be made so much better by adding a word or two. For instance if the message is “Is it cool if I pick you up at 7 pm?” Which response would you prefer? “K,” “Cool,” or “Yeah that’s cool, thanks”?

This entire issue deserves a moment in the sun where we can all agree that if you need to apologize, it should not be done via text. Although it’s not necessarily a huge deal if you apologize that you can’t make dinner tonight, it is a big deal if it’s an apology for actual wrongdoing, a break up, or anything else of importance.

When you apologize face to face it shows the other person respect and allows them to see you and understand that you do in fact feel bad—which is a lot easier to be lost in a quick five-word text exchange.

In this article, Gary Small, a professor of psychiatry and aging at UCLA, says, “The digital world has rewired teen brains and made them less able to recognize and share feelings of happiness, sadness or anger.”

It’s important to place a higher value on face time above texting. And we don’t mean the FaceTime on an iPhone (although even that would be a better way to talk and apologize than texting).

Sometimes this happens by accident, and sometimes you confess a major secret to someone and then you see those three little dots appear and disappear for 20 minutes and you’re left in a panic.

We’ve all been there, holding our breath as we know the other person is typing. Sometimes a few words come out, sometimes it’s a paragraph, and sometimes it’s a single word, which is an annoyance all on its own, as we covered earlier.

The takeaway here is that we all know when the other person is typing, editing, and retyping. So if you’re having a big conversation a great thing to do is type out your text in your notes and then copy and paste. It helps the other person not have an anxiety attack, and it also helps you to not feel like you’re on the spot and being watched.

One more thought: Be careful not to type an accidental letter and then close out of the message app because it will look like you’re typing for minutes, hours, or days.

This rule isn’t so much about the person you are conversing with as it is about the people around you. As noted in this article, “A darkened theater is the number one most irritating place for you to use your smartphone.”

The next two are places of worship and restaurants. If you go out for a meal and the person you are with is on their phone texting or scrolling while you are talking, it might be time to find a new friend.

And texting in the theater is an egregious faux pas. People began going to movies in the 1920s to escape their daily lives and live in a world of fantasy. Nobody should ruin that magic for anyone else.

When you go to a movie, turn your phone off—or on sleep mode at least—because even the buzzing of a message can be disturbing for those dramatic moments. Especially if you’re in a group text.

Most people love a good group text now and then. We may have a few going with different groups of friends, especially if there is an event going on. But, there is a line that should not be crossed, and although the line is fine, it is there.

Be mindful of how often you are texting in a group chat and how many people you are looping in. If you want to know who’s in for the hockey game this weekend, sure. But if you’re asking a question or trying to share an article, do that on Facebook or privately.

People can get really irritated when they’re looped in a group chat without their consent and their phone blows up with 150 messages while they’re at work. At least now you can remove yourself, but we all have that one friend who will add you right back.

Previous articleStarted From the Top: 10 Rappers Who Had Paper Before They Even Made Music
Next articleThe Dark Truth About The Girl Found “Living With Monkeys”