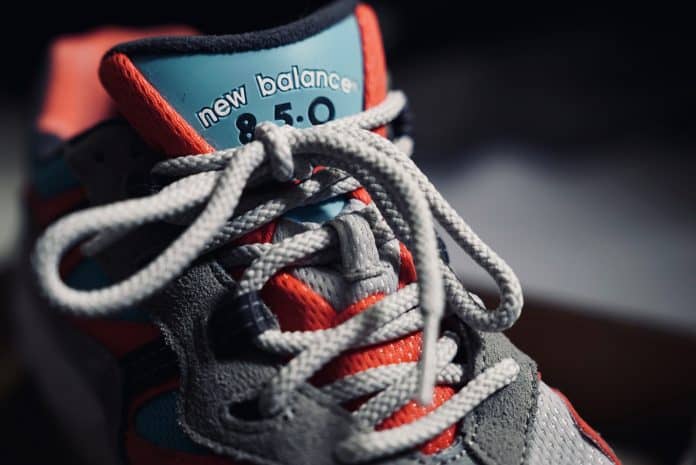 Every time you turn around, new words are sprouting like useful weeds. Old words are tumbling from the shadows of history. Contemporary words are, just, like, standing there, feeling left out.

Point being, there are a lot of words that aren’t commonly used, but that describe stuff you’d recognize—even stuff you might like to talk about. Here are our favorites.

This plural noun describes a cat’s whiskers. A single whisker is a vibrissa.

If cats could speak English, we’re pretty sure this is what they’d call their whiskers. Cats are really self-important.

It’s the foam on a popular fizzy beverage. Why do we get the sense that we’re playing Balderdash all the sudden?

This is the string of non-letter characters that publishers use in the place of profanity.

Here’s a hint: Aglets traverse eyelets. Who was it that said, “It is easier for an aglet to get through the hole of an eyelet than for a rich man to pass into the Kingdom of Heaven without some sort of aglet-like hat?” Oh, that was us, and it is nonsense.

Anyway, you guessed it. Aglets are those little plastic sleeves that cap off your shoe laces to make them easier to thread. “Eyelets,” if you’re wondering, are the little round holes that you thread shoelaces through.

If you could bottle the smell of the air after the spring’s first warm rain, you’d make a fortune (we’re looking at you, Demeter Fragrance Library!) Even better, you wouldn’t have to pay your marketing department to come up with a fancy name. Just call it “Petrichor.”

This word describes that smell. We know, we know; it sounds like the name of a Tolkien villain. But there’s nothing villainous about petrichor, unless you need the rain and it has just departed for who knows how long? Oops, there go the warm-and-fuzzies.

This is an anatomical term referring to that bit of skin that separates your two nostrils (or any two nostrils, really).

Don’t confuse it with a septum; the nasal septum is the wall of tissue between nostrils itself. The columella is just the skin at the bottom.

That’s not a typo. We assume you already know what a curlicue is. Anyway, replace that “c” with a “p,” and you’re describing the empty space between your outstretched thumb and forefinger.

This sounds like a serious medical condition, but you’ve probably suffered from it yourself. It’s just the fancy way to say that your foot is asleep.

You know how raspberries are little clusters of juice-filled spheres surrounding seeds that are bound to get caught between your teeth? Each of those little spheres is its own drupelet.

This is how Chaucer would have told his pilgrim buddies that his stomach was rumbling. When your belly growls, it’s wambling.

Wamble comes from the Middle English, but pedants like us still use it today.

Meet the word that wins our personal award for “most useful.” Dysania describes the state of difficulty getting out of bed after an interval of sleeping. We admit it: We experience dysania daily.

Some people get really excited about pencils. They collect them, they sharpen them, and sometimes they even write with them. If you’re one of those people, you already know what a ferrule is.

It’s the metal band that connects the eraser to the pencil’s wooden shaft. So now you can warn your kids not to chew on their ferrules. They could break a tooth.

This is wholesome. We swear it.

The vagitus is simply and adorably the cry of a newborn baby. (Do not ask us about the etymology; we’re scared to research it at work.)

It isn’t the latest sword-and-sorcery video game from your favorite design studio, but we can forgive you for thinking that.

Nope, griffonage is a word that’s decidedly of our own time, place, and reality. It’s a noun that describes scrawled, illegible handwriting.

Cute, huh? The word “pip” actually has a lot of different definitions. It might refer to a tiny fruit seed. It might also describe a segment of a pineapple’s skin.

But since we’re sort of on the subject of games, pips are also the little dots on dice and dominoes. If you’re more of a table tennis fan, those tiny little bumps that cover one side of your ping pong paddle are also called pips.

Anatomy is full of amazing words. In fact, why isn’t there a poet who only writes about the human intestines? Jejunum, duodenum, ileum: The assonance is rich (and we are studiously avoiding a pun right here).

Every rose has its thorn. Every night has its dawn. Every cowboy sings a sad, sad song, and every bottle of soda has its ulage.

This fun-to-say word refers to the empty space between the top of a bottle and the liquid inside. It really is fun to say. Go ahead. Try it.

Think about this one for a moment. What’s a “ball-peen hammer?” It’s a hammer with a flat side and a semi-spherical side.

From that you can deduce that a peen is nothing more than the opposite side of a hammer’s business end. If you deduced that, you are right, because that’s exactly what a peen is. For the rest of you, gross.

Phew, this list is not for 13-year-olds. A tittle is the little dot that you use above the horizontal line of the letter “i.”

Look, we just used a tittle. So should we say that we titillated that letter? We should not.

Okay, you really can giggle at this one. Nature has seen fit to provide us with enough objects that kind of look like butts for us to require a word that describes just that state. Hence, natiform.

This is a condition you develop, at least a bit, when you think no one is looking at you in your car.

It’s the scientific term for compulsive nose-picking. Stop that.

You know when you close your eyes and rub them how little fireworks go off? That’s not just you! It happens to everyone, and those little points of light are called phosphenes.

It’s not just a football word.

Glass bottles that have a little indentation at the base also have punts. In fact, those indentations are called punts.

Some bibliophiles get so obsessed with books that they become biblioklepts.

The word refers to people who compulsively steal books. Librarians are not fond of biblioklepts.

Wow, we are so deep into Dungeons and Dragons territory it’s nuts. Except that we aren’t.

Your closet is full of armscyes. The word just refers to the shape of a garment’s armholes.

It is very possible that you have a tattoo of a lemniscate somewhere on your body.

You might know the lemniscate as the “infinity symbol.” Mathematicians know it as the polar equation r 2 = a 2 cos(2 θ ).

To all the Drama Club kids out there: We know you already know what defenestration is, and that you use the word and its cognates with tremendous glee.

This is for people who don’t know that there’s a word that describes the act of throwing someone or something out of a window. Oops, we just gave away the definition. So defenestrate us already.