8 Common Misconceptions About The RMS Titanic 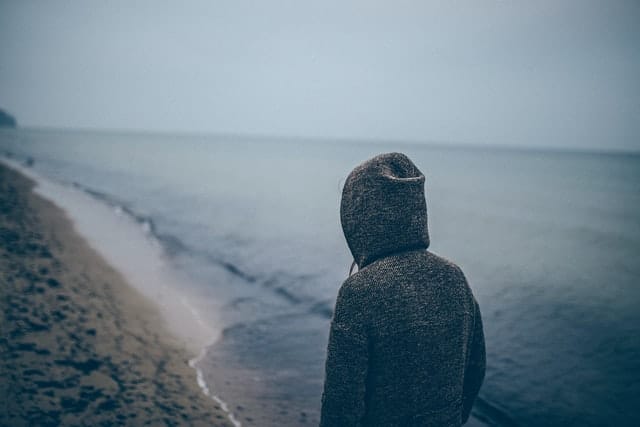 Billed as “unsinkable,” the Titanic is a classic story of hubris and greed…except that it isn’t. Here are eight myths that you probably believe about the RMS Titanic.

1. It was never actually promoted as an “unsinkable” ship.

Everyone knows that the Titanic is the ultimate story of arrogance. Its builders marketed it as the greatest ship ever built, even calling it “unsinkable,” which made for tragic irony when the ship actually sunk.

There’s just one problem with this story: it’s completely untrue.

To be fair, the Titanic was called “practically unsinkable” at times, but the ocean liner’s builders never claimed that it was completely failure-proof. Several publicity brochures from the era indicated that the Titanic and its sister ship, the Olympic, were especially safe and “designed to be unsinkable,” but these were not widespread advertising materials.

In short, while the word “unsinkable” was used, it was always carefully qualified with words like “practically” or “designed to be.” None of the builders ever ran around tempting the fates.

It’s likely that some news source found the brochures shortly after the ship sank, then promoted the “unsinkable” claim as a major selling point, creating the hubris narrative that we all know.

2. The Titanic didn’t skirt regulations by skimping on the lifeboats.

Many scrutinizers of the Titanic catastrophe blame the number of lifeboats the ship had aboard for the number of fatalities. However, as the video below explains, the Titanic not only followed lifeboat regulations, but also exceeded them.

3. The sinking of the Titanic did prompt changes in lifeboat regulations…but no, that wasn’t a good thing.

Not at first, anyway.

When America recovered from the shock of the Titanic disaster, Congress moved to prevent such an event from ever occurring again. Predictably, that ensured that a similar disaster would occur several years later.

How? Well, Congress created a law establishing that all passenger ships must have enough lifeboats for every single passenger. For ocean liners, that was good news, but boats that operated in small, shallow bodies of water were faced with a new engineering challenge: they needed to somehow build boats that accommodated the required lifeboats without becoming too top-heavy.

They failed. In 1915, a river ship called the SS Eastland set out for Michigan City and immediately rolled, killing 844 passengers. For comparison, the Titanic lost more than 1,500 people in total, but only 829 of those were passengers.

The ship’s captain was not prosecuted, but it seems that not only was the Eastland with passengers, the unreasonable lifeboat requirement also played a huge role in the disaster.

4. William McMaster Murdoch, portrayed in the James Cameron movie as a desperate villain, was probably the opposite.

In the 1997 film Titanic, First Officer William Murdoch is a somewhat tragic figure, but he’s definitely a villain, driven to insanity and cowardice in his final moments and even assaulting passengers as they try to get into lifeboats.

In James Cameron’s defense, those were some of the rumors about First Officer Murdoch immediately after the accident. But there’s no evidence that those rumors were true, and several passengers and crew members gave accounts describing Murdoch as a hero.

He launched 10 lifeboats, saving 75 percent of the survivors, and he’s remembered with a memorial in his hometown of Dalbeattie, Scotland.

The 1997 film also ignores how those initial myths about Murdoch’s apparent insanity were meant to cast him in a positive light. In one account, Murdoch ends up taking his own life instead of going down with the ship, but the narrator ends the tale with, “That’s what I call a man!”

Things were a bit different back in 1912.

Okay, this isn’t as popular as some of the other myths on this list, but some people will swear that a mysterious mummy was loaded into the ship as cargo. It reportedly belonged to a “Priestess of Amun” or “Princess of Amen-ra” and legend had it that the mummy brought great pain and death to whoever moved it.

As you might have guessed, there was no mummy on board. However, the story is pretty juicy, even if it’s fake.

Urban legend has it that four rich Englishmen drew lots to decide who would purchase the mummy after its excavation; the winner ended up dying, after which the mummy passed to the remaining Englishmen, who each died in gruesome ways. Finally, a “hardened American archaeologist” purchased the mummy and decided to move it via the Titanic, with predictable results (Note: if you read “hardened American archaeologist” and didn’t immediately picture Indiana Jones, you’re more mature than we are).

While it’s a chilling tale, the crew of the Titanic kept solid records, and anything as valuable as an ancient Egyptian mummy would certainly merit a mention in the ship’s manifest, as Snopes points out.

That’s not to say that they reached the lifeboats in the same numbers as first- and second-class passengers—they didn’t. But this wasn’t because the crew purposely prevented the steerage passengers from escaping.

The steerage passengers were largely immigrants, hoping to find a better life in the United States. According to American immigration law of the time, immigrants had to be kept separate from the other passengers. This law was designed to prevent the spread of infectious diseases (no, it doesn’t totally make sense, but that was the law).

The ship was designed with this law in mind, so the steerage deck had gates that slowed down the escape of the third-class passengers. These people weren’t locked below deck, as depicted in Cameron’s film, but they did have to travel further than the other passengers.

Tragically, many were also reluctant to leave the ship, believing that they’d lose the items that they’d brought with them from their home countries.

7. The sinking of the Titanic wasn’t the worst maritime disaster in history.

The worst disaster in history was the sinking of the MV Wilhelm Gustloff, a German transport ship sunk by a Soviet submarine in 1945. It resulted in the loss of 9,343 lives, compared with the Titanic’s official count of 1,503 people.

Okay, you’re saying, “but wasn’t it the worst peacetime maritime disaster in history?”

That’s an oddly specific question, but no, it wasn’t. The MV Doña Paz of Philippines holds that sad distinction, as it collided with an oil tanker in 1987, losing nearly 4,400 people in the process.

This isn’t to say that the Titanic wasn’t tragic; it’s still one of the four worst peacetime disasters in history. However, it’s still well known because it made for a good story—and because it carried so many affluent people.

8. The Titanic band didn’t play a slow, haunting song as the ship sank.

Every honorable crew knows that the passengers come first, and that in a disaster, crew members may have to go down with the ship. As the story goes, the band on the Titanic treated this solemn duty with true dignity.

They met on the deck of the ship, took out their instruments, and, sensing the end of their lives, began playing a somber classical tune as the ship sank beneath the waves. It’s a wonderful story, but there aren’t historical accounts to back up the song choice.

We don’t have clear information on what the band played, but passengers reported hearing jaunty folk songs and dance numbers. That certainly doesn’t make their sacrifice any less impressive—in fact, it’s even cooler than before—but it doesn’t make as great of an impression in James Cameron movie.

Still, the myth has provided us with some great works of art, including “The Sinking of the Titanic,” an art piece by composer Gavin Bryars that imagines what the solemn song of the Titanic band would sound like if the band kept playing underwater.

It’s beautiful, compelling, and a fitting tribute, but try to picture this piece with a rousing rumba. Some myths are better left undisturbed.