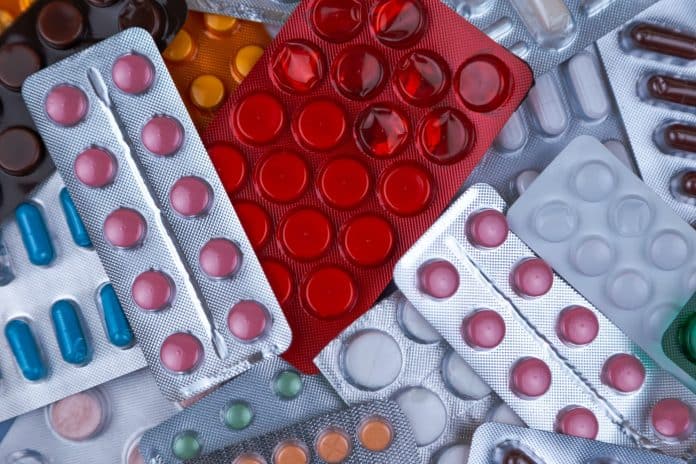 The science of taste isn’t nearly as straightforward as you might assume.

From an evolutionary perspective, it’s hard to overstate the importance of taste. It’s how we tell whether food is safe or poisonous; it’s how we detect the nutritional content of our food. Most importantly, it allows us to enjoy our gummy bears.

If you’ve taken an eighth-grade biology class, you probably have a general idea of how our sense of taste works. You chew up a cracker, and your taste buds detect the chemical compounds in the cracker, sending signals to your brain that identify sweet, bitter, sour, salt, and umami (more on umami in a moment).

However, that’s just scratching the surface of this incredible sense. We looked into some of weirdest mysteries of taste—and found some surprising explanations for various gustatory phenomena.

1. It’s not your imagination; tomato juice does taste different on an airplane.

When you’re 30,000 feet in the air, there’s something especially satisfying about a cold glass of tomato juice (or orange juice, if tomato juice isn’t your thing). Once you’re back on the ground, however, that same drink seems less…impressive. You can thank spit for this.

“You cannot overlook the importance that saliva plays in facilitating our sense of taste,” says Ron Baise, dentist and founder of 92 Dental in London. “Many of the flavor substances in food are water-soluble. That means that in order to diffuse into our taste receptors, these substances must be dissolved in water. Saliva is necessary to do this.”

The saliva breaks down the compounds in food, at which point we’re able to taste. The dynamic changes a bit when we’re slightly dehydrated. Most commercial planes are outfitted with hospital-grade HEPA filters, capable of removing 99.97 percent of bacteria along with other contaminants, per NBC News. Naturally, those filters also reduce the moisture content of the air in the cabin.

“The effect of saliva in taste helps explain why our sense of taste is altered on flights,” Baise explains. “Typically, in an airplane, the air is incredibly dry. This dehydrates us and can reduce the amount of saliva we produce.”

To put that another way, our mouths don’t have to do much work to taste tomato juice. That effect, combined with slight dehydration, makes it a fairly delicious concoction.

“As tomato juice has a very strong flavor to begin with—not least because the liquid is viscous and clings to our taste buds—), it is not all that surprising that it has a bit of a cult association with flights,” Baise says. “Other foods that are very strong in flavor, particularly the umami flavor, also have a bit of a cult following. Bacon is the obvious example of this.”

Umami, by the way, is a pretty mysterious taste; it’s best described as the pleasant sensation you get when eating meats, mushrooms, stocks, and other savory dishes. It marks the presence of protein, which is why our brains tend to love it.

2. That also explains why orange juice tastes so terrible when you’ve just brushed your teeth.

For some reason, this is a near-universal experience. Why do we insist on drinking orange juice after brushing our teeth? And why is it is so incredibly awful?

It’s a related effect; most toothpastes contain sodium lauryl sulphate (SLS), which causes the toothpaste to foam up when it contacts water. However, SLS also temporarily affects your taste buds, preventing you from tasting sweetness. As a result, the orange juice tastes extremely bitter. Rinsing with water should help diminish the effect, but for the most part, you’ve shocked your tastebuds, and you’ve got to wait a while for the SLS to wear off.

Toothpaste and orange juice is the absolute worst

That made us wonder: Why does toothpaste foam anyway? As it turns out, there’s not really any compelling reason.

SLS is a surface active agent, which theoretically lowers the surface tension of the fluids in your mouth (gross, we know), allowing the toothpaste to penetrate and clean. That’s all well and good, but other detergents might work just as well, albeit without the foam. Studies indicate that SLS might prevent fluoride from working as effectively, and some research shows that the ingredient might even increase the risk of mouth ulcers (canker sores).

Some toothpaste manufacturers have been experimenting with different detergents (presumably because bitter orange juice and canker sores isn’t an ideal combination). Unfortunately, SLS is still popular, simply because people like a nice bubbly foam with their toothpaste.

3. “Supertasters” exist, and if you react strongly to bad foods, you might be one of them.

If you react strongly to certain tastes, you might be a supertaster. It’s not exactly a superpower, but it is a recognized phenomenon.

“These are individuals who experience more intense taste sensations than the average person,” Linda Bartoshuk, professor of food science and human nutrition at the University of Florida Institute of Food and Agricultural Sciences, tells Urbo. Bartoshuk was one of the first researchers to identify supertasters (she actually coined the term), and she’s published a great deal of research on the strange phenomenon.

So, why do supertasters exist? What makes them so special?

“Part of the answer is that supertasters have more taste buds,” she explains. “However, that is not the whole story. No one knows what all of the factors are.”

That’s largely because taste is, well, complicated. We taste with our taste buds, but also with our brains and noses; supertasters benefit (or suffer) from a combination of genetic differences that make them more sensitive. Per Bartoshuk’s research, about 25 percent of the population is especially sensitive to 6-n-propylthiouracil, or PROP, a bitter-tasting chemical.

Some researchers believe that supertasters are more likely to be finicky eaters. That seems pretty obvious to us—if the taste of broccoli makes you heave, you’re probably going to insist on a broccoli-free plate. Studies indicate that supertasters choose plates with fewer vegetables, citing the bitter taste of those foods.

4. If you hate cilantro (aka coriander), blame your mother and father.

First of all, while researching this piece, we just found out that coriander and cilantro are the same plant, Coriandrum sativum. The more you know.

A genetic survey published by Cornell University in 2012 found that a genetic variant “near olfactory receptor genes” influences a person’s preference for cilantro. Basically, if you’re genetically predisposed to enjoy the herb, it’ll taste like a light, refreshing treat. If you’ve got a particularly active OR6A2 receptor—the olfactory receptor responsible for this effect—cilantro will taste something like soap.

Of course, taste is complicated, so if you hate cilantro, part of the reason might be that you don’t eat it very often. Unsurprisingly, in cultures that tend to use a lot of cilantro, individuals are less likely to hate it. However, there’s a clear genetic component here.

I seriously love the smell of fresh cilantro

5. Technically, you could taste without eating anything.

In 2015, researchers figured out how to stimulate the parts of the brain responsible for processing sweet and bitter tastes. Granted, they were working with mice at the time, but it’s a good indication that the “gustatory cortex” of our brains are responsible for a great deal of our tasting.

When scientists stimulated the bitter part of the brain, the mice made puckered faces (say it with us: Awwwww), then gagged (say it with us: Oh) and attempted to “clean rid [their mouths] of the non-existent bitter tastant.”

To determine whether the mice were tasting sweetness, the researchers had to get more inventive. They gave the mice the ability to stimulate their own sweet cortexes; as a result, the “animals aggressively self-stimulated during on-trial sessions with … activation of the sweet cortical field radically increasing licking behavior.”

Go ahead and read that sentence again. Someone had to write that out in a professional research letter without laughing.

Researchers also noted that the mildly dehydrated mice showed little attraction to water—another sign that they were experiencing sweetness, since animals are typically less likely to drink water when enjoying something sweet.

What does this mean for humans? For starters, we now know which part of the brain processes sweetness. We also have a new way to get mice to make cute little puckered-up faces. Let’s not, though.

Previous articleA Poet By Any Other Name: Why Authors Use Pseudonyms—And When It’s Not Okay
Next articleAbout Me: How To Identify A Narcissist