Shawn and Camila Prove They Are Dating…We Think? 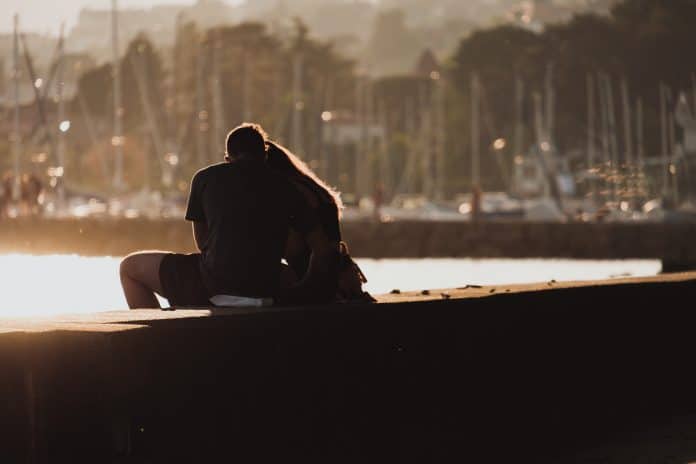 Fans have been waiting years to see singer-songwriters Shawn Mendes and Camila Cabello take their relationship to the next level, and recently, they may have done just that.

On Wednesday, Sept. 11, the couple took to Instagram to share a video in which they address criticism they’ve been getting from some people mocking the way they make out. Apparently they’d been hurt by accusations that they “kiss like fish.”

Shawn and Camila then romantically move in closer to lock lips and prove once and for all that they know how to kiss properly, when Camila suddenly shoves her entire tongue inside his mouth! They then awkwardly, inexplicably rub their open mouths together and…you know what, just watch the video for yourself.

We’d like to take this frankly frightening kiss as an opportunity to go down memory lane with our favorite maybe-fake couple in an attempt to figure out how we got here.

Where It All Began

Shawn, 20, and Camila, 22, first met while opening for Austin Mahone’s tour in 2014. Camila was still part of girl group Fifth Harmony, and Shawn was still riding the wave of his Vine success.

The couple has been teasing their interest in each other pretty much ever since; along the way, they dated other people…until recently, just after “Señorita” hit the airwaves and its steamy music video was released.

Days after “Señorita” debuted, Camila and her boyfriend of over a year, Matthew Hussey, split, People reported. After the split, Shawn and Camila started to pop up together more and more in paparazzi photos around the country.

By this time, fans were shipping Shawn and Camila harder than ever, and over the Fourth of July weekend, fans got what they had been waiting for. The couple was spotted together holding hands, kissing, and flirting.

Shawn and Camila at a Fourth of July party in Malibu! pic.twitter.com/DaoxDQnT7K

Camila then attended Shawn’s show two nights in a row.

Following the second show, the couple was spotted at a restaurant at 5 a.m., snuggling together in a booth. They concluded the weekend together by hanging out with Shawn’s mom and sister as they house-hunted in West Hollywood.

Shawn Mendes and Camila Cabello together at dawn in Los Angeles… OMG 😲 Señorita has lit the flame … ❤️ pic.twitter.com/4vsmhyib4j

From that point on, it was Shawmila sightings galore! Fans were more excited than ever. In July, the couple headed down to Florida for more of Shawn’s shows. There, they were seen getting cozy at a coffee shop, and of course, fans captured the moment.

The couple was later spotted sharing a smooch at a restaurant in the area.

shawn and camila kissing 🥰 they look so happy and in love pic.twitter.com/naE647fW3S

Over the past several months, some fans have questioned how genuine their relationship actually is. Fans noticed the couple seemed to “pose” for paparazzi shots, and for two people who had previously been so private about their personal lives, Shawn and Camila putting their affection on display for the world to see seemed pretty out of character.

can’t believe i’ve waited years for camila and shawn to get together only for it to be pr. she’s looking right at the camera like wtf pic.twitter.com/NO6BV9Sik9

Some fans even brought up Shawn’s Rolling Stone interview from November of last year when he said, “In the back of my heart, I feel like I need to go be seen with someone—like a girl—in public, to prove to people that I’m not gay. Even though in my heart I know that it’s not a bad thing. There’s still a piece of me that thinks that. And I hate that side of me.”

Shawn Mendes appears on our latest cover. Click the link in our bio to read the story in full. In the feature, the singer talks to us about his dating life, the rumors about him being gay, being skeptical of his success and more. “I broke down in my hotel room,” he says. “I started crying, and I was just like, ‘This is why you talk about shit that actually is real.’ I was like, ‘God, don’t ever fucking question the feeling of writing the truth again.’” Photograph by @RuvenAfanador

During the interview, he also recalled seeing top A-listers with their partners and said that he was starting to get a little jealous. “I had this thought: ‘I have to get paparazzied with someone. Who am I gonna get? I’m not relevant,’” he said.

On July 29, 2019, Shawn and Camila made headlines when they were spotted getting steamier than ever in a Miami pool.

OKAY but Camila is so tiny and Shawn is to tall, also their hands omg 🥺 pic.twitter.com/MAB590tQDH

The rumors never really died down, and about a month later, Shawn and Camila took home the MTV Video Music Award for Best Collaboration for “Señorita,” which they also performed together during the award show. The couple took to a stage lit by golden lights for the first-ever live performance of the song that launched the newest incarnation of their rumored romance, and throughout the steamy number, the two sang directly to one another with undeniable chemistry.

At multiple points, the pair appeared about to kiss before pulling away at the last second, leaving fans and celebrities wanting more.

More Shawmila content for your TL because it’s what we all deserve!! #VMAs pic.twitter.com/cK2klvbaaE

Taylor Swift, a friend of both halves of Shawmila, was particularly shook.

Other celebrities were also majorly disappointed.

Joe Jonas, Sophie Turner, and Bebe Rexha’s reaction to the end of the Señorita performance is priceless LMAO #VMAs pic.twitter.com/Q4CbylZTAP

The Kiss Seen Round The World

The people asked for more Shawmila kisses, and oh man, did they get them—but that cringeworthy Instagram kiss was not what people bargained for.

In the video, the pair can’t control their laughter after the bizarre make-out session, obviously having fun trolling their fans. Despite the clear joke, the sheer horror of their inept spit-swapping made fans around the world have strong reactions to the video:

everyone in the world at Shawn and Camila pic.twitter.com/qL7WjWXOb0

Many longed for the blissful ignorance of a time before they’d watched it.

me after seeing the shawn mendes and camila video pic.twitter.com/GiEDK5DMqb

Others were just solidly grossed out.

The whole tl after watching that video of camila and shawn:pic.twitter.com/SpTx1hzJNc

And even more were just sick of seeing it everywhere.

The next time I see this Shawn and Camila video on my precious tl pic.twitter.com/aRaBYQNULs

Shawn and Camila still haven’t confirmed if they are officially dating, but judging by how, um, comfortable they are with each other, we think it’s safe to say they are, in fact, a couple.

Previous articleThe Truth About Eva Gutowski And Brent Rivera
Next articleWhere Are They Now? Catching Up With Reality Stars