5 Real Pest Infestations That Give Us The Creepy Crawlies 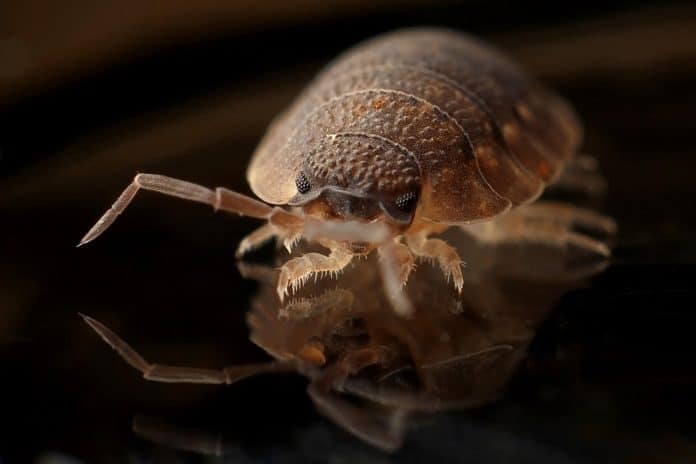 If you’re worried about lice or cockroaches, we have good news for you. Sort of.

The good news has on catch, but here goes: Most pest infestations are pretty easy to deal with, provided that you’re a clean person.

But if you’re not such a clean person, well…we’ve got some bad news. For starters, bed bug infestations have been on the rise since 2004, and millions of people get head lice every year. If that doesn’t get your skin crawling, well, we’re just getting started.

1. According to professional exterminators, one common pest is worse than all others.

“The only really scary [pest] is bed bugs, because they bite,” says Nicole Levine, owner of Bed Bug 911 in New York. “It’s horrifying … Can you imagine a mountain of trash covered in bed bugs?”

That’s not a hypothetical. Levine tells Urbo that her company regularly gets called in to clean up after hoarders—often after they received court orders to clean up their messes. Levine recently contributed to a documentary, Thy Father’s Chair, that details the experience of elderly twins with a hoarding problem. She notes that their case was one of the worst she’d seen: Stray cats, biting bed bugs, and other vermin infested the apartment, creating hazardous conditions for cleanup crews.

“That’s extreme,” she says. “Some cockroaches in electronics, that’s not extreme.”

Levine might not get freaked out by roaches, but she’s a professional exterminator. We’re not, so we’ll say it: We don’t want bugs in our game consoles. Unfortunately, bugs generally love darkness and warmth, and video game consoles provide both.

Severe cockroach infestations are sure to cause console your power issues. If your Playstation 4 suddenly powers down in the middle of a game, or if you go to turn it on and nothing happens, it’s possible that you’ve got a bunch of electrocuted roaches lying around in what was supposed to be your home’s main entertainment center.

A guy with an Atari shirt on tells us all about it in this clip from TronicsFix. You can trust him; he has an Atari shirt. According to this guy, it’s the power supply that really attracts these pests, and the PS4 makes for an especially attractive home.

Why? Well, ventilation slots make a nice front door, the power supply is nice and dark, and the space is evenly heated. Additionally, most of us store our Playstations with the vent holes facing a wall; that gives roaches plenty of cover as they venture in and out of their nice new home.

Playstation 4 consoles seem like a perfect place to raise a little cockroach family, so these little suckers settle down and make babies. They also poop everywhere. Talk about an unwelcome console exclusive!

Inevitably, one of the family members will step on two electrified points, creating a circuit with them in the middle. The cockroach gets fried, and your power supply immediately shuts down.

While the YouTube videos we found indicated that the PS4 is especially prone to infestations, we’d like to note that console repair technicians aren’t exactly entomologists. After all, we know that cockroaches also love other types of computers, so it stands to reason that they’ll get into any warm space they can find—they’re not Sony fanboys.

A quick word of advice: If you ever see cockroaches coming out of a console, a TV, or any other electronic device, be sure to carefully unplug the device before spraying it with insecticides, lighting it on fire, and fleeing the state.

Unfortunately, we’re not done with the roach stuff, because…

That’s not the only place that cockroaches love to hang out.

If you’re reading this article with a cup of coffee in your hand, you might want to skip this video. But if you’re not, take a look. You’re going to want to know how to take proper precautions against this potential roach invasion.

3. Bugs might be living on your eyelashes right now.

Feel free to scream for a few seconds before continuing.

Demodex mites are tiny arachnids that live on your eyelashes or, less frequently, your whole face. Because life is a nightmare, these parasites might also live on the “mons veneris, buttocks, and in the ectopic sebaceous glands in the buccal mucosa,” according to a remarkably unpanicked article in the Indian Journal of Dermatology.

The most common species of these unholy face invaders is called Demodex folliculorum, which translates into “lard worm of the follicle.” That’s appropriate, because these mites basically eat human lard—they dine on secretions from glands that surround hair follicles. For dessert, they’ll have the dead skin cell pie. Technically, then, they are carnivores. Tiny wormlike carnivores that live on your face.

Again, if you’d like to scream, go ahead; we’ll be here when you get back.

Demodex don’t usually cause any symptoms (apart from pure horror). However, when they get really busy, they might cause dermatological conditions like rosacea, loss of eyelashes, and blepharitis, which is like dandruff for your eyelashes.

The good news is that these unsettling critter have only been found in 10 percent of skin biopsies and 12 percent of follicles in a clinical context. The bad news is that that’s 1 in 10, and if you know nine other people with perfect skin, you might hold the short straw (that’s not how statistics work, but just roll with it).

There’s a version of Demodex that lives on dogs, but we don’t have time to get into that. We’ve got a more pressing horror for man’s best friend. Asian lady beetles, who look just like adorable little ladybugs, occasionally treat dogs’ mouths like an Airbnb.

Veterinarian Lindsay Mitchell warns of the symptoms of this unthinkable infestation.

“If your pet is drooling or foaming at the mouth, look for these ladybugs,” she wrote on a social media post that included a picture we will never unsee. “They cause ulcers on the tongue and mouth and have a very painful bite.”

Don’t take your rage out on the actual ladybugs. Actual ladybugs would never live in your dog’s mouth and cause ulcers; they are far too ladylike for that.

“This is an animal that eats eggs, small mammals, snakes, lizards, birds, maybe even a house cat,” Lewis Single of the Lowry Park Zoo told ABC Action News. “That’s a species I would be more concerned with in Hillsborough County than the Burmese python.”

That’s right; a trained expert is more scared of tegus than actual pythons. We’re on his side, too. These things have mouths full of razor-sharp teeth and a bad attitude (at least in the wild).

“A big lizard can be a very exciting animal for a young kid to run across, they want to catch it,” Single said. “If they want to grab a large tegu, they could get sent to the hospital.”

No one knows exactly how these lizards got to Florida, but it certainly wasn’t on a cheap flight from the Midwest. Most likely, someone (or, more likely, several people) bought a tegu or two as an exotic pet and then let them go. Nature took its course, and Florida was left with yet another invasive species.

If you see a tegu, don’t mess with it. Remember: teeth and claws. Just take a picture and contact the Florida Fish and Wildlife Conservation Commission. And for the love of all things feline, keep your cats indoors, Florida residents.