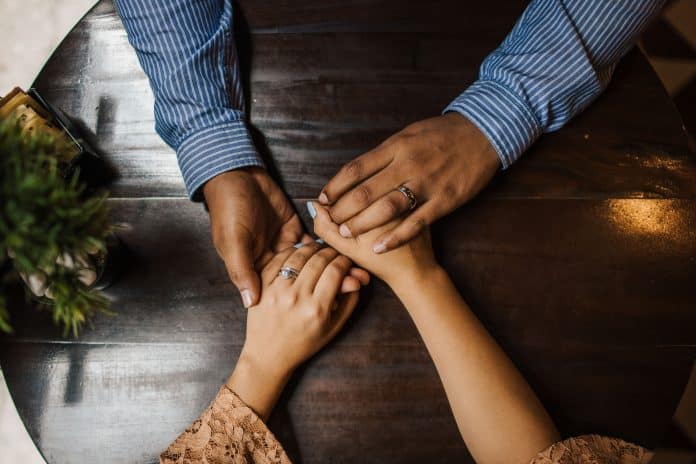 On a first date, many of us try to hide our flaws. We want to put our best foot forward to impress the person with whom we’re out. That can mean hiding things we’re uncomfortable with regarding our bodies, not revealing facts about our past, and other embarrassing details we feel are better left unsaid. One woman, however, decided to come clean with her date about something that had the potential to be very embarrassing.

She was appearing on the British television show called First Dates, which, as the title suggests, follows two on their first date. This woman, Eve, was out with a young man named Jordan. The date was going well, so she decided to open up about something.

Eve revealed that she suffered from a health condition that caused her problems throughout her life. She’s had it since childhood and it affected her social life and self-confidence. That’s why she would grow up to become a beauty consultant to help others overcome their issues with their body.

This woman suffers from alopecia. Alopecia is an auto-immune disorder in which the body doesn’t recognize its own skin cells and thinks they’re a foreign body. It ultimately leads to hair loss. In some cases, it is just patchy hair loss that affects one part of the body. In Eve’s case, however, it caused her complete baldness on her scalp.

She had been wearing a wig on her date, which Jordan may have noticed, but he didn’t say anything. When Eve revealed that she was completely bald, Jordan responded with a simple, “OK.” He didn’t seem fazed by it at all.

After this revelation, Eve took off her wig to reveal her bald head. She did that right as the server came over to get their order. The server looked completely stunned, but Jordan just smiled as he stared at his date.

As she took off the wig, it was apparent in her face that she was unsure how this would go over with her date. Eve looked a bit sheepish, but she was willing to put herself out there and show the world, and Jordan, what she really looked like.

It turned out, she had nothing to worry about. Jordan just looked at her and said, “Oh wow… it suits you.” And he was right. Even though she didn’t look like other women, it was a look that completely fit her. When she went to put the wig back on, he said to her, “Keep it off.”

From the look in his eyes, you could see that Jordan wasn’t simply being nice — he was sincerely smitten by her look and genuinely wanted her to feel comfortable with her appearance. It was such a warm, sweet moment on a first date.

This just goes to show that maybe people shouldn’t be so insecure on first dates. Maybe the “flaw” you’re trying to hide is actually viewed as a positive by your partner. Eve’s brave decision to take off her wig is a great lesson for us all.