6 Common Sayings That Mean The Opposite Of What You Think 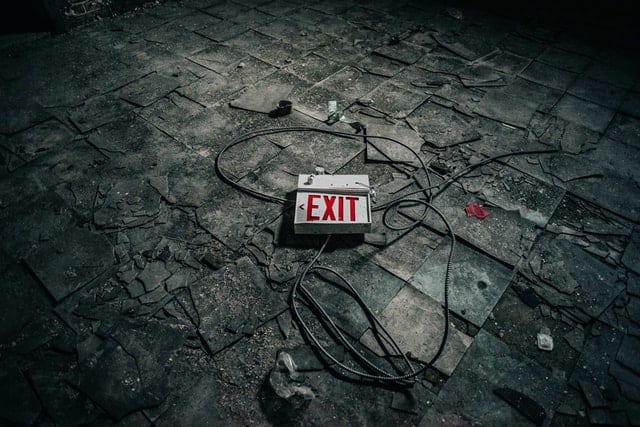 Proverbs are intended to teach people wisdom (and make those spewing the proverb look wiser.) Some are really helpful and make you think “hmmm…that makes sense”; and others, not so much. We often think of proverbs as ancient advice from our forefathers, but interestingly, a lot of the ones that are in use today have been changed so much over the years that they sometimes mean the opposite of their original intended message! And sometimes they just don’t make any sense.

Here are the 6 most common proverbs that have been handed down to us that we use completely the wrong way.

Punch “carpe diem” into Instagram’s search engine and you’ll be bombarded with pictures of people seizing the opportunity to make the most of their day. The translation of this is saying is only somewhat accurate as the phrase continues to, “carpe diem, quam minimum credula postero” which means, “pluck the day, trusting as little as possible in the future.”

Interestingly, the original purpose of this proverb was not to seize the day and ignore the future, but to seize the day and prepare for the future. It was originally used by the Roman poet Horace in his Odes Book. He was a follower of a philosophy known as Epicureanism (taught by Epicurus), which held that pleasure was the most important part of life and that it could be attained through simple living.

The phrase “carpe diem” was made popular again in modern times by the blockbuster movie Dead Poets Society which inspired every high school student to use the phrase as their graduation motto. Today, it’s still (incorrectly) used as a battle cry of living life to the fullest—to heck with the future.

“Money is the root of all evil.”

This proverb, as adapted in modern day times, warns that all of the evil and misfortune in the world are caused by money. However, this translation is only halfway correct, as it was misquoted from the Bible.

It should more accurately read, “the love of money is the root of all evil.” It may sound like a small difference, but read closely: it means that money itself is not the cause of all problems but, instead, it’s the love of money.

Attaining and keeping your wealth is considered morally fine, as there is nothing morally wrong with money. The proverb warns that when our love of money overtakes us and causes us to do immoral and wrong things, that’s when it becomes a problem.

“Children should be seen and not heard.”

A maid referred to a young woman and instructed that they were the individuals who could keep company with others, but their voices should be silenced while doing so. The proverb was first known to be recorded in the 15th century by Augustinian clergyman John Mirk. It was written in his collection of sermons and was known as a “saw” or a saying.

It’s believed that some confusion over the term “mayde” may have contributed to the change in saying. A mayde or maiden today is believed to be a young, unmarried woman; way back when, the term could have meant any woman (married or not) and could have also referred to children.

“The devils in the details.”

Today’s version of this proverb cautions to be careful of mistakes that can be made in the details of a project, threatening its success. However, the original intended message didn’t name the devil but instead, named God—and went like this, “God is in the details.”

This message was a positive one and instructed that in paying attention to the smaller details one could be greatly rewarded! No one knows who invented this proverb but it was often used (not surprisingly) by the artist Michelangelo, German-born architect Ludwig Mies can der Rohe, and art historian Aby Warbug.

An earlier version of the proverb read, “the good God is in the detail” and was attributed to French novelist Gustave Flaubert.

One of the most famous and used proverbs, “curiosity killed the cat” warns all to take care to not be too curious, because bad things can happen. This modern-day, catchy proverb didn’t start off like this but slowly morphed into a different meaning as centuries passed.

The earlier phrase was actually “care killed the cat.” The phrase didn’t mean the literal caring of the cat, but actually meant the word “care” to mean “worry” or “sorrow.” The proverb was first coined and used in 1598 in the play Every Man in His Humour.

In 1898, the proverb lived on in Brewer’s Dictionary of Phrase and Fable with: “It is said that ‘a cat has nine lives,’ yet care would wear them all out.”

Twenty-five years later, by 1922, the phrase had taken on a different form altogether in Eugene O’Neill’s play Diff’rent, and that’s the form we’re used to hearing today.

“Speak of the devil…”

Another common phrase (and one that most of us have said at least once in our lives), ”speak of the devil” is used when a person shows up at the exact time they were being talked about by others. In today’s version, the word “devil” implies nothing evil; however, it’s original intent was a little darker.

The original proverb was “speak of the devil and he shall appear” and originated around the 16th century. It is believed to have been first recorded in 1666 by Giovanni Torriano in Piazza universale di proverbi italiani as, “The English say, Talk of the Devil, and he’s presently at your elbow” and instructed that if you talked of the devil or named him, he would appear.

This proverb, which looks a lot like superstition, believed that at the mention of the Devil’s name, one would experience, at best, bad luck. It slowly morphed over time, from a warning of misfortune to a warning that included speaking about someone behind their back.

7 Modern Cases Of Feral Children Raised In The Wild

Think kids living among the animals like Tarzan did are only fictional tales? Here are true cases of kids raised by wolves, monkeys, and leopards!
Read
Lifestyle

Life Hacks That Will Make You Say “Why Didn’t I Think of That?”

These ingenious tips, tricks, and solutions to common problems are simple, smart, and straightforward.
Read
Lifestyle

Ditch these habits and your clothes will last so much longer.
Read