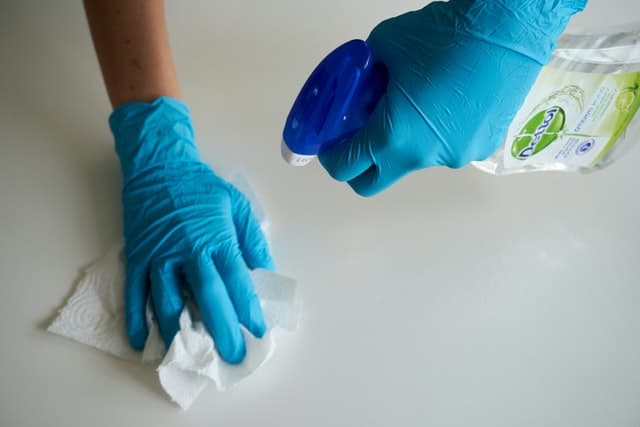 Walk into the Global Harbour Mall in Shanghai, and you’ll see a curious sight.

Bored men sit inside small glass chambers, playing video games on systems wired into the enclosure. These enclosures are called “husband pods.” The idea is that men would use them because apparently, men don’t want to shop while women do. We’ll let you make up your mind about that.

This information comes from a Chinese publication called The Paper. Maintenance equipment manufacturers commented on the “husband pods,” but unfortunately, we don’t read Mandarin, so we have to rely on hilariously bad translations, courtesy of Google Translate:

“Many men accompany his wife shopping long time, you can relax to her husband rest room, playing games, spend some time while the wife can also no longer worry about her husband urging Go home and be at home in shopping malls.”

Luckily for the shamefully monolingual, like ourselves, the BBC also issued a terse report on the subject. They quote a Mr. Yang, who told The Paper that the pods are “really great.”

“I’ve just played Tekken 3 and felt like I was back at school,” he said.

“There’s no ventilation or air conditioning,” complained a man named Mr. Wu, quoted in the BBC story. “I sat playing for five minutes and was drenched in sweat.”

Love them or hate them, either way, husband pods exist. But why?

We are living in the last days of a cultural institution.

Today, everyone just sits at home and orders stuff online. Why face the sun if you don’t have to?

Chinese malls are engaged in the same struggles, which is ironic because China is still in the grip of mall-fever. Between 2014 and 2015, the nation contained 44 percent of all the new malls in the world, reports The Guardian. Regardless of the excess of malls, these temples of consumerism entered the battle against online shopping as well—and they’re not going down without a fight.

“Successful malls in China have already begun to evolve, knowing most visitors go to eat, be entertained and go shopping—in that order,” according to that piece in The Guardian.

The husband pods are part of this mission. The simplest narrative is that they’re a gimmick, designed as much to spark debate on social media as to entertain henpecked men. These chambers play to ancient stereotypes about men and women, and that’s just the sort of thing people love to argue about online.

But is there any truth to the stereotype? Do men and women really behave so differently in shopping malls?

According to this piece, women use the two hemispheres of their brains interactively. While men use the left hemisphere, which governs logic and, who knows what else.

“In the context of shopping, this different brain structure leads to men tending to be mission- and task-oriented shoppers while women are more likely to be discovery-oriented shoppers who readily adjust their initial goals if this would result in a more satisfying outcome,” claims the post.

Shopping habits aside, we’ll be playing Tekken 3 in a small glass chamber.