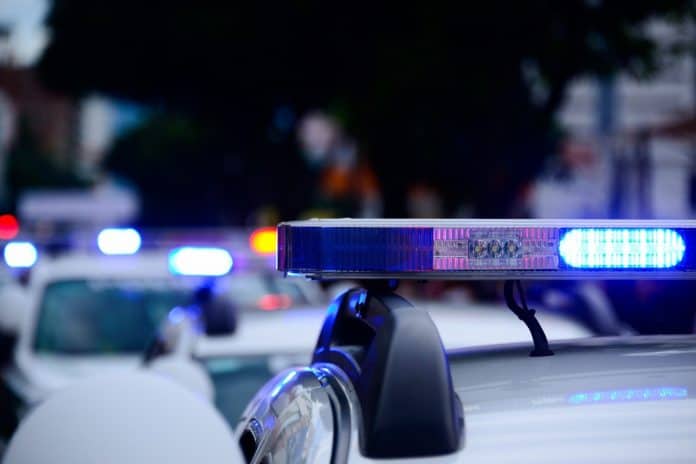 Morrie and Betty Markoff have managed to make it 78 years without killing each other.

Morrie is 103 years old and Betty is 100. The Los Angeles residents are about to be the only married couple featured in “Aging Gracefully,” a photo book of centenarians by Karsten Thormaehlen.

Betty doesn’t pretend that it’s been a seamless ride for the two.

“We’ve had plenty of run-ins, oh my God … but he never hit me, and I never hit him. Though I think I pushed him once.”

Still, neither would take all those years back. And it might sound contradictory, but Morrie has never told Betty he loves her.

According to Morrie, the phrase “I love you” is too possessive.

“It’s controlling and demanding,” he told The Guardian. “The word that I would rather use instead is ‘caring.’ You care about people. ‘Care,’ to me, has a much deeper meaning. Love is an esoteric word, but one that people also use to mean all sorts of off-hand things. ‘I love playing tennis,’ and such. I hug Betty constantly, I kiss her constantly, I care very much about her.”

The two met in New York City in 1939 at a wedding. Betty found Morrie very handsome with his curly black hair, and she let him drive her home after the evening ended. The two dated briefly before Morrie returned to California to live. There was no grand proposal.

“Oh, [heck] no,” Betty said. “He never proposed. He just asked: Would you like to live in California?”

Morrie sent her money for the bus and she made the four-day trip to L.A. They found a cheap rabbi who said, “May the marriage be as pure as the gold in the ring.” The two had to stifle their laughter because they had bought a fake gold ring.

Betty loved L.A. and everything it had to offer; the mountains, the beaches, the climate.

Morrie ended up with his own appliance shop and made sculptures from the scrap metal for air-conditioner repairs. The couple traveled a great deal and Morrie used these excursions, whether they be camping or exotic, to flex his photography muscles. When he was 100 a gallery in L.A. put on a show of his sculptures, photography, and paintings.

Throughout the years the two also bonded more over politics. Morrie was a member of the Communist Party U.S.A., and Betty was once thrown in prison for an hour when she was caught handing out the party’s leaflets. They didn’t want to overthrow the government, though. The couple were staunch supporters of Roosevelt and especially excited about Obama.

Other than that, the couple don’t have a real secret to their long marriage.

As for the secret to their long lives, Betty points to a seventh grade nutrition class. She always prepares meals with proteins and vegetables and the two used to take a three-mile walk every morning for decades.

Morrie, on the other hand, remembers swimming as a child in a river that had a lot of trash and sewage. He wonders if that built up his immune system. Or maybe he just has good genes — his father lived to 94 despite being a heavy smoker. Morrie used to smoke as well, but quit when he got tongue cancer.

The day before his 99th birthday, Morrie had a heart attack. At the hospital they were putting in a pacemaker and he flatlined. The family went to the meditation room to grieve, but returned to find Morrie alive and making jokes.

In their old age the two are slowing down. Betty says she doesn’t walk as well and she gets confused. Morrie has to use a mobility scooter. But the two still go out for breakfast, and they’ve found other ways to enjoy life, such as observing the children playing in a nearby fountain.

Morrie says he’s never experienced boredom. He has too many things to do and books to read. He even finished writing a memoir recently. He doesn’t believe you need much money to live a fulfilling life.

And of course, the two have always had each other.

Previous articleLate Teen’s Letters Are Now A Precious Reminder To Tell People You Love Them
Next articleNew Research States Children Inherit Their Intelligence From Mother, Not Father