Good News, The Saddest Dog In The World Now Has A Home 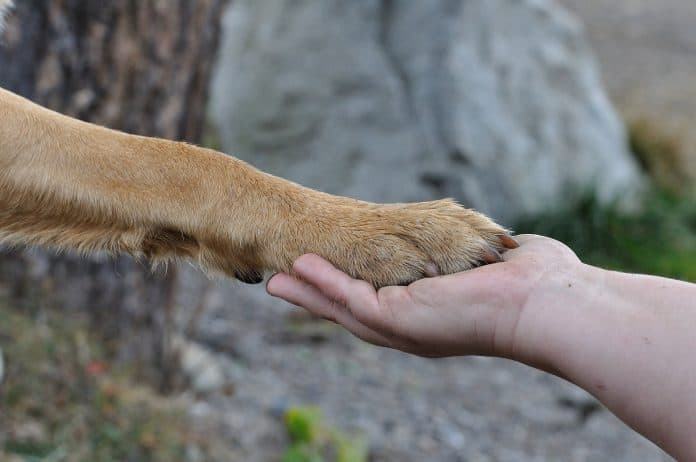 In August of 2014, Ontario-based Rescue Dogs Match made a hopeful post on their Facebook page seeking a foster home for a pair of seven-week-old mixed breed puppies, “Lana the little tan female is spunky & sweet,” they wrote.

These two furballs were being rescued from Mexico, having been born among at least 10 other puppies to a street dog. Lana was the runt of the litter. With so much competition from her bigger siblings, Lana really had to work to make sure she got enough food.

Rescue Dogs Match specializes in placing strays and surrendered dogs in foster housing until the animals can find their fur-ever homes. Just a couple of months after arriving in Canada, Lana was formally adopted. She seemed to be a real life success story.

Less than a year later, though, the following picture was shared with the world:

“URGENT FOSTER HOME NEEDED FOR LANA!!!” the October 2015 post read. “THE SADDEST DOG IN THE WORLD”

It seems that Lana never completely learned now not to be competitive at meal time. The tan pup would occasionally display what Rescue Dogs Match called “guarding issues.” Lana would sometimes revert back to her days as the runt of the litter who had to be aggressive in order to get a meal.

The pup’s adoptive humans were okay with this until Lana snapped at the mother of the home during feeding time. This behavior scared the family and they weren’t willing to risk the wellbeing of their children with those aggressive acts.

Lana went back to the boarding shelter, where she became despondent, as you can see in the heartbreaking picture.

“Lana is currently in boarding and she is not doing well,” wrote Rescue Dogs Match. “She will only come out of her kennel for TWO people so we are there every day to make sure she gets walked, fed, and has some time to destress. Lana is still a timid girl in unknown environments. When she is with people she knows and trusts, she is silly and sweet.”

Lana was in a temporary foster home within a week or so, but it wasn’t until February of the next year that Lana found what she thought would be her next fur-ever home. This stint, though, lasted only four months. She ended up spending the next three months in a boarding kennel.

On September 15, 2016, Rescue Dogs Match had another rough headline, “Sadder than Sad – The Saddest Dog in the World Lana Still Needs a Home.”

It’s not clear what happened with her second adoptive family, but it sounds like those guarding issues came back up again.

Since the fall of 2016, Rescue Dogs Match has shared several updates on Lana. She’s been in good foster situations for the past nine months, but the organization still hopes to find this 3-year-old dog the perfect — and permanent — fur-ever home.

Lana has recently found a fresh foster family. It’s not permanent, but it will do for now.

Rescue Dogs Match “does not give up on their dogs,” they shared in an update to a May 5 post. “We have had more difficult dogs in our program for longer than Lana and have successfully placed them. RDM would like to thank everyone for their concern and support and we will keep you updated.”

If you know someone who’s great with dogs, doesn’t have kids, has a lot of times and space, and who lives in Ontario, have them get in touch with Rescue Dogs Match. If you want to help a devastated doggie like Lana in your neighborhood, the Shelter Pet Project can help put you in touch with a pup in need.

Previous articleThe Incredible Evolution Of The Rock
Next article3 Brides Pose For Photo In The Same Dress. Now Look Closely At The Middle Bride’s Face…