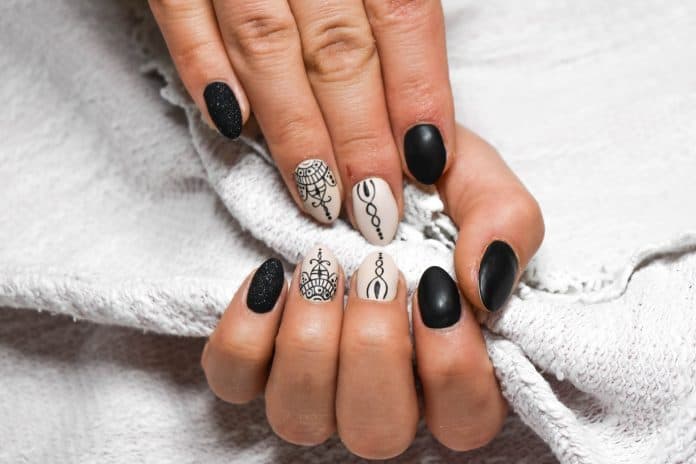 You might think nail polish is a modern creation, but civilizations were painting fingernails for centuries before the modern mani/. The story of women and their nails can tell us a lot about where we’ve been, and maybe even where we’re heading.

Archeologists discovered manicure equipment in ancient Egyptian that dates back to 3000 B.C., but the history of nail polish goes back even further. The trend most likely started in China, where we’ve found polish that dates back to the 11th century B.C. Turns out, painting your nails is a fashion trend that’s as old as they come.

In these regimented early societies, men and women painted their nails different colors to show off their social status—or lack thereof. In China, the royalty preferred silver and gold polish. Average citizens could only wear light pink or other pastel colors. If an average woman was caught wearing noble hues on her nails, she’d face dire consequences.

The Era of Handmade Paint

The ancient Egyptians and Chinese used minerals and natural ingredients to make their polishes. Chinese manicurists used beeswax, egg whites, gelatin, and vegetable dyes to create bold colors. Egyptians also used plant or berry based dyes. Henna was particularly popular during the Age of the Pyramids.

While the Chinese carefully painted each nail, most Egyptians dipped their entire fingertips into the paints or dyes. In fact, Cleopatra almost always rocked henna-dyed hands.

The Advent of Modern Polish

Nail polish as we know it today was introduced in the U.S. in 1916. At first, manufacturers only offered clear, colorless polish. A few years later, they started marketing colored nail polish. We have an unusual source to thank for that innovation: the burgeoning automotive industry.

Production of automotive paint inspired the creation of colorful nail polish, eventually driving the fashion craze. Today, both products contain ingredients that are so similar you can use nail polish to fix scratches in your car’s finish. That said, we wouldn’t recommend painting your nails with automotive paint.

In the past, colorful nails weren’t the only way to wear your social status on your hands. The wealthy also insisted on clean and perfectly trimmed nails. Nail shapes, not just polish color, remain an ever-changing expression of the fashion ideals of the times.

Initially, people considered manicures to be a medical procedure, but fashion was always the real goal. Clean and well-rounded nails told everyone you lived a life of leisure and wealth.

However, nail styles changed with every decade. Women kicked the short/round style to the curb by the end of the 1930s. Joan Crawford changed the game with pointy nails painted deep shades of red. Photographs of the star helped to popularize the style. Who could resist that look?

During the 1950s, longer, almond-shaped nails were all the rage. Stars like Elizabeth Taylor and Lucille Ball helped to spread that style. Between the 1960s and the 1980s, Western culture celebrated extra-long, oval or “squoval” shaped nails (The squoval shape is just what it sounds like, somewhere between a square and an oval). Since the beginning of the 1990s, nail trends have been a mixed bag; women wear all lengths and shapes of nails.

Nail art has evolved quite a bit since the early 1900s when only a few colors of polish existed. Today, people can even win records for growing out their nails. The current world-record holder for the longest fingernails is a woman from Utah named Lee Redmond. Redmond started growing her nails in 1979, and she carefully tended them until they were over 28 inches long.

Redmond lost her long nails in an automobile accident in 2009, and we’ll leave it up to you to decide if that’s a tragedy or a relief. Redmond herself is okay with the change. A 2009 AP story reports that “Redmond…says it’s now much easier to do things and her hands seem to fly with the weight of the nails gone.”

The record-holder also said she wouldn’t grow her mega-nails back a second time, but who knows? Maybe 30-feet fingernails will be the next big trend in nail fashion.