The Bizarre History Of The Okeh Laughing Record 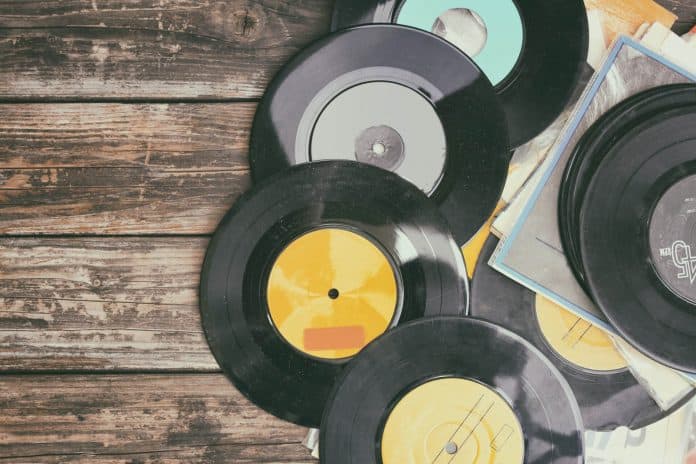 Formed in 1916, Okeh Records has a storied history.

The record label pioneered the practice of on-location recordings, using mobile trucks to catalog the works of dozens of early jazz and country artists. In the 1920s, Okeh printed thousands of records for African American blues and R&B artists, bucking the conventions of the era. In the 1960s, Okeh Records played a significant role in re-introducing Little Richard to a wide audience.

But the record most commonly associated with the label might be “The OKeh Laughing Record.”

Described by the Library of Congress as “one of the most unusual, (in its way) influential, and surprisingly enduring novelty records ever recorded,” “The OKeh Laughing Record” is exactly what its name implies. It begins with a cornetist playing a sad, mournful tune. Suddenly, a woman’s laugh interrupts the performance, temporarily stalling the solo. As the cornet continues to play, the woman keeps laughing, and soon, a male laugh joins her.

That’s really all there is to it. “The OKeh Laughing Record” is fundamentally simple, but also strange—and its unusual nature quickly made it into an international sensation.

Most sources agree that the record was recorded in Berlin in 1920 for the Beka label. Opera singer Lucie Bernardo is likely the female laugher, while musician Otto Rathke is the male voice. The sad cornetist is probably Felix Silbers. The trio made six recordings for Beka over the course of a single day’s session.

Why did three professional musicians make such an eccentric recording? It was a remake of “The Misfortunes of Youth” by Henry Clauson, another record that attempted to use the contagious power of laughter to drive sales (sadly, we couldn’t locate a copy of Clauson’s original recording).

Beka’s new “song” became a hit, and its owners quickly began exporting it to other labels.

Okeh Records was one of the lucky buyers. The company promoted their recording with newspaper ads, describing the skit as “a riot of fun,” noting the “laughs, gurgles, [and] chuckles at every turn of the disc.”

But “The OKeh Laughing Record” may have had another important effect.

As for the original recording, it hasn’t aged well. These days, “The OKeh Laughing Record” sounds slightly sinister to modern listeners. Others find it obnoxious.

“It is annoying, but you can’t help but laugh,” wrote one listener on The Talking Machine, a forum for antique phonograph recordings.

“It’s not a record I ever thought of playing again,” wrote another.

While “The OKeh Laughing Record” probably won’t rise back up the charts anytime soon, it’s certainly a compelling piece of Americana—and if you haven’t heard it, it’s definitely worth a listen.