Man Claims To Have Finally Captured A Clear Photo Of Bigfoot 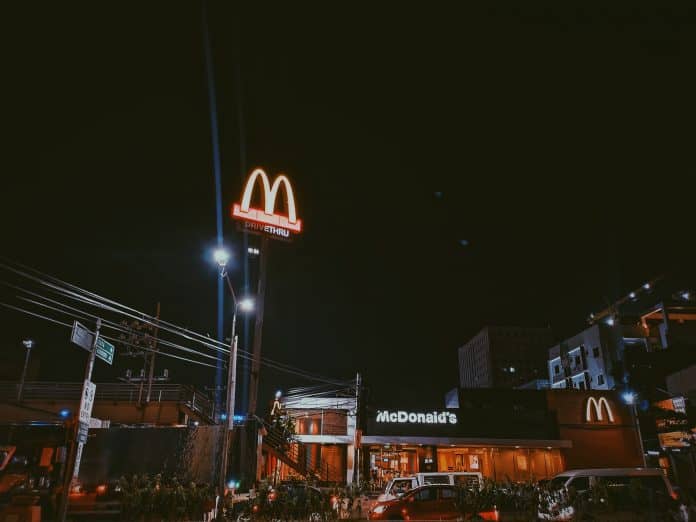 Sasquatch is real, and he lives in Virginia.

In 2014, Randy O’Neal took a photograph of Bigfoot—a legendary simian-like creature said to inhabit the forests of the Pacific Northwest.

O’Neal put his photos into a video, which he posted to YouTube in a clip titled “Bigfoot Discovered: Evidence Caught on Camera.” In overlaid text, he writes that he’d seen Bigfoot once before—25 years earlier.

“Make what you want of it, but this is real s***,” the video reads. “My memories and experiences have made me a believer … Feel free to pause, copy, zoom, [sic] to prove this is fake.”

So, is this proof of the legendary cryptid? Many YouTube users don’t think so, and in the comments, O’Neal strikes out at them for their disbelief.

“I have better things to do with my life than a hoax for pleasure,” O’Neal wrote.

“When I first posted one of these pics on Facebook, it was just to share with friends and family who have heard my childhood story times. I was quickly contacted by a friend who encouraged me to make this into a youtube video before someone stole my images.”

Assuming the photo isn’t manipulated, we’ve got a potential explanation.

Black bears are indigenous to the forests of Virginia, and the shy, rare creatures occasionally stand on two legs. From a distance, they can look like apes, and many skeptics believe that most Bigfoot sightings are actually black bear sightings. O’Neal’s photo might fit the bill; here’s a juvenile black bear for comparison.

And while we’re taking O’Neal at his word, many other Bigfoot sightings have been hoaxes.

The most famous Bigfoot footage is the 1967 Patterson–Gimlin film, named for its two creators, Roger Patterson and Bob Gimlin. Both men denied that their footage was fake. They’d set out to make a Bigfoot documentary, and miraculously, they’d stumbled across the mythical beast in North Carolina.

But in 2002, Philip Morris of Morris Costumes claimed that he’d built a gorilla suit for Patterson. As he told a reporter:

“The Bigfoot researchers say that no human can walk that way in the film. Oh, yes they can! When you’re wearing long clown’s feet, you can’t place the ball of your foot down first. You have to put your foot down flat. Otherwise, you’ll stumble. Another thing, when you put on the gorilla head, you can only turn your head maybe a quarter of the way. And to look behind you, you’ve got to turn your head and your shoulders and your hips. Plus, the shoulder pads in the suit are in the way of the jaw. That’s why the Bigfoot turns and looks the way he does in the film. He has to twist his entire upper body.

However, Morris hasn’t provided evidence to back up his claim, and he hasn’t been able to produce another suit that looks like the Sasquatch from the Patterson—Gimlin film.

So, it seems there’s no concrete evidence to credit or discredit the footage. Looks like we will have to keep waiting to see if the legendary creature really walks among us.