Johnny Gosch, One Of The First Children To Appear On A Milk Carton, Is Still Missing 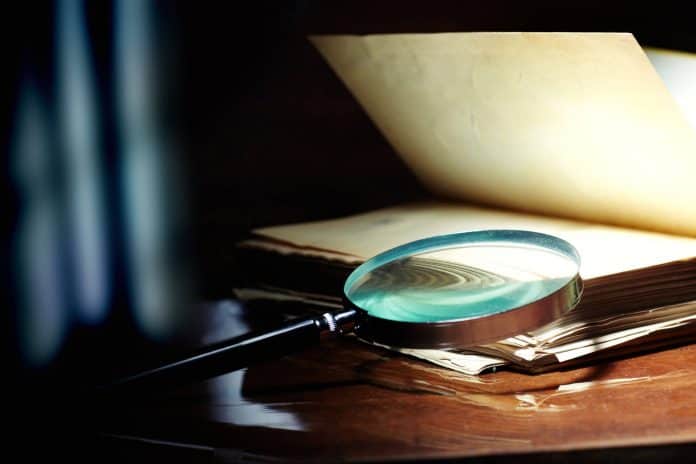 Anyone who was around in the ’80s remembers “milk carton kids.”

While the idea of putting the photos and information of missing children on the side of milk cartons is one of the more macabre pieces of Americana, believe it or not, before 1982 there was no nationwide system in place to help parents find missing children.

And while the program was instrumental in the return of many missing children, one of the original “milk carton kids,” Johnny Gosch, still hasn’t been found.

On the morning of Sunday, Sept. 5, 1982, 12-year-old Johnny Gosch left his home in West Des Moines, Iowa, to deliver newspapers for The Des Moines Register, as he did most every Sunday. Johnny, along with the family’s dachshund, Gretchen, left the family’s home at about 7 a.m., heading to the Register’s paper drop. Other carriers report seeing the pair shortly after. That was the last time Johnny was seen by more than one witness.

One of the Gosches’ neighbors, a man named Mike, told police that he saw young Johnny speaking to a man in a blue Ford Fairmont with Nebraska plates from his bedroom window, but he was too far away to hear the conversation. Mike also reported that he then saw Johnny being followed by a different man as he walked away down the street.

That was the last time young Johnny Gosch was ever seen.

Before long, Johnny’s parents, Noreen and John Gosch, started getting phone calls from people along Johnny’s route complaining that they hadn’t gotten their papers. By 6 a.m., John Gosch went looking around the neighborhood for his son. He quickly found Johnny’s wagon full of papers just two blocks from the family’s home.

John immediately returned home and called the West Des Moines police to report the disappearance. At that time, there was no distinction between children and adults when it came to missing person reports, which meant that Johnny couldn’t officially be classified as “missing” until 72 hours after he was last seen.

In the years since, Noreen has continued to criticize police for both the lack of distinction between missing minors and adults, in addition to what she considers an abysmally slow reaction time. According to Noreen, police didn’t arrive to speak with her until approximately 45 minutes after her husband called.

Because of the young Gosch’s abandoned wagon and the neighbor’s account, police began to suspect that Johnny had been kidnapped, but they weren’t able to come up with any motive for the kidnapping.

Hardly any evidence ever surfaced, and no arrests were made in connection with the case.

Dismayed by sluggishness and skepticism on the part of local police, John and Noreen Gosch took it upon themselves to organize search parties, contact the FBI, and reach out to the media to make public pleas for Johnny’s return.

Two years later, in 1984, another paperboy from the Des Moines area vanished under eerily similar circumstances. Eugene Martin, like Johnny Gosch, was delivering newspapers when he was last seen in on the south side of Des Moines.

For the first time in history, Des Moines’ Anderson Erickson printed photos of both Johnny Gosch and Eugene Martin on the side of their half-gallon milk cartons, establishing a years-long tradition.

Soon, other dairy companies around the nation began to follow suit, bringing the images of missing children to kitchen tables, lunch boxes, and cafeterias around the nation. Before long, Child Find of America and Operation Lookout National Center for Missing Youth spearheaded a national campaign to place the faces of missing youth on the side of cardboard milk cartons.

According to Melody Gibson, co-founder and treasurer of Operation Lookout, “In our eyes, the Milk Carton Campaign was highly visible whereby children were found and hundreds of families were impacted.”

Despite the general success of the program, the fate of Johnny Gosch is still a mystery.

His mother, Noreen, however, has continued to make claims of a bizarre string of occurrences related to her son’s disappearance, including telling police that her son was seen just months after his disappearance yelling to a woman for help before two men dragged him away.

That claim has never been independently verified.

Noreen later reported that a knock at the door awakened her in the early hours of a morning in March 1997. She said that she was greeted by a 27-year-old Johnny and another man she didn’t recognize when she opened the door.

“We talked about an hour or an hour and a half. He was with another man, but I have no idea who the person was. Johnny would look over to the other person for approval to speak,” she later told The Des Moines Register. “He didn’t say where he is living or where he was going.”

Noreen Gosch went on to write and self-publish a book about her son’s disappearance. The book, Why Johnny Can’t Come Home, is an account of what she believes her son went through after his disappearance, based on the work of private investigators hired by the family and what Johnny said during the alleged 1997 visit.