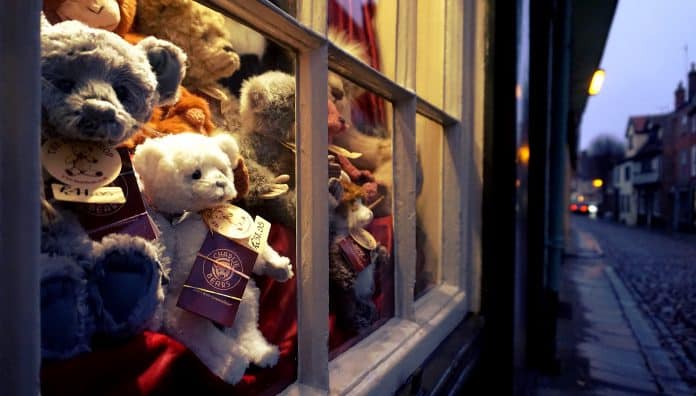 These days, the Beanie Baby craze of the ’90s is a textbook example of bubble economics.

The CEO behind the toys, Ty Warner, manipulated supply and demand, they say. One writer called the enthusiasm for Beanie Babies “Mass Delusion.” It’s safe to say that the adorable collectibles of our youth have fallen out of favor.

The irony is that, for the right Beanie Baby, you can still net quite a fortune. Buyers are still out there. After the bubble burst, a new market developed—second-tier collectors who are willing to pay first-tier prices. Check this out, and then check your closets. You could be sitting on a bean-stuffed goldmine. Here are the six most valuable Beanie Babies on the market today.

The Princess Diana Beanie Baby has long been a legend among collectors. One couple famously found one of these at a garage sale, bought it for $12, then turned around and sold it for $25,000.

As of this writing, a set of three of these super-rare plushies are sitting on eBay for the price of $652,000.

This rare clown-themed bear toy can fetch a pretty penny—provided you haven’t loved him too hard. Collectors pay more for mint-condition objects.

3. Bernie the Dog with a Double Tag

Even a Bernie, the Dog Beanie Baby with a totally normal tag, can play fetch with around $500 on eBay. However, decades ago, there was a mistake at the factory and one Bernie the Dog ended up with a double tag. That guy is now on sale for $74,999.99.

This adorable bunny was a favorite when it first came out. A handful of manufacturing mistakes have created an incredibly rare phenomenon: the Hippity with facial defects. Misaligned eyes ended up making this thing more valuable, not less. There are a few of these Hippitys with errors on eBay, with price tags hovering around $50,000.

Valentino the Bear was not a Beanie Baby we thought we’d see increase in price. The manufacturer, Ty, made millions of Valentinos. Standard ones only go for a few bucks if you’re lucky.

But some Valentinos can be worth more. Some can be worth quite a bit more—we’re talking $35,000 more. The trick is to find a Valentino that is both a) in mint condition, and, b) full of errors. The $35,000 Beanie Baby that’s on eBay as we write this has nine errors. One of them is not a lack of value.

This tie-dyed rabbit was exceedingly rare. It was so rare that if you have an intact one of these guys, you might be able to get major cash for it.

In fact, there’s one on eBay right now, and the asking price is $36,890. Now that’d be enough to make us feel peaceful.