What Your Fights Reveal About Your Relationship 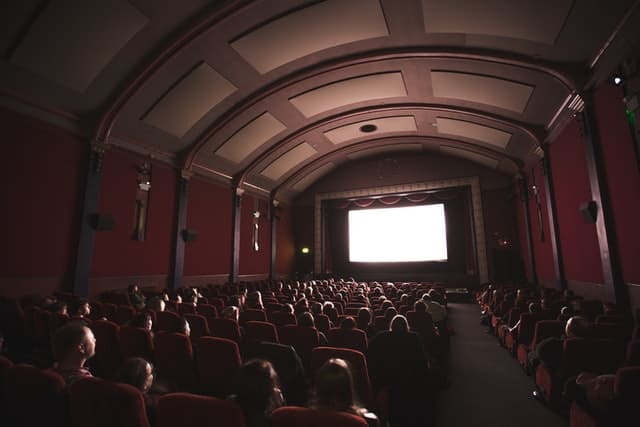 Every couple will fight. We hope it is not a common occurrence in your relationship, but even if it’s only an occasional thing, if you’re invested in each other, you should try to see what’s at the root of these disagreements.

We can sometimes hide the truth behind what we want by lashing out or picking on one thing repeatedly. But in reality, there may be more to what is going on.

You have the same argument over and over.

We can call them pet peeves, triggers, or annoyances, but the fact is we all have them. It should be out of respect that partners know these small idiosyncrasies about each other and and try to avoid them.

If you know your girlfriend or boyfriend hates finding dishes in the sink and you can be somewhat lazy about it, you should try to go the extra mile and do the dishes. Even though it doesn’t bother you, it bothers them. And it will always bother them.

Marni Amsellem, PhD, a licensed psychologist says, “Ignoring a partner’s request, even if it’s something as seemingly trite as dishes in the sink, conveys a sense of disrespect to the other person who may feel they’re not being heard.”

If you leave the toilet seat up because you don’t care—but she does—ultimately what you are saying is that you don’t care about her or her wishes. And that is not cool. (No matter how funny it is when she falls in that first time in the middle of the night. Sorry about that, Jessie.)

You have a major argument over something very small.

There is a major mood difference between going out with some friends and coming home late at night and noticing that the milk is out on the counter versus coming home after a day when everything went wrong at the office and then stubbing your toe on your way in the house only to find that someone left the milk out. Again.

Samantha Boardman, PhD and founder of Positive Prescription says, “Stress, fatigue, and hunger often provide the spark to set off a heated argument. Discovering your partner left the cap off the toothpaste after a fun evening together is one thing, making the same discovery after a long day at work and a horrible two-hour commute home in the rain is quite another.”

We know it is practically impossible to think so rationally in the heat of the moment, but you have to try. If you end up losing your cool at your partner, be the first to apologize. Explain that it isn’t just the milk, but you were taking your frustrations of the day out on them. Then go out and buy some new milk.

You argue so hard that you feel physical pain.

Have you ever experienced a fight so stressful that one of you literally just can’t anymore? Your body is giving out from exhaustion, you have aches, your mind is numb, your heart is heavy, and you feel physical pain. It’s not uncommon after a series of bad fights, especially if it’s an ongoing issue and you’re waiting for the bottom to eventually drop out.

The tension builds and stays within your body, and by screaming at the other person you’re just pushing the tension around, out into the room, and onto them. (Keep in mind that in most cases, just saying silent isn’t the answer either. If you realize what’s bothering you is no big deal after you have a few minutes to reflect, that’s fine. But burying your emotions when something is really causing you stress isn’t productive either.)

As researchers at University of California Berkeley say, “If you rage with frustration during a marital spat, watch your blood pressure. If you keep a stiff upper lip, watch your back. New research based on how couples behave during conflicts suggests outbursts of anger predict cardiovascular problems. Conversely, shutting down emotionally or ‘stonewalling’ during conflict raises the risk of musculoskeletal ailments such as a bad back or stiff muscles.”

You take everything too seriously.

Just like the Joker asks in the The Dark Knight, “Why so serious?” We can actually heed some of his advice. We are often told that laughter is the best medicine, and when it comes to relationships, that might be the right advice.

Dr. Amsellem says in her research that it could be incredibly beneficial to break the frozen anger of an icy situation by making a small joke. Of course, don’t insult the person or ignore them; take their thoughts seriously. But if you find yourselves repeatedly having a problem or annoyance that always turns into a serious melodrama, it may be time for a different approach.

It might help if you can poke a little fun at yourself and acknowledge your role in the situation. Saying something like, “Well, who knew that when you brought me into your life, you’d be bringing along my mess too?” might help defuse a serious situation and make the two of you laugh.

Once people can laugh at the ordeal, it becomes much less dramatic and there is a better chance of ending up in a better mood after the tension has dissipated.

Everyday life gets in the way.

It’s hard to not find yourself settling into a cycle of weekly work hours, late dinners, and early mornings. It is like you enter the working world of a time vortex and next thing you know you’re just going through the motions.

Make an effort to always have something to look forward to and to talk about or plan. It might help the next time an argument comes up if there is something to put out the flames, like the idea of a trip, concert, or an adventure.

In this study from University of Waterloo, researchers found that “Thinking about the future helps overcome relationship conflicts [and] has potential implications for understanding how prospection, or future-thinking, can be a beneficial strategy for a variety of conflicts people experience in their everyday lives.”

In short, it’s nice to always have a special plan to get excited about that will bind the two of you together with the thrill of knowing there is this something upon the horizon.

You get in screaming matches.

Every couple fights, whether other people know about it or not. It’s the how of how you fight that is crucial to your relationship’s health. Most of the time screaming matches don’t serve a useful purpose. They tend to lead to defensiveness and greater animosity.

The main problem with a serious screaming match is that while in the moment you may feel good saying exactly what rapidly fires into your mind, more often than not, you’ll say something you don’t actually mean, which could really hurt your partner.

Writing for Psychology Today, Elliot D. Cohen, PhD summarizes this theory by saying, “Often, because one does one’s serious thinking afterwards, the result is regret. In the case of an ongoing relationship, unless there is some constructive change made, the same vicious cycle of self-protective responses is likely to be repeated again and again in the course of the relationship. The result is then further alienation and regret.”

Yes, it can be good to get things off your chest, but the key is to take a breath after and let it end.

You forget about the good times.

When someone goes through a breakup, often they can only see the best parts of the relationship. They can get lost in a swirl of positive memories, and it makes the separation harder to get through. They forget all about the fights, arguing, and frustration.

Yet when we are in a relationship and have a fight, it’s funny how quickly we can forget all the good times and just focus on the point we are trying to make, that we are upset, and that something is not right. It’s so easy to forget all the nice things and pleasant memories you share.

It might help to keep a list nearby, or a document on your computer. You never want to make any rash decisions based on how you feel in that moment, because you could end up regretting it later.

Relationships can be a lot of work. It can be struggle to always think about someone else’s needs and consider them as important as your own. But if you know that you and your partner are both stronger and better people when you are together, then it’s worth the work.