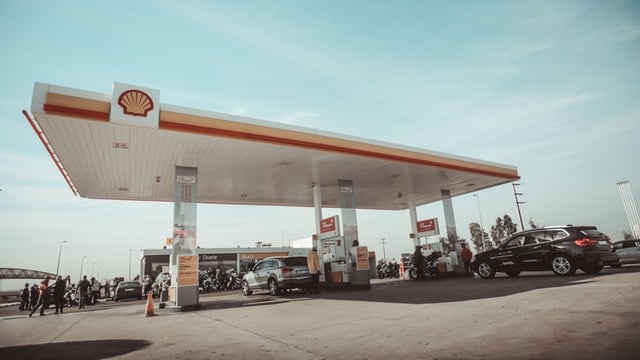 Believe it or not, Uber hasn’t even been around for a decade yet. Lyft is even younger. We’re all still establishing the etiquette that comes along with ride-hailing apps.

When you want to know how to behave in a new culture, why not go to the source? Here are the things that Uber and Lyft drivers wish customers would stop doing. Remember this if you want to keep that five-star rating.

This seems like it should be considered common courtesy, but apparently someone has to spell it out. Uber drivers’ cars are their offices. When they have crumbs all over the seats, people give them bad ratings. Bad ratings equal fewer fares, which is a direct attack on these workers’ incomes.

That’s all just a long way of saying: Don’t eat in the car, you all. Wait until you reach your destination to take that first bite.

2. Don’t text the driver with questions, comments, or suggestions.

In fact, just don’t text the driver. Once you see that little car icon moving in your direction, the best thing you can do is wait for it to show up. If the driver has a question, they’ll call you.

Just take it from an anonymous Uber driver, who said this on Reddit: “Would you like me texting while I was driving you around? Of course not, and rightly so…but texting with questions is basically asking the driver to put his life in danger while you are not in the car. Don’t do it. Call if you have questions.”

3. Giving bad reviews for no reason.

Lots of people complain that star ratings are basically pass/fail measurements, since anything less than five stars can lose drivers their fares. Those people are right.

If you’re really mad at your driver with good reason, go ahead and leave a one-star review. Otherwise, don’t mess with their income.

It’s up to you to plan for your trip. Your driver isn’t responsible for making up lost time, and asking them to do so is pretty irritating.

One Uber driver puts it this way: “If you are late, it is your fault. Don’t tell the driver to hurry. [Expect] a comfortable ride going the speed limit, [and] plan at least 15 minutes extra, maybe even longer depending on the time of day.”

5. Be ready to get in the car when it arrives.

Lyft and Uber drivers have to work efficiently to make a decent wage. They don’t have time to wait for you to finish packing.

There’s an easy way to make sure that you never make your driver wait. Just don’t order a car until you’re absolutely ready to go. Remember, the whole point of these apps is that they get transportation to you as quickly as possible. Don’t count on a 15-minute wait for your ride.

6. Don’t ask for anything but the ride.

We’re not sure where this idea came from, but Lyft drivers don’t actually have cases of bottled water for their passengers.

You’re only paying for the transportation. Don’t expect drinks and snacks along the way.

If you didn’t learn this lesson a long time ago, we’re sorry we have to be the ones to break it to you. It’s really rude to leave trash behind, especially in a car that someone depends on for their income. Please don’t do that.

Heed the old scouting motto when you hop in an Uber or Lyft car (or any other vehicle, for that matter): Take only memories and leave only footprints. Actually, don’t even leave footprints, because why would you leave footprints in a car? That saying really only applies to, like, a muddy path. Don’t leave footprints either.

Just don’t leave anything in the car.

8. Be careful with that pin.

It isn’t always easy, but you should take the time to move the pin on the app’s map to your exact location. Accuracy makes a big difference.

The GPS software in the app isn’t totally perfect, either. It might place you on the wrong side of the building, for instance, or at a nearby address. That’s a small difference to a computer, but to the driver, it can end up wasting lots of time.

Get that pin placement exact. Your driver will appreciate it.

You’d be surprised how many passengers have no idea where they’re going, Uber and Lyft drivers say. Before you arrange for the ride, do a little internet research. If you’re heading to a new restaurant, for instance, find out the address before requesting a car.

You’ll save yourself and your driver a lot of hassle by just knowing where you’re going.

If a car is only rated for four passengers, don’t try to cram in five people. Just pay a bit more for a larger car.

There are laws that govern these things, and asking your driver to fit more people in the ride is like asking them to be your getaway driver while you rob a bank. Well, not quite, but it’s along those lines.

No Uber driver wants to get in an accident, but they can still happen. A car is a car, and you never know what’s going to happen out on the open road.

That’s why you should always wear your seat belt, even on a short hop across town. If you don’t, your driver might dart nervous glances at you for the whole ride, and that sounds really awkward. Plus, if they run into something, you might go through the windshield. Then it wouldn’t matter how many stars you have on your account.

Apparently, it’s fairly common for people to reach over and change the radio station in an Uber car without asking the driver first. Some even plug in their phones and start jamming to their own tunes.

Your driver might not mind if you want to rock your own music for a while, but you should always ask.

Never reach over to touch the driver’s stereo without a conversation first. That’s terribly distracting, and distracted drivers are the ones who get in wrecks.

You might be one of those touchy-feely types. You might hug the checker at the grocery store when you finish your shopping. There’s one person you should never touch for any reason, though, and that’s your Uber or Lyft driver.

We’re actually thrilled to hear this from Uber and Lyft drivers. We confess that since we’ve started availing ourselves of ride-hailing services, we’ve been on the fence. Is it rude to sit in the back? Is it awkward to sit in the front? Is this a cab or a ride-share?

Well, according to the Uber and Lyft drivers reporting online, sitting in the front is just a needless distraction. It’s not rude to sit in the back. This really is more cab than ride-share.

Drivers can charge you a nominal fee for a canceled ride, but it’s still irritating to drive across town for a rider who doesn’t actually need the ride.

Follow those rules and your five-star rating is in the bag.