Truck Driver Loses Kitten While On The Road, But Then An Ex-Trucker Promises To Bring Him Home 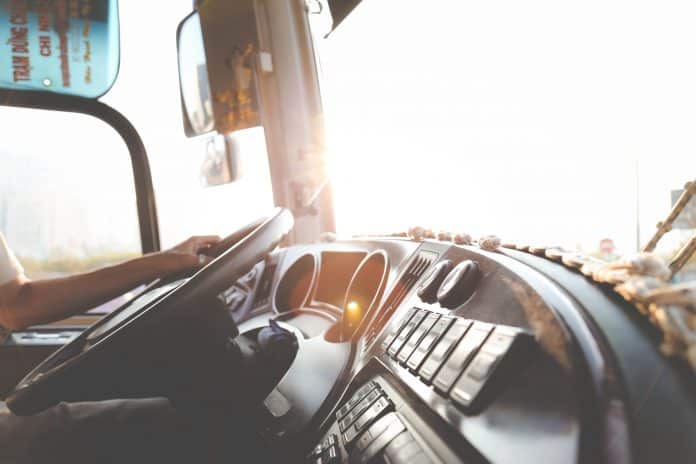 Sharon Griffin is a long haul trucker. Her long distance trips across the country are made a little more comfortable because she’s got an excellent co-pilot—her pet cat, Freddy.

Freddy is only about eight months old and even the roomiest of trucks only offer so much room to explore, so it’s easy to understand why, when he and Griffin were at a truck stop in Chesapeake, VA last month, he wanted to hop out of the cab of the truck to stretch his legs and explore the great big world out there.

Unfortunately, Freddy’s curiosity forced his human to make an excruciating decision: search for Freddy, not knowing when or where he might show up, or miss her delivery time, potentially causing her to lose her job.

Griffin searched and searched without any success in finding her little guy. “I looked everywhere,” she told WTKR‘s Kim Cung, “all over the parking lot. He could have been under cars.”

Eventually, Griffin made the difficult decision to hit the road.

“ it was horrible. It was just horrible because he’s my baby.”

While she was on the road, Griffin called her daughter back in Arkansas and tearfully told her what had happened to Freddy. Griffin’s daughter knew just what to do—she hopped on Facebook and found the Chesapeake area’s local animal shelter, Cat Rescue Incorporated, asking for help.

One of these volunteers, Jimmy Frost is a former trucker himself, so he understood what it meant to have a faithful companion on the road.

“I couldn’t imagine anything worse happening,” he told his local news station, WTKR. “It was just a horrid thought.”

Even though the former trucker got the call after midnight, he set out right away to find, rescue, and return Freddy to Griffin.

“I never had any doubt that I’d find him. I don’t know where that came from.”

It wasn’t long after arriving at the sprawling truck that Frost’s confidence was confirmed.

“I caught a glimpse of Freddy walking across the parking lot,” said Frost, who came prepared with a trap. “I had reached down and scratched his head and he arched his back. He was pretty receptive, so I reached down along his abdomen and picked him up.”

In all, it took three weeks for Griffin’s route to take her back to southeastern Virginia, but she was finally reunited with Freddy and now the tandem is back in business, crisscrossing the country in her rig.

A few days after Griffin and Freddy were finally back together, the trucker posted on Cat Rescue Inc’s Facebook page: “I can’t thank you guys and Jimmy Frost enough for finding Freddie Pussghetti for me! Jimmy is my hero! It’s so good to have my baby boy back where he belongs! <3 <3”

Cat Rescue, Inc estimates that it costs about $400 per year to take care of each cat it helps to foster. If you’ve been moved or inspired by Frost’s work with this important organization, please consider making a contribution to help this cause for kittens.