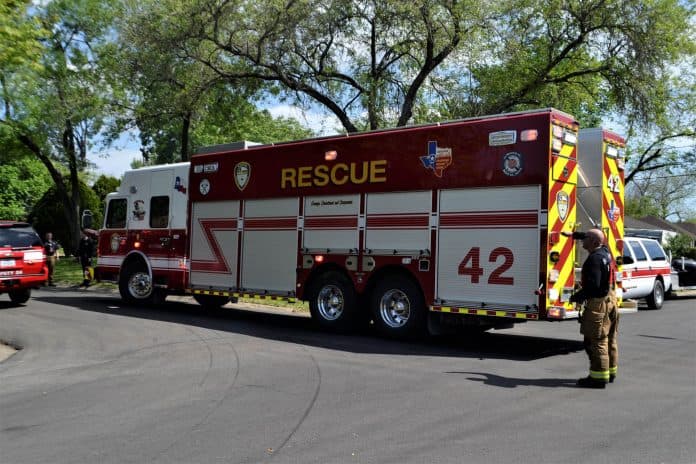 Pictures of her smiling toddler have gone viral. Granted, for most mothers, that would be a welcome occurrence—but in this case, the context of the pictures changes everything.

Kirsty Green, 27, was shopping at her local supermarket with her son, Brandon Emery. She put the 14-month-old infant in her vehicle while she was loading her groceries, and that’s when it happened: He somehow locked himself in.

“He’d been in the little child seat of the shopping trolley but it didn’t have any straps, so he kept trying to stand up while I was shopping,” Kirsty said. A trolley, by the way, is the British word for a shopping cart (yes, we had to look it up).

“I decided to put him in the back of the car while I was unloading the shopping so he didn’t keep trying to stand up in the trolley,” she told the Daily Mail.

The baby had apparently managed to press a central lock button, which instantly locked all of the doors. Little Brandon wasn’t in any immediate danger; it wasn’t a warm or sunny day. However, Kirsty did have to place an embarrassing call to emergency services.

“I was a bit panicky at first, wondering how I was going to get him out, but luckily a few other shoppers quickly came to help me out, and one lady working in Lidl [the supermarket chain] phoned 101.”

101, as you might have deduced, is an emergency number in the United Kingdom. Firefighters were quickly dispatched to deal with the situation, and when they arrived, they attempted to use hand tools to break into the Rover Streetwise. That’s when someone reached for a camera.

While Kirsty was a bit worried at first, Brandon certainly seemed to find the humor in the situation.

He smiled and laughed while the emergency workers found their way into the vehicle, delighting the emergency workers (along with a fair number of bystanders, who’d paused their shopping trips to enjoy the sight). The infant also gripped the steering wheel, which created a picture-perfect scene, much to his mother’s chagrin.

Kirsty has publicly thanked the Brude Community Fire Station, led by Watch Manager Matthew Wonnacott, for responding so quickly to Brandon’s mischief and taking quick action to return her son to her.

“[The fire department workers] were amazing, and I think just as much as they were keeping Brandon entertained, he was equally making them laugh,” she said.

Unfortunately, while the firefighters initially tried to open the vehicle while leaving the windows intact, they were forced to smash the back window. The baby wasn’t in danger of coming into contact with the broken glass.

Kirsty knows that she was fortunate to have the services of the Brude Community Fire Station, and she says that they were able to keep her calm in what could have been a tense situation. Brandon was returned to his mother unharmed (and still smiling, of course).

Previous articleThese Were The Rarest Triplets In The World, See How They Look Now
Next article7 Things Only Men In Love Do. If He Does # 4 Marry Him