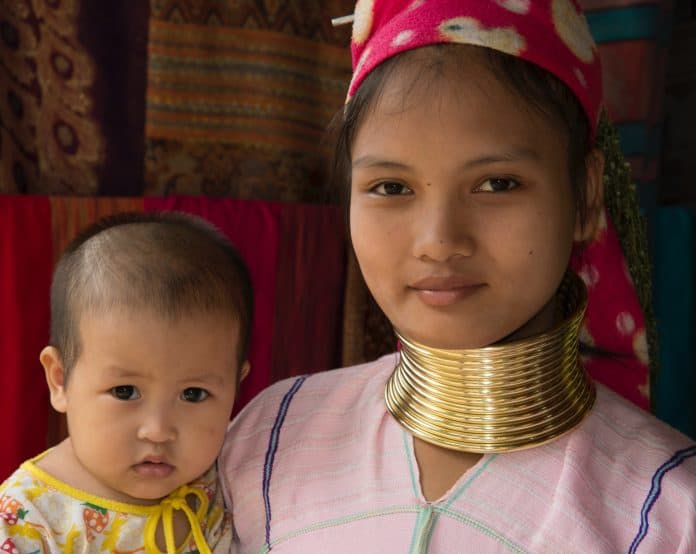 Most couples celebrate their anniversaries by giving gifts to each other.

But for 22-year-old Romero and her husband, 25-year-old Carlos Romero, each anniversary means a new pet and, with that, plenty of new responsibilities.

The couple has been married for three years, and each year, they’ve adopted a new dog; they don’t plan on stopping anytime soon.

They decided to pick up Chewy, their most recent acquisition, after some debate.

“I didn’t want the last one,” admitted, referring to Chewy. That changed when she noticed the substandard conditions of the animal shelter housing the pup.

“He wasn’t very safe, so we decided to bring him in.”

sister, Odalis, inadvertently brought attention to the tradition when she posted about Chewy on Twitter.

“My brother-in-law and sister get a dog every year for their wedding anniversary,” Odalis wrote in a Twitter post, which quickly attracted nearly 24,000 favorites. “They’re their 3rd year.”

“I was glad to know my sister wanted to shelter these dogs and make them a part of her family. They’re like my nephews!” Odalis said to The Dodo.

“I really do feel like having them has taught my brother-in-law and sister a lot more about patience and love. I hope others are inspired to adopt/foster a dog from a shelter or other ethical methods. There are countless dogs who are in need of a loving home.”

At this point, the couple’s pet obsession isn’t too burdensome, although they admit that their pack of pups can be a handful at times. Still, Neydi insists that she’s aware of the responsibilities associated with dog ownership.

As news of the couple’s strange tradition went viral, some readers chimed in, chiding the couple for adopting so many pets. Their reasoning was sound; dogs are, after all, expensive, and perhaps too much of a burden for a young married couple.

Others argued that the Romeros’ commitment to animal welfare is admirable. According to the ASPCA, about 3.3 million dogs enter animal shelters in the United States each year; to some, Neydi and Carlos are simply doing their part to help out.

In any case, says that she couldn’t imagine life another way. When she was a child, she dreamed of having a canine companion, but her mother her from adopting.

“We’ve always liked dogs, but my mom never let me have them,” she explained. “As soon as I moved out and started my new life with Carlos, we knew we wanted a dog.”

Now they have three, and they’re expecting that number to grow. Hopefully, they’re able to find a home with a big backyard (or a barn, for that matter) within the next few years.