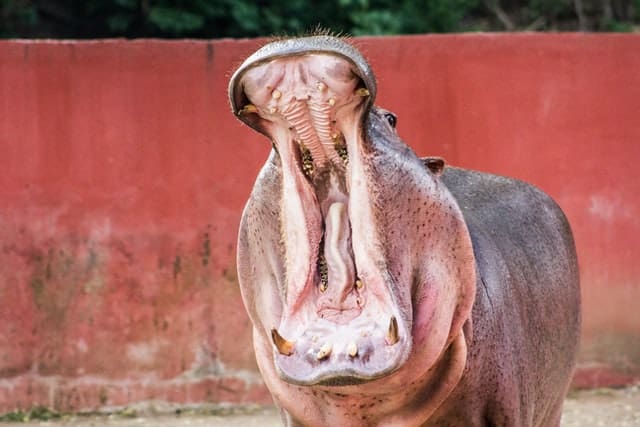 A visitor to a cemetery in New Belgrade, Serbia, noticed a dog that wouldn’t leave a particular grave site. The person assumed that the grave was for the dog’s owner and that the dog didn’t want to leave his or her side. This assumption was reasonable considering all of the stories of grieving dogs that have made headlines.

One of the most famous of these dogs was Hachiko, an Akita who showed up at a train station in Japan every day when his owner arrived home from work. The professor died of natural causes at work one day and so never came home again. Hachiko continued showing up to the train station for the next nine years hoping that one of those days his owner would show up.

But it turned out that the dog in the Serbian cemetery was not grieving her owner. She was demonstrating the tremendous loyalty that dogs are famous for in a different way.

This dog had a secret that she kept buried just under the surface of the ground: four newborn puppies. The dog was a stray, and this was the safest place she could find to shelter her puppies while she scavenged for food.

Once the person saw the puppies, they knew that action had to be taken. The dogs wouldn’t last long without someone providing food for the mother.

Vesna Mihajloski is an animal rescuer from Serbia who received a call about this canine family in a dire situation. She immediately agreed to foster the family and look for a home for them once they were stabilized.

Because strays have a hard life, they are often overly protective and do not trust humans. This is doubly so when the stray is guarding her litter of puppies.

Regardless, rescuers were able to lure the mom out, and the puppies soon followed. They were taken to Mihajloski’s house to be examined, fed, and groomed. They didn’t know it yet, but their lives were about to go through a major positive change.

Mihajloski nicknamed the mother dog Veca, which is a diminutive of her own name, Vesna. She called the puppies Grace, Boomer, Freddie, and Petra.

In the early days Veca needed a muzzle to ensure she didn’t injure anyone. She still didn’t know what was happening and fiercely protected her pups.

Soon enough, Veca and the gang got used to the good life. After a bath and a few regular meals, it was apparent that the new situation was much better than the old one.

The puppies grew, and Veca could finally relax without being on guard 24 hours a day. She looked like a whole new dog without the thick coating of dirt on her fur and nose.

As the little ones grew, there were a few rough spells. Freddie caught a nasty virus and had to go for frequent trips to the vet.

He barely survived, but has mostly recovered. The little guy still has problems walking, but the vets say that the worst has past.

Mihajloski is now looking for forever homes for the puppies. They are getting bigger and thanks to their rescuer, they are friendly and playful.

Mihajloski has strict guidelines for who can adopt the dogs. Potential owners must sign a contract agreeing to several conditions to ensure that the dogs have a good life.

We’re so glad that someone found these dogs and that Mihajloski poured her heart and soul into getting them on the right track. We can’t wait to hear the news when she finds all of the puppies a forever home.

What Happens To Used Hotel Soap? This Company Uses It To Improve Lives

We've all spent a weekend away and indulged in the gifted toiletries from a hotel. But what happens to the soap bars and shampoo bottles that are left half full?
Advertisment