The Truth About Restaurant Inspection Ratings

You hear the horror stories and see the Instagram posts—a friend found a bug in her food and felt more than elated to share the photo (um, gross); your neighborhood burger joint shut down due to health code violations (you just ate there last week); maybe you’ve always wondered what that “A” sign hanging in your favorite café’s window means. An “A” is clearly good, right?

Not many know about the illusive restaurant inspection experience. So, let’s break it down:

“There is a saying in the restaurant industry and it goes: ‘If you have time to lean, you have time to clean,’” says Lisa Schulte, owner of restaurant Quarks American Bento. “It is not always easy to walk the talk of keeping a clean restaurant, but it pays off when customers notice.”

She notes that if the area where guests dine is dirty, think about how dirty the kitchen, where all the “dirty work” is actually done, might be.

Enter: restaurant inspections. They ensure that the “dirty work” is not so dirty.

Windows can be deceiving.

Restaurants can receive an “A” grade and display it proudly in the window, but that doesn’t mean they have totally clean restaurants.

CLEVER, BUT EWW: Harlem cafe disguises “B” health rating as part of its brunch promotion. #marketing (via @izismile) pic.twitter.com/Won7rB800z

At Charlie’s Pantry, a restaurant in Studio City, California, restaurant inspectors caught the facility operating without hot water twice in one week, according to the San Gabriel Valley Tribune. But at the end of their inspection, the restaurant nevertheless earned an “A” grade—the highest rating possible in Los Angeles County.

In another instance, a county health inspector found more than 20 new rat and mice droppings under a stove in a golf-club kitchen, reported the San Gabriel Valley Tribune. Again, after a two-hour inspection, an “A” grade was awarded.

The grading system might seem like it allows facilities to operate despite health concerns, but the reality is a little more nuanced.

And while every health department may have their own terms and technicalities, the guidelines are generally the same.

Regulations vary from department to department, but during a typical inspection, no matter what the state, a health inspector will rate the restaurants’ cleanliness and food-handling practices out of total of 100 points, and then they give a grade based on that score. Inspectors grade everything.

Although every state is different, let’s look at two of the largest health departments in the country—Los Angeles County and New York City—and how they grade retail food facilities, i.e., restaurants, markets, bars, and bakeries.

According to the County of Los Angeles Public Health, each food inspection starts with 100 points. An inspector will deduct points based on associated public health risks. They issue grades of “A”, “B”, or “C” to the facility at the end of all routine inspections. The grade is determined as follows:

Any food facility that scores below 70 twice within a year is subject to closure and legal action. When this happens, the county gives the facility a sign providing the address and phone number for the local environmental health office, and the restaurant must keep that sign posted at all times—even during off hours.

The New York City Health Department created What to Expect When You’re Inspected: A Guide for Food Service Operators to educate any facility that may be inspected.

“Failing to cook food to required temperatures is a critical violation,” reads the guide, “while failing to provide an accurate thermometer in a refrigerator is a general violation.”

For serious issues, there are violations deemed “public health hazards,” which “pose an immediate health threat.” If the facility doesn’t—or can’t—correct the violation by the end of the inspection, the inspector can shut it down until it is rectified.

There are also “pre-permit serious items,” which are critical violations in the design of the facility—a lack of hand-washing stations, for instance. If the restaurant is already in operation, it can get shut down immediately until the issue is fixed.

When a restaurant inspector closes the restaurant’s doors semi-permanently, they must post a “Notice of Closure,” which should include the reason for the closure, on the front door. Owners must keep the notice up until the facility is reopened, and it can only be reopened by the inspector.

Where Inspectors Find the Hidden Dirt

So, what does an inspector think is the worst culprit of uncleanliness? You might be surprised.

“The worst I have seen is ice machines,” says Chris Hassall, hygiene and safety consultant of uComply Risk Management. “They are prone to a build-up of mold if not cleaned regularly.”

In addition, he says fecal bacteria has sometimes been found in tested ice samples.

“The kitchen can be spotless, but this is completely undermined if the ice machine is filthy, as a large proportion of guests may be having ice in their drinks.”

How Restaurant Inspections Go Down

Most restaurants remain unaware of an inspection, so they must stay prepared for one at any time.

“At Mattone Restaurant and Bar, we know that we will be subject to health department inspections; we do not know the exact timing, however,” says Franco Francese, the restaurant’s owner. “We must take cleaning the restaurant very seriously to combat pests and vermin.”

He says the inspectors are quite thorough but generally take less than an hour. “They check for things like cleanliness, but also check refrigerator temperature so that food is stored without the possibility of growing bacteria.”

These inspections go beyond temperatures—comments like “refrigerator door dented” or “grout worn out” aren’t uncommon in reports.

“Food safety is relatively straightforward, but in order to create actionable guidelines for maintaining food safety, you need to really simplify things,” says Ryan Goodwin, recipe developer and search analyst at Craftlog. Goodwin has been through plenty of health inspections and says he finds a discrepancy between regulatory guidelines and best practices.

“[Simplified guidelines create] a sort of weird middle ground where a practice that is demonstrably safe is not allowed, while one that is potentially dangerous is allowed.”

He points to an infamous cheese-making example. Because of a potential outbreak of listeria, health inspectors told Sister Noella Marcellino, a nun and cheese producer who used traditional French cooking methods, she had to stop using wooden barrels. After switching to stainless steel vessels, the levels of E. coli rose in her cheese. The bacteria in the wood actually kept her cheese E. coli-free.

Inspectors shut down her cooking method, but in the process, they created a new health issue.

But restaurant inspectors are not the bad guys.

Restaurant managers might think that inspectors are out to get them. That is not the case. In fact, they can help both the restaurant and the community at large.

For example, in 2017, San Diego faced a health crisis with an outbreak of hepatitis A. Health officials advised the public that anyone who visited a certain restaurant along a particular boardwalk during a specific timeframe might have been exposed.

To assist in the response effort, the Department of Environmental Health (DEH), which regulates retail food safety, provided “guidance on disinfection, cleaning methods, how to prevent the spread of illness, [the] importance of handwashing and good hygiene, and employee health guidelines,” says Jessica Northrup of the Land Use and Environment Group.

As part of the response effort, Northrup’s group worked with organizations such as the California Restaurant Association, the Food & Beverage Association, the Hotel-Motel Association, and food pantries to educate local restaurants and employees on the issue. The also assisted in providing hepatitis A vaccinations to food handlers within the community.

The DEH remains very transparent in their food inspection procedures. Northrup says area restaurants can find a variety of resources available on the DEH’s food website “in their publications page, including the food facility operator’s guide, which outlines the requirements of the California Retail Food Code, and the Self-Inspection Checklist that operators can use to ensure they are ready for an inspection.”

She says other useful tools to prevent foodborne illness are those that help the restaurateur actively monitor their food, like temperature logs and sanitizer test strips.

Although managers might look at restaurant inspectors like the school principal—someone out to get to them—they’ve got a pretty admirable goal. They work to keep us all as healthy as possible. 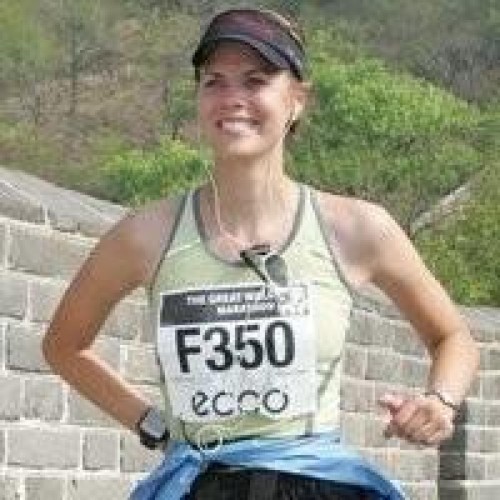