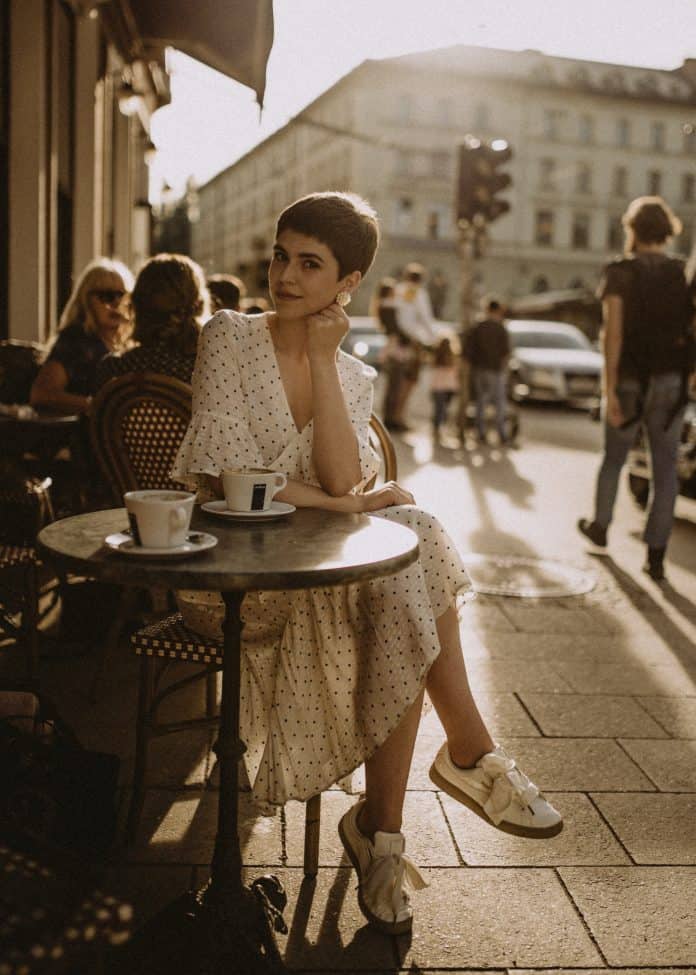 Great filmmaking is all about tricking the audience.

But to create truly believable effects, you don’t necessarily need a billion-dollar budget (although that certainly helps). Filmmakers rely on the time-tested secrets of Hollywood, and when they’re doing their job correctly, their audiences never notice their hard work.

For instance, you probably didn’t know that…

The problem with mirrors is that they reflect whatever stands in front of them. That’s actually their entire purpose. However, that’s a problem when you don’t want movie cameras, boom mics, and crew members in every shot.

For decades, Hollywood directors have sidestepped the problem with the simple use of angles. If you position the camera just so, you can capture your subject without giving away the magic.

But what happens when the director wants a shot from straight-on? James Cameron tackled this challenge by replacing a mirror with a window that looked in on an exact replica of the set. That’s how he got the first-aid scene between Arnold Schwarzenegger and Linda Hamilton in Terminator 2. No wonder his movies are so expensive.

Years before the Rise of Cameron, legendary director Jean Cocteau came up with a novel visual effect for his film Orpheus. In several scenes, the protagonist reaches “through” a mirror. Cocteau didn’t have access to fancy CGI, so he just did the natural thing and used a tub of toxic mercury as a mirror. This is not recommended.

2. Many crowds are actually produced with CGI.

When you picture CGI effects, you probably think about the epic space battles of the newer Star Wars movies or the still-breathtaking computer-generated dinosaurs in Jurassic Park.

Most audiences assume that those crowds are full of actual people, but that’s not the case; CGI artists built models for every single person in the crowd, adding in market stalls, tents, cars, and other features.

You might wonder why filmmakers wouldn’t simply hire a real crowd. It’s fairly simple: Bring in hundreds of extras, and you’ll have to pay hundreds of wages.

Plus, there’s no guarantee that an extra won’t break character or find a way to ruin your scene. Often, directors find CGI to be a simpler, less expensive alternative.

3. Most memorable audio effects are created by Foley artists.

Foley artists, named for sound effects artist Jack Foley, create most of the sound design of major films, and they get pretty inventive. To create the sound of a melon smashing, Foley supervisor Heikki Kossi tried smashing melons, but he wasn’t satisfied with the effect.

“I tried to do something with melons,” he told Empire Online, “but it didn’t sound wet enough, so I just used a wet piece of cloth. Then I also wanted to hear some kind of cracking, crashing sound, so I just used a little piece of wood. Cracking that gave the right kind of violent feeling for what they were doing. For the sound of the very sharp I used a very good-sounding knife that I have in my studio. There were all these layers to make the final sound.”

Think of any famous sound, and there’s probably a story behind it. The sound of the lightsaber from Star Wars is the microphone feedback from a tube television, while the terrifying voice of Balrog from Lord of the Rings is actually a cinder block scraping along a wooden floor.

Even punching sounds are dubbed in after the fact. For boxing flick Raging Bull, Foley artists punched a side of beef, then layered in the manipulated sounds of roaring animals. Hey, whatever works.

Alfred Hitchcock filmed Psycho in 1960. One of the reasons that he chose to make the film in black and white is because he was worried that the famous murder-in-the-shower scene would be too graphic in full color.

If Hitchcock had filmed in color, his special effects budget might have increased, too. Rather than spending a lot of money on fake blood, Hitchcock filmed chocolate syrup swirling down the drain to capture the spirit of the bloody scene.

5. Soundtracks can make a movie, but composers are expected to work under frustrating conditions.

Speaking of Psycho, imagine how much different the shower scene would have felt if it wasn’t for its iconic, haunting soundtrack, “! Reeeeen! Reeeeen!”

As Alex Ross writes in The New Yorker, Hollywood composers “enter the creative process late, they write on dire deadlines, and they grapple with all manner of vague or arbitrary demands.”

For instance, Ross retells the story of a director listening to a composer’s contribution and responding, “O.K., now make it 20 percent more Cuban.”

But, Ross concludes, “When a film composer hits a sufficient vein of inspiration, the images are charged with a feeling of newness, of unprecedented action.”

You’ve seen this shot: The figure in the foreground stays in focus, while the background seems to deepen ominously. It’s no wonder the professionals call it the “vertigo shot.”

Although, in this case, it should be called the “Vertigo shot.” The technique is named both after the sensation it creates and the first film that used it. Alfred Hitchcock’s second-unit camera operator, Irmin Roberts, apparently used this technique first.

You’ve seen vertigo shots in major films including Goodfellas, Jaws, and, of course, Vertigo. You might be surprised by how simple it is to create this effect. All a devious camera operator has to do is place the camera on a dolly (which is basically just a for cameras), move the camera toward or away from the subject, and zoom in (or out) at precisely the same rate as the dolly movement. No CGI needed.

7. Some filmmakers know that they’re creating continuity errors, but they don’t care.

Ever wonder why major blockbusters have so many continuity errors? Some seem painfully obvious; for instance, during the stock exchange scene in The Dark Knight Rises, Batman enters a tunnel in broad daylight, only to emerge from the other side of the tunnel in total darkness.

It seems like a glaring error, but think about it: Batman looks cooler in the dark. For director Christopher Nolan, that’s enough of a reason to commit the error. Dozens of other films make similar “mistakes,” but they’re not really mistakes, per se; the filmmakers know that the audience will be too invested in the story to question the details, at least in real time.

Why? They’re looking for an escape. As Steven Spielberg told Entertainment Weekly, “The public has an appetite for anything about imagination, anything that is as far away from reality as is creatively possible.” The smaller stuff is sacrificing.

9. Most of the snow used in movies is fake. It’s also mostly from one company, Snow Business.

Real snow tends to melt under hot camera lights. Unless the production crew shot on location in, say, Alaska, the snow you’ve seen in Hollywood movies is all fake. That’s not very surprising.

The weird thing is that a single company, Snow Business, seems to have the market cornered. As their website says, “Snow Business is the world leader in the supply of artificial snow for motion pictures.”

There’s no business like snow business. Get it? “Show business”! Clever.