The Interesting Reason Street Signs Are All Different Shapes 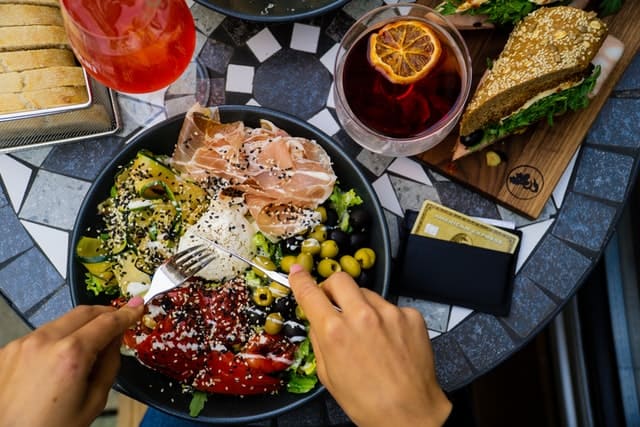 Have you ever wondered why street signs can be so many different shapes?

There is a reason, but don’t get too comfortable—times and signs are changing.

Imagine the roads of the early 20th century.

Most were unpaved, filled with horses, carriages, bicycles, pedestrians, and the occasional primitive automobile (the Ford Model T wasn’t introduced until 1908). Traffic laws were basic, and in many places, nonexistent. In some places, police controlled traffic by providing manual signals, but there was a problem; there weren’t nearly enough police to man every intersection.

Order out of Chaos

In 1900, New York businessman turned traffic safety planner William Phelps Eno penned an article entitled “Reform in Our Street Traffic Urgently Needed.” Three years later, Eno detailed a first-of-its-kind traffic code for New York City. The rest of the nation took some time to catch up with New York. The New York Times Magazine detailed some of the progress that was made in the early days of street safety in America:

In 1911, a Michigan road got a center line. In 1915, Cleveland received an electric traffic signal. Detroit, the center of the automobile industry, is credited with installing the first proper stop sign that same year. According to Schank, it took the form of a 2-by-2-feet sheet of metal with black lettering on a white background.

Eno is credited with the idea of placing stop signs at intersections.

Joshua Schank, CEO of the Eno Transportation Foundation (yes, it’s named for William Phelps Eno), explained the importance of the idea of the stop sign.

“[The sign] was a new concept and really did introduce the idea that you had to watch out for other people,” Schank said.More importantly, it worked automatically; police didn’t need to hang out by the sign to guide traffic. Eno’s idea immediately began spreading throughout the United States.

In 1923, traffic engineers with the Mississippi Valley Association of State Highway Departments elaborated on Eno’s ideas. They created a simple code for traffic sign design: The number of sides on the sign would be proportional to the degree of danger. In other words, more sides meant that the sign was more important.

For example, the “yield” sign notes that drivers should wait for traffic in motion, then proceed with caution; it has three sides. “Stop” signs, which are placed at busy intersections, have eight sides. Square signs were to be used for informational purposes.

Circular signs, like those at railroad crossings, have an infinite number of sides (at least in an engineer’s mind), so drivers should treat these signs with the highest degree of alertness.

“You have to realize this was done by engineers, and engineers can be overly analytical,” Texas A&M civil engineering professor Gene Hawkins explained to the Times.

Today, some traffic engineers are suggesting moving away from the barrage of signs bombarding and distracting drivers on our roads.

“The theory is that people will pay more attention to pedestrians and other vehicles and slow down in pedestrian areas if there are no because they won’t know what to do,” said Schank.

Eno also designed the roundabout, which controls traffic more efficiently than stop signs or traffic lights. Some studies, according to a University of Southern California policy brief, suggest that roundabouts may even reduce greenhouse gas emissions.

Many modern cities are working on replacing traffic signs with roundabouts, which is somewhat ironic since Eno designed both. In any case, the philanthropist played a major role in improving traffic control in the United States—likely saving hundreds of thousands of lives in the process.