3 Teens Grab Onto Sobbing Woman At Drive-Thru, But Have No Clue The Lady Behind Is Filming 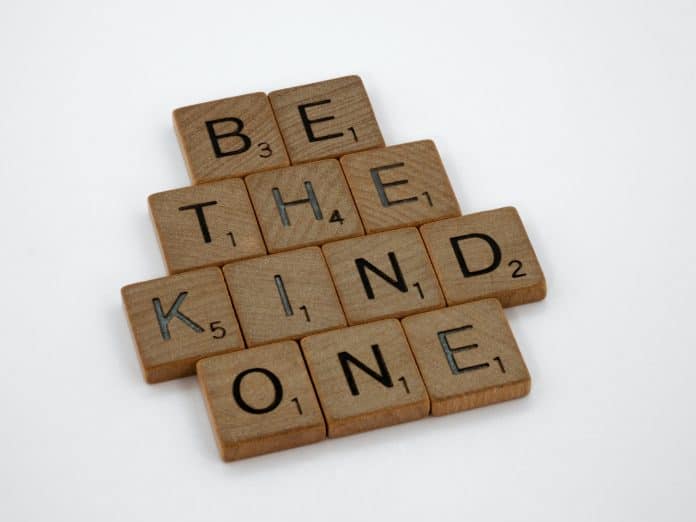 The drive-thru line at the Dutch Bros. coffee shop in Vancouver, Washington was busy that day.

It’s nearly always busy, and the baristas who work there—local teens, mostly, earning a little money in the brief hours between school and activities—are trained to serve customers quickly, keeping the line moving to maximize profits for the business.

On the day in question, though, the entire line stopped short. You’d expect the people in the cars that stretched across the parking lot to be angry. One woman actually pulled out her phone and snapped a picture of the event that was delaying her order. It wasn’t because she wanted to complain, though. Quite the opposite.

Pierce Dunn, 19, was working the checkout line that day. Along with his 21-year-old co-worker, Evan Freeman, they took an order for a cup of coffee from a woman sitting alone in her car. When she pulled up to the window, the employees realized that the woman was in tears.

“When something like that happens, it hits close to home,” Dunn later told the Oregonian.

That moment, the baristas knew that they had a more important job than keeping the line moving.

In fact, the line faded from their minds entirely. They asked the woman if she wanted to talk. She admitted that she had just lost her husband. He passed away the night before at only 37 years of age.

That touched the compassionate young employees of Dutch Bros. They instantly reached out through the drive-thru window, clutching her hand in theirs. Dunn and Freeman were joined in the love huddle by a female employee who media reports haven’t yet named.

They took her hand. They bowed their heads.

And then they prayed for this stranger while the rest of the customers sat in awed silence.

That’s when the photograph came in. A woman named Barbara was right behind the widow’s car. She saw what was happening and was very moved. She took the picture to prove to the world that people can be unbelievably kind, even—maybe especially—to strangers in need.

“That moment was absolutely incredible,” Dunn said. “It was so emotional. She was crying. I shed a few tears. We’ve cried since as well.”

Barbara posted the picture and an accompanying explanation on social media, where it quickly garnered tens of thousands of shares and messages of approval.

Dunn identifies as a Christian and felt that it was part of his faith to comfort a woman in pain. Freeman says that he’s not religious, but he wanted to give the woman whatever would bring her some comfort in that trying moment.

“She could have said she wanted an apple, and I would have gone and planted a tree and grown her an apple,” Freeman told the Oregonian. “It just happened to be that she wanted.”

They group prayed for the woman and her family as they continued their journey through grief. We can’t say whether or not the prayers were answered, but it’s clear that the act of praying was a tremendous comfort to a woman who in need.

Oh, and they didn’t charge her for the coffee. See a contemporary news report on this touching moment here.

Previous articleIf You Have This Line On Your Hand You Are Really Lucky: Here Is Why!
Next articleHere’s The Secret Behind Egg Expiration Dates. Everyone Should Know This!