Take This Meal And Shove It: Ex-Food Service Workers Share Their “I Quit” Stories 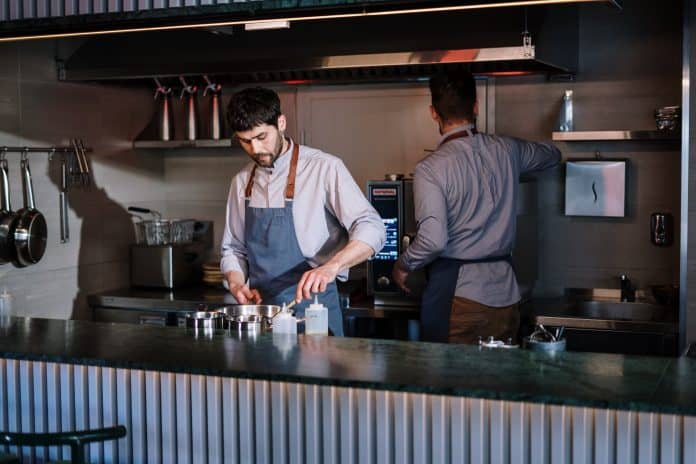 “Eh, what?” says anyone who’s ever worked in the food service industry. Back in 2013, when The Heritage Foundation made their contentious claim, the nonpartisan Center for Economic and Policy Research reported that nearly 40 percent of fast food workers were over the age of 25. About 70 percent were over 20, and a full third of those were raising children on their meager wages.

Despite the best efforts of the international Fight for $15 movement—which calls for a $15 minimum wage and union representation pretty much everywhere—things aren’t much better today. As NPR reports, more than half of fast food workers rely on public assistance for themselves or their children.

In a survey published in the Journal of Hospitality & Tourism Research, 50.2 percent of restaurant employees reported a low level of job satisfaction. Dissatisfaction reached the top: Research the following year in Cornell Hotel and Restaurant Administration Quarterly found that over one fourth of food-service managers wanted out of their jobs with 12 months.

Point being? It must feel really, really good to be able to say, “Take this job and shove it!” when you work in a thankless industry like food service. Or anywhere, really.

It’s true that most people don’t have the luxury to walk out on a crummy gig; this story is not about them, but it is for them. This one’s for those moments when they dream about, say, tacking a note on the company cork-board that just says, “This was my last shift,” as one of our sources did. Here, we provide the view from the birds that flew the coop.

I flipped the dish and walked out.

We asked friends and strangers alike if they had ever quit a food service job in a less-than-responsible manner. You know: no two weeks’ notice, no polite goodbyes, maybe the odd act of subtle (or not-so-subtle) retribution. Oh boy, did people respond.

We changed the names of all our sources because they don’t want current or future employers learning about these stories, which is probably the right idea. We also lightly edited all responses for length and clarity.

There’s no feeling of occupational accomplishment that can compare with the relief of walking out on a terrible job. Just ask folks like…

Benjamin, 37, who is still in the industry.

This was about 15 years ago. I was 22 or 23 and kind of bouncing around places. This was [in] South Florida, a little greasy diner. Its clientele was almost exclusively elderly couples, so the dinner rush was like at 4 p.m.

So, the kitchen staff was extremely rude. I was front-of-the-house—a waiter. It was just one of those days when we were understaffed. I had way too many tables. The kitchen was being really aggressive, but they were also messing a lot of stuff up. So I kept having to go back, and it was one of these situations where I was like, “This is messed up,” and the kitchen was like, “You go back and tell them it’s not messed up!”

So I bring [the dish] back [to the table.] The people at the table, they don’t care that they have to wait, and they’re not willing to compromise here. They have no reason to; they’re in retirement life. Like, everything is just kind of happening for them.

And so I bring another plate back again to the kitchen and say, “Hey man, it’s not going to fly, you have to remake this.”

I want to say it was a liver and onions type of thing, something wrong with how it was cooked, like the temperature of the meat or something. So the guy, the main chef or whatever, he says, “You get out there, you little twerp,” you know, something really demeaning. I was just like, “Cool. I quit.”

I flipped the dish and walked out. I was just hella mad, right? I was like storming through, pulling off my apron and throwing it on the ground, being super-dramatic. And [a customer] stops me and says, “Hey, are you okay?”

And I yell to the whole place, “There are rats in the kitchen!”

There weren’t rats in the kitchen.

Taco Bell, man. My buddy and I were like, “We need jobs,” and we both applied at Taco Bell. We were like 20—in our twenties somewhere. Early twenties. It was halfway a joke, like, what the hell, let’s go work at Taco Bell.

But we got the jobs. Only made it two or three shifts in because that job is hard, man! It’s hot. It stinks. It’s not an easy job, like, just, enduring it. So my buddy just gets fed up and walks out. The poor manager—he’s like, “Well, what about you, Hamid?”

That was it. We were out. Which was dumb, because we actually needed the money. We ended up landscaping for a while, which is rough, too, but way better than f****** Taco Bell.

So, I’m working one night and I’ve been there maybe a month, and I’d forgotten money to buy my dinner, so I called my mother and she was supposed to come in and bring me money. I was 16.

[Editor’s note: Sarah was of the 30-percent minority of fast-food workers who actually are teenagers.]

So, the owner comes in, and I said something to the person behind me, like, “Hey, we’re out of cookie bits,” or something—some nonsense. And [the boss] starts yelling at me, and he’s like, “Get that order back immediately!”

I went over, because the girl at the drive-thru was like, “Your mom’s here.” And my mom’s like, “I want you to quit right now. [Your boss] is a horrible person.” I think she even called him an S.O.B.

I was like, “Alright! Get permission to quit my job right now? You’re okay with it?”

And I walked out.

Tim, 40, who now works in advertising.

I was a dishwasher. “Dish-dog,” they called us. Country Kitchen, this kind of chain diner place.

Hated that job, but I was scared of the other people who worked there. Intimidated, really, not scared. The chef had the word “criminal” tattooed on his knuckles.

Anyway, I just had enough, but I didn’t want to tell the manager I quit. So I just wrote a note at the end of my shift that said, “This was my last shift.” Tacked it up in the break room and never went back.

I worked at McDonald’s back in the ’90s—1991, 1992, I don’t know. Kurt Cobain years. Basically, I had worked there for a couple, maybe three months, and I quit because I couldn’t get the weekend off.

Here’s the thing: I never called in. I just stopped showing up and eventually they started calling. They were like, “Oh, you’ve got to f****** call in!”, and they kept calling me at my house.

I no-call, no-showed for a couple of shifts. They kept calling—like, they didn’t even care. They must have needed everyone they could get. Then the weekend came, and they called again, and I was like, “Oh, didn’t you talk to Brian?”, who was my friend. I totally lied and told them I told him to tell everyone I quit.

[Editor’s note: Telling your friend to tell your boss you quit is not considered equivalent to a formal submission of two weeks’ notice in most industries.]

(Working at McDonalds is literally the worst mistake I’ve ever made.)

They were like, “Oh, that’s disappointing,” or something. “Oh, are you sure you can’t come in next week?”

I mean, it was, you know, it was a pretty pathetic move on my part to just not show up.

[Editor’s note: To misquote the poet Mary Karr, when you’re in a burning building, it kind of doesn’t matter if you walk out the front door or jump from the second-story window.]