Sweet or Salty? What Your Favorite Ice Cream Says About You 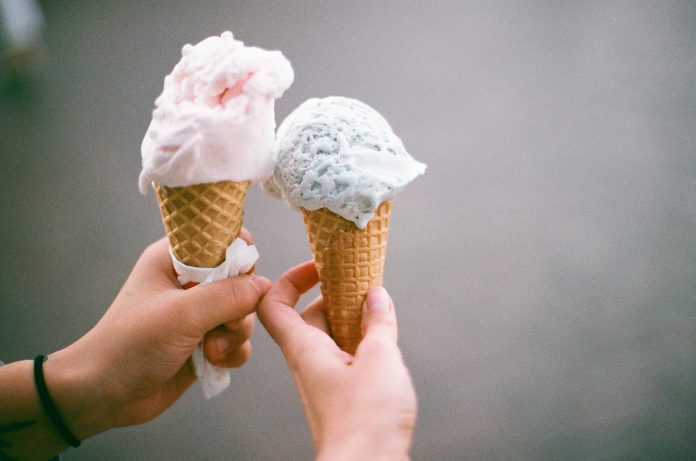 No matter what time of year or how cold it is, ice cream is a welcome sweet treat. Did you know that your preferences regarding this dessert might actually mean something deeper about you though? Here’s what your ice cream choices say about you.

According to neurologist Dr. Alan Hirsch, who is the founder of what’s known as the Smell and Taste Treatment and Research Foundation (yes, there is such a thing),those who favor this default flavor are anything but ordinary.

More often than not, in fact, they tend to be impulsive and idealistic; they put more stock in their own intuition than in logic, and, as you can imagine, that leads to some colorful behavior.

Despite the double entendre of the word vanilla, fans of vanilla ice cream also tend to have better relationships than those who choose other flavors, and they’re better at expressing their emotions. Hirsch’s data here is rooted in a series of psychiatric tests which came to the conclusion that a person’s limbic lobe section of the brain actually determines both one’s tastes when it comes to food, as well as their personality traits.

Though strawberry is a flavor that’s often scoffed about, Hirsch conducted a study for ice cream magnate Baskin Robbins, wherein he came to the conclusion that those who opt for the fruity flavor tend to be more devoted and tolerant people.

Interestingly, they’re often more introverted than those who favor different flavors. Like vanilla lovers, they too have a habit of being intuitive.

Hirsch did some more research, for Dreyer’s/Edy’s as well and, in said research, he came to find that those who identify strawberry as their preferred ice cream flavor can also be categorized as a combination of logical, thoughtful, and strategic—though said qualifications do sort of go hand in hand. Therefore, it’s not an entirely farfetched conclusion for him to draw.

Hirsch also notes that they’re more cautious, as they “Get to know a perspective partner well before committing to a relationship,” which sounds like a good rule of thumb.

Lovers of this flavor are as rough and rocky as the flavor itself, with Hirsch’s study for Baskin Robbins discovering that fans of Rocky Road tend to be aggressive. According to this particular study, he also found that Rocky Road lovers are skilled at listening and happen to be pretty captivating themselves.

He learned that people who enjoy Rocky Road like a good challenge and are focused on what they hope to accomplish, though they risk emotionally hurting those they know.

Specifically, they’re said to be impatient sometimes and don’t handle setbacks very well. If these characteristics weren’t already making you question your fondness for Rocky Road, keep in mind that it seems the admirers of Rocky Road “are often cynical of the motivations of others in social situations.”

While Rocky Road enthusiasts work best romantically with fellow lovers of the same flavor, they’re not the best at contending with criticism from anyone, Rocky Road lover or not.

In the study which Hirsch conducted for Dreyer’s/Edy’s, he arrived at the conclusion that mint chocolate chip lovers are often ambitious (unsurprising, given that green is also the color of money), careful with their cash (see, there it is), confident, and even likely to get into arguments.

Again, this all sounds like a pretty perfect description of those working on Wall Street, but you can draw your own connections.

Another shocking thing that you might not realize about your run-of-the-mill mint chocolate chip lovers? It seems they tend to be a bit more on the pessimistic side, and they’re always waiting for the other shoe to drop—if not just seeking it out.

It looks like we’ve found the ultimate party pooper. Thankfully for chippers, they have the potential to do very well when matched with an ice cream lover of the same flavor persuasion.

Though this refreshing yet admittedly less common flavor (let alone choice) is aesthetically pleasing to look at, and it might even bring to mind thoughts of sunny days and smiling campers, it turns out that actually, you should really watch out for its most dedicated fans.

Those who love rainbow sherbet, according to Hirsch’s discovery, are particularly susceptible to pessimism.

On the off-chance that such a revelation as Hirsch’s hasn’t been enough to make you wary of lovers of this particular flavor—as if the comparison to its creamy competition weren’t enough—it turns out that there’s more.

While you, of course, should do your utmost to not judge a book by its cover, those who are advocates of this colorful type of sherbet tend to be pretty decisive and analytical. Although, are there really many analytical people who identify as optimistic? It’s sort of an oxymoron, isn’t it?

Though most of us might not be keen on the idea of sharing a bag of chocolate chips, fans of this flavor in particular, Hirsch determined, are likely generous people, though ironically, competitive.

Not only that, but lovers of this variety of ice cream are pretty accomplished and tend to succeed when they’re in social situations. They’re also ambitious, which isn’t that surprising, given that a competitive streak is often linked to ambition.

While strawberry fans tend to work well with fans of chocolate chip, according to what’s known as flavorology research—which is basically what it sounds like, and in this case, was commissioned by the delicious brand, Edy’s Grand Ice Cream—the latter is actually compatible with the flavors of butter pecan and chocolate, and vice versa.

Fans of chocolate, for the record, have been identified by Hirsch as dramatic, creative, and the so-called “life of the party.”

Coffee is known for waking people up, getting them to move, and helping them to make it through their day with their eyelids at least halfway open. According to Hirsch though, lovers of coffee ice cream in particular “aren’t concerned about the future and thrive on the passion of the moment,” which, unsurprisingly, means they’re not exactly the biggest advocates for a routine existence.

Additionally, he’s qualified them as dramatic and seductive, as well as flirtatious (given coffee’s popularity in romantic cultures, like those found in Italy and France though, that sounds about right).

Manhattan relationship therapist Stephanie Manes, L.C.S.W., says fans of this flavor are wont to jump right in when it comes to romantic relationships and, “They won’t hold back in showing how they feel and may be pretty generous with their enthusiasm about the object of their affection.”

All in all, coffee lovers match best with those who favor strawberry.

Lovers of this sweet and salty combo tend to be respectful and conscientious. Hirsch also adds, “They are orderly and pay attention to the most trivial details.” Respect is another quality they take to heart, and they’re not wasteful when it comes to, for instance, time.

While Manes warns that they might not be the sappiest of the bunch and you shouldn’t hold out for heart-to-hearts nor an excess of romantic proclamations, butter pecan lovers are known for being a particularly stable option.

She adds that they’re certainly “hard workers, and like to see a job through, [so] they are more likely to put in the effort that committed partnership demands.” Clearly that’s a bright spot then. Rather than judging their feelings by what they say, it’s best to focus on what butter pecan enthusiasts do.

They tend to be most compatible with lovers of mint chocolate chip, so if you know two single friends who each love these flavors, why not play matchmaker?