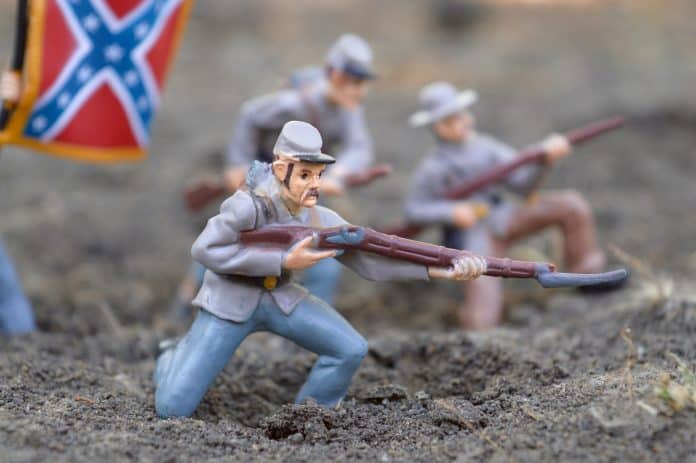 As a casual comedy website, we don’t take many hard political positions, but we’ve got one big one: Stone Cold Steve Austin was really great at wrestling, and therefore, he should probably be the governor of one of the lesser states (we’re looking at you, Idaho).

That’s why we were as excited as everyone else when the Texas Rattlesnake delivered a virtual beatdown to one of his fans for her support of the Confederate flag. In an epic face-turn, Austin admonished one of his loyal….Austin-ites (WWE fans, please email us and tell us the correct term for a Steve Austin fan) for claiming that her “heritage” justified the flag’s display.

Warning, there’s some bad language in the tweet below, which we’ll clean up a little in the transcript. For content policy reasons (and because we’re honestly terrified of getting a stunner), we can’t post the photo directly.

He gave a Stone Cold Stunner to the “heritage not hate” people. pic.twitter.com/W6QBvrSHjv

If you have trouble reading blurry text, here’s the exchange:

Stone Cold: “That’s nice and all but if I recall it don’t matter what it means to you because to African Americans everywhere it’s a symbol of oppression, hatred and inequality so your little ‘heritage not hate’ story don’t mean s** because your stupid little heritage was built on the backs of slaves and identifying with that kinda sorta definitely makes you trash in the Texas Rattlesnake’s eyes. So you can continue to spew your bulls**t but just know that none of us care ya dumb racist sumb***h and that’s the bottom line.”

There’s just one problem, and it’s a big one: It probably didn’t happen.

We say “probably” because we don’t have official verification. We reached out to Stone Cold’s people, who told us to fold up our article sideways and…well, look, we didn’t get an answer.

But we did as much research as we could, and there’s no hard evidence that this is a real post. We loaded the image into TinEye, a reverse image search service; the earliest version of the image appeared in 2016. Newer versions of the image crop out the date.

A search of Austin’s Facebook page doesn’t show the exchange. Ditto for Instagram. It’s possible it happened and he deleted it — but the exchange is a little too perfect. Stone Cold’s posts tend to be…well, normal. He doesn’t get into his wrestling character for every single thing he posts, nor does he post in all-caps.

The comment also received a mere 54 “likes,” far fewer than what you’d expect for a viral moment from one of the most famous professional wrestlers of all time. Currently, Stone Cold’s Instagram account has 4.6 million followers.

While we can’t verify this post one way or another, our opinion is that it’s likely a parody — there’s no evidence whatsoever that Stone Cold actually wrote the text in question. Remember, folks, anyone can make up fake stuff on the internet. We’ll update this page if we find any additional evidence.

In the meantime, here’s a YouTube video of Stone Cold giving the President of the United States a stunner.

Previous articleHere’s The Real Reason Your Belly Button Is An Innie Or An Outie
Next articleScatman John Vs. Scatman Crothers: Who Is The Real Scatman?