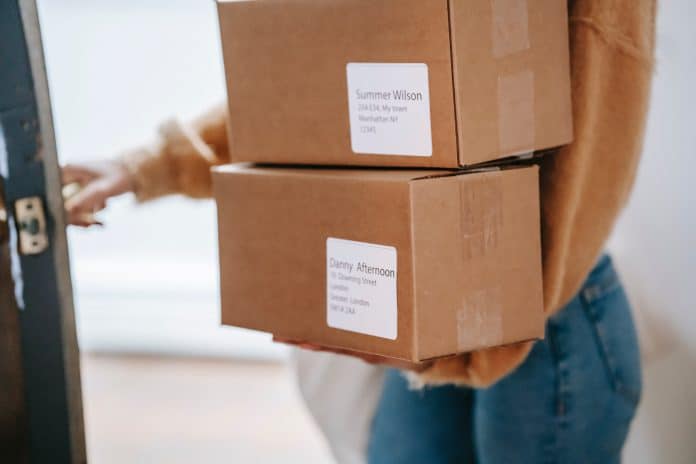 It’s a great feeling to get a message letting you know that your long-awaited package has finally arrived at your door. But when you return home and don’t see the package you’ve been waiting for, a completely different set of emotions kick in.

As you continue your search, you begin to doubt that the delivering agency showed up at the correct house. You may feel suspicion towards an unknown suspect who may have stolen the package. Often people feel vulnerable — like their privacy has been violated.

It’s been reported that “an estimated 23 million Americans have had packages stolen from their homes. That number… is only expected to increase as more Americans purchase goods online rather the traditional brick and mortar store.”

With about 125 million households in the U.S., that means that close to one in five homes has been preyed upon by “Porch Pirates.”

To deal with this growing thievery trend, there are several strategies that people are trying out to keep their boxes of goodies from getting stolen.

Of course, digital cameras are getting smaller and more affordable — some can even be installed as a part of your doorbell. You can choose to have a camera pointing at the spot where packages are likely to be dropped off by your delivery guy and hope to catch the face of the felon who is stealing your stuff. Alternatively, you can place a camera in a place where you’re likely to catch the license plate of the package lifters.

Another option is to get a lock box for your porch. Have the box equipped with a simple combination lock and when you’re finalizing your purchase, in the “special instructions for delivery” field, state that you’d like the postal worker to place the item in the lockbox and include the combination so the professionals can lock up once they’ve delivered your goods.

A new, somewhat more techy device is like the pillar holding the sacred statue in “Indiana Jones: Raiders of the Lost Ark.” When a thief takes a package off of the Package Guard platform, which is about the size of a frisbee, a giant boulder chases them to their death.

Actually, an alarm goes off and an alert is sent to your telephone — but it’s still a pretty cool invention.

For comedian and YouTube star, Tom Mabe, when he found himself and his Louisville neighborhood victimized by package pirates, he wasn’t satisfied with preventing theft or catching the culprits with cameras — he wanted revenge.

Mabe installed a front porch camera to get a good look at anyone who might come up to his porch uninvited and he installed another camera that would get a good view of the getaway vehicle. Then in a reverse of the “Flaming bag of dog poop,” routinely made popular by the 1990s film, “Billy Madison,” Mabe rigged up an exploding box of poo for the pirates to find and steal.

Needless to say, the thieves were not happy when a box of poop exploded in the car. Watch the whole thing here:

Previous articleThis Baby Has Never Eaten Refined Sugar In Her Life, Here’s What She Looks Like Today…
Next article5 Affordable Places To Go If You’re Young, Broke And Want To Travel The World