15 Secrets That Might Just Ruin The Disney Channel For You 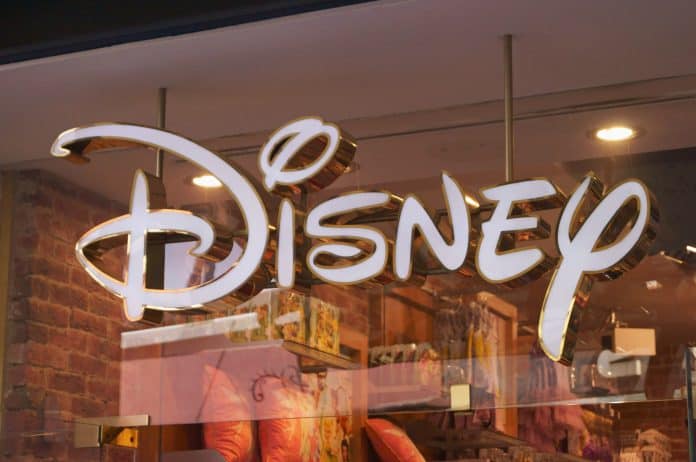 The Disney Channel was a huge part of your childhood, but after your favorite shows ended, life went on…and not always in a good way.

1. Remember Louis on “Even Stevens”?

That was Shia LaBeouf. Hey, he turned out okay, right? What’s been up with him?

He’s been arrested several times since his Disney heyday.

You probably remember him from “Wizards of Waverly Place.” If not, we’re sorry, but your childhood was incomplete.

And now, your childhood is ruined.

He was allegedly under the influence when police pulled him over in 2013 for driving without his headlights. He was also allegedly involved in a hit-and-run accident while under the influence just a month later, but was found not guilty because he reported the incident to the police before leaving the scene. He’s stayed out of trouble since then.

Surely he didn’t do anything, right?

4. You might not remember the name Joey Cramer, but if you’re an ’80s kid…

You’ll remember Flight of the Navigator. It’s a Disney classic.

This is little Joey Cramer after he was arrested for an alleged bank robbery. He was allegedly wearing a “shoulder-length wig” at the time, so maybe he’s still working on his acting skills?

He was in Smart Guy, in case you don’t remember. He was also the host of Wild & Crazy Kids on Nickelodeon.

That’s not the type of “Wild & Crazy” we were hoping for.

6. Remember Orlando Brown? He was Eddie in “That’s So Raven.”

Many of his performances were quite Raven, but his life after the show was, like, so NOT Raven.

Earlier this year, he faced a litany of charges including drug possession and domestic battery.

He was also allegedly found to have contraband in jail. He wasn’t the only member of the cast to face potentially criminal charges, however.

7. Anneliese van der Pol was arrested for driving under the influence in 2006.

She ran into several parked cars, and her blood alcohol content (BAC) registered at twice the legal limit. She later received 36 months probation and a hefty fine.

However, there’s some good news; she’s stayed out of legal trouble over the last decade, and she’s a fairly successful actress. It’s safe to say the her demons are behind her.

8. You might recognize Phill Lewis as Mr. Moseby from “The Suite Life with Zack and Cody.”

If you were incarcerated in a certain prison in Maryland in the early ’90s, you might just recognize him from the cell block.

Long before his iconic role as Mr. Moseby, Lewis was convicted for manslaughter. In 1991, he veered across a traffic lane and drove headfirst into an oncoming car, killing the driver. He was extremely intoxicated at the time.

He was sentenced to five years in prison. He served one and then got out for good behavior. About 14 years later, he had his debut on The Suite Life. Who knew?

9. There’s no escaping this. We have to say it: Lindsay Lohan.

Rehab, reckless driving, DUIs: Lohan is a long way from The Parent Trap. It seems to be cool now, though. Lohan seems to have found religion.

She was spotted carrying a Quran in April 2016. Then, in January 2017, she deleted her Instagram account, all except for one post that read Alaikum salam, which means “Peace be unto you” in Arabic. (She has since begun posting to Instagram again, including one post in which she wears a headscarf. The caption to that image reads, “New Fashion Line coming soon.”)

The next month, Lohan complained that she was “racially profiled” at London’s Heathrow Airport. She was wearing a headscarf at the time, and she says she was hassled at a security checkpoint.

To be clear, the actress has said that she has not officially converted to Islam. “I think that me studying the Quran is something that I’ve found solace in,” she told Good Morning Britain. “I just study it. Nothing is confirmed yet.”

More power to her, we say. She needs to find her peace somewhere.

10. Even the great Zac Efron is not safe from the Disney Curse.

We all got to know Efron when he appeared in High School Musical.

Well, the “family-friendly” star has gotten to be a bit less family-friendly. He once dropped a very personal item–a prophylactic, if you must know–onto the red carpet at a debut. To make matters worse, the debut was for The Lorax, which is pretty much a kid’s movie.

So was it a publicity stunt or an honest-to-goodness mistake? It’s hard to say, but Efron did seem legitimately embarrassed about it. So were we.

What else can we say? She’s Miley Cyrus.

You know what she’s been up to.

Only a year after that film came out, a bunch of racy pictures of Hudgens made the rounds on the internet.

That’s hardly her fault, but somehow, it still managed to ruin her good-girl vibe.

Maybe that turned out to be good for her career. In 2012, she starred in the Harmony Korine shocker Spring Breakers. If that doesn’t change her image, we don’t know what will.

13. Remember when Christina Aguilera was on “The Mickey Mouse Club?”

Neither do we, really. But she was.

By 2002, she had a much more…adult image. That was around when her hit song “Dirrty” came out (and it was). In some ways, Aguilera was like the original Disney-girl-gone-bad.

It’s hard to believe she had a song on the Mulan soundtrack.

14. Adrienne Bailon was another early Disney star who lost her squeaky-clean image.

If you were born in 1990, you definitely remember The Cheetah Girls. Bailon played a member of the all-girl rock band. The whole thing was fun, but very, very innocent.

Later, an unscrupulous hacker stole compromising pictures of Bailon and posted them all over the internet. We blame the hacker; Bailon was clearly a victim. That said, we can’t watch her performance in The Cheetah Girls the same way anymore.

Oh, and don’t get us started on the wardrobe malfunctions. It seems like the only time Bailon isn’t suffering an accidental reveal she’s wearing an outfit that seems to tempt fate. She has become the most nerve-wracking star to watch walk down the red carpet. Her outfits should come with warning signs, is what we’re saying.

15. Even Britney Spears used to be a Disney star.

Then she got super-famous, then she went through a super rough time, and then she had a comeback or two. Spears has been all over the place. Since her time at Disney, many have followed in her footsteps.

It just seems to be, like, a law of nature: The Disney stars of your childhood are the tabloid-covers of your adulthood.