Scariest Bridge In America Leaves Motorists Terrified.. Would You Drive Across This? 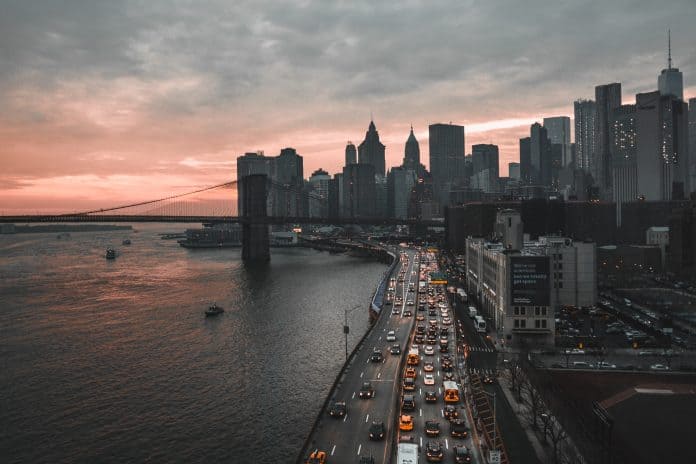 If you are freaking out just thinking about driving across such a terrifying piece of infrastructure, avoid the Chesapeake Bay Bridge.

This is one of the longest over-water bridges in the world at 4.3 miles long, with 5 lanes of traffic racing across two parallel bridges rising 186 feet above the Chesapeake Bay.

The western part of the Bay Bridge, as it’s colloquially known, is anchored in Annapolis, Maryland, which is about 30 miles east of both Washington D.C. and Baltimore. The eastern edge of the bridge touches down on Kent Island, which leads to rural eastern Maryland and is the quickest route from the nation’s capital to Delaware.

Being afraid of this engineering marvel isn’t completely unfounded. In Feb 2017, a truck barreled through the bridge’s low railing, sending the driver and his fully loaded 18-wheeler into the chilly 45-degree water some 17 stories below. While it’s been reported that the driver initially survived the crash, he ultimately died on the way to the hospital.

According to a representative from the Chesapeake Bay Bridge and Tunnel District interviewed by Penn Live, “12 people have driven off the bridge since it opened in 1964, and 10 of those” accidents have proven fatal.

The alternative to driving across the toll bridge, though, is adding around 150 miles to your journey from one side of Maryland to the other.

Steve Eskew owns Kent Island Express. Eskew’s business is pretty simple, for $30, he will drive your automobile across the Bay Bridge for you. One of his employees follows behind in a minivan and once you touch down on the opposite edge of the Bay, you can continue driving your car.

Eskew, in an interview with NPR’s Hans Anderson, explains that while he does his best to put passengers at ease, some people are inconsolable.

There’s an official title for this bridge phobia. According to NBC news, “gephyrophobia (pronounced jeff-i--fo-),” is the name of the condition, which describes “people with an intense fear of driving over a bridge — or for some, the mere thought or anticipation of it.”

Like many other conditions, people can learn to overcome — or at least deal with — gephyrophobia. Some who suffer from this condition may call someone like Steve Eskew to simply join them while driving across the bridge, while others may ask a medical professional, like a psychologist or counselor, to be by their side.

For others who simply want to soak in the sights of one of the greatest feats of human engineering and the beauty of the Chesapeake Bay, it might be worth paying someone else $30 to keep their eyes on the road.

Previous articleHere’s The Secret Behind Egg Expiration Dates. Everyone Should Know This!
Next article8 Ways You’re Being a Terrible Neighbor (Without Even Knowing It)