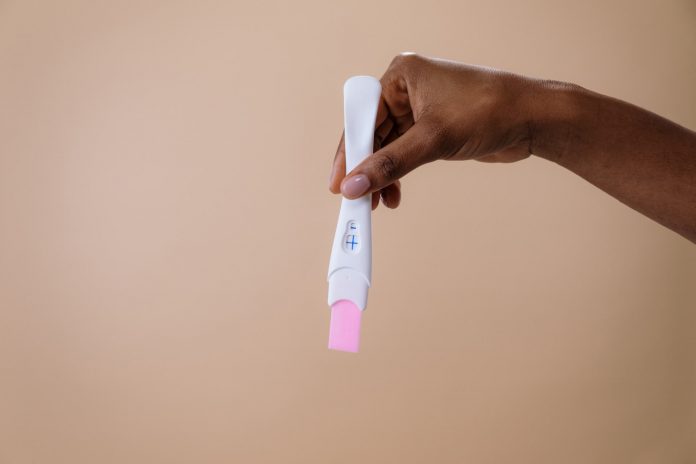 “Rihanna Is Pregnant” has been trending on Twitter since Friday morning after the singer told Essence Magazine that she was going to “give birth to a black woman.”

There are a very limited number of ways to interpret that statement, and some fans also claimed the singer’s stomach looked a little larger than usual. Could it be?!

Rihanna made the comments Sept. 12 on the red carpet at the fifth annual Diamond Ball benefiting the Clara Lionel Foundation, the charitable organization the singer founded in 2012. The event was hosted by Seth Meyers and featured performances by DJ Khaled and Pharrell Williams.

Rihanna is pregnant you guys! 😭😭😭 I’m not okay!!!! pic.twitter.com/cGax7WNk2D

However, when taken with its context, the statement that launched a million rumors seems a lot less clear cut than it first appeared.

“…That’s who I am, it’s the core of who I am, in spirit and in DNA, and I’d always stand up for what I believe in and who I love. …My mother has raised me to be an incredible woman, and she’s a strong, incredible example of what to be and how to fight through obstacles in life. And I’m sure her mom has also taught her, and that’s how I’m going to be. We are impeccable, we’re special, and the world is going to have to deal with that.”

It seems many Twitter users stopped listening after the first two sentences, however, and took them completely literally. “RIHANNA IS PREGNANT” was the top trending Twitter topic in a matter of hours. Several Twitter users also posted photos of Rihanna during her performance at the Diamond Ball, claiming there was evidence of a baby bump:

rihanna’s finally back 😭🥰 and.. pregnant??? pic.twitter.com/yMsZpu7t0A

When Drake found out RIHANNA IS PREGNANT! pic.twitter.com/BBzaJ3oFPO

Rihanna, however, was focused on her foundation. On the red carpet, she also spoke to People Magazine, explaining how much the ball meant to her.

“I mean I’m really happy right now. The thing that’s making me the happiest tonight is seeing the amount of support, the magnitude of support is really special,” she told People. “I mean I could be out here and throw a ball by myself and I’d feel good, but the thing that’s making me feel this high of cloud nine is seeing people who believe in my cause and think it’s something worth donating to, something worth investing in.”

Seems like a weird choice of venue for an announcement like that, and the whole thing seems like a stretch, but let’s entertain the possibility. Who is the father of this supposed baby? Well, for over two years, Rihanna has been quietly dating Saudi billionaire Hassan Jameel. Despite their high profiles, the two have rarely been photographed together.

The first time Rihanna and Hassan were publicly linked was in 2017—the pair was photographed on a coffee date in Spain, and fans went into a tailspin trying to determine the mystery man’s identity.

Less than a day later, the public figured out who he was, and the two were declared an item. They never spoke publicly about their relationship, but shortly after the pics surfaced, Rihanna’s dad spoke to reporters about his daughter’s love life.

“She told me she had a new boyfriend about a month ago, but I didn’t know who he was,” the singer’s father told the Toronto Sun. “I always tell her, ‘Don’t date an entertainer, don’t date an athlete.’ They are busy going this way and that way, they don’t have any quality time, and they’re good looking guys so women fall all over them.”

Hassan isn’t an entertainer or an athlete—his family’s company is the largest independent distributor of Toyota and Lexus vehicles in the world, and with a collective net worth of $2.2 billion, the Jameel family ranked fourth on Forbes Middle East’s 2017 list of the Arab world’s richest families.

At the time the public found out about their relationship, Hassan was newly divorced, having married Lina Lazaar, a Tunisian art expert, in 2012. He’d also been linked to supermodel Naomi Campbell before he started dating Rihanna.

Their relationship seems pretty serious. Recently, Rihanna told The New York Times that she moved to London to be closer to the team working on her clothing line, which is based in Paris. However, many speculated that the move was so she could be closer to Hassan, who lives there.

Rihanna Said She Wanted Children “More Than Anything In Life”

To further build the case for why Rihanna’s rumored pregnancy is maybe plausible, we can look to her comments on wanting children. In a recent interview with her Ocean’s 8 co-star Sarah Paulson for Interview Magazine, Paulson asked Rihanna, “Do you want to be a mother?”

The singer replied, “More than anything in life.”

my baby Majesty is a big girl today! 🖐🏿 years old! HAPPY 5th BIRTHDAY to my real life princess, Her #Majesty .
Aunty loves everything about you. My lil oxtail! pic.twitter.com/TqxNJ1zxWg

In the interview, she also talked about spending time with her little cousin. Clearly, she wants kids, so fans have something to back up their theories there.

Pregnancy Rumors In The Past

Of course, this isn’t the first time that Rihanna has faced wild and unfounded pregnancy rumors. In 2018, a Twitter account faked a screenshot of an Instagram post, making it look like Rihanna had announced she was due to give birth on June 5, 2019. This, despite being easily proven false, sent the Barbadian singer’s fans into a frenzy.

People have been creating these rumors about Rihanna for a long time. In April 2013, she had to cancel a show due to an “unspecified illness.” According to E!, she was seen leaving a doctor’s office in Beverly Hills around the same time, and many people immediately assumed she was pregnant. Back then, Rihanna was still in a relationship with Chris Brown (yuck).

Rihanna addressed all this constant speculation about her body in her May 2018 Vogue cover story.

“You’ve just got to laugh at yourself, honestly. I mean, I know when I’m having a fat day and when I’ve lost weight,” she said. “I accept all of the bodies. I’m not built like a Victoria’s Secret girl, and I still feel very beautiful and confident in my lingerie.”

At least she seems to have a sense of humor about it. So, is she actually pregnant this time? Judging by this video of her drinking champagne, we think probably not.

Rihanna with her champagne: pic.twitter.com/xxKWukM3rx

Rihanna isn’t pregnant. It’s just her dress. You can carry on with your day now pic.twitter.com/mob4MtjoEd

Previous articleWhere Are They Now? Catching Up With Reality Stars
Next article40 Products For Organizing Everything You Didn’t Know How To Organize