9 Red Flags To Watch Out For In A Relationship 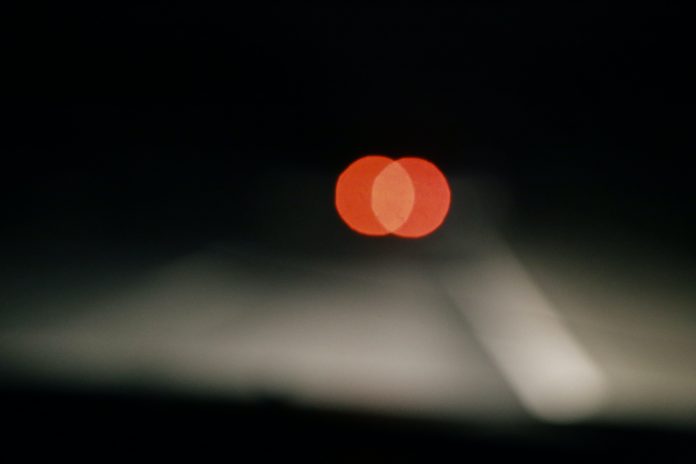 Every relationship is different, but there are plenty of glaring red flags that anyone should look out for. No, we’re not talking about those small, everyday annoyances—we mean the things the point to something that’s truly unhealthy.

No relationship is perfect, and you’d be lying to yourself if you said there’s not at least one thing about your partner that can get under your skin. Maybe it’s that they always put their dishes next to the sink instead of in it or they sometimes smack their lips while eating but, all things considered, most people can overlook a flaw so small.

What you shouldn’t be overlooking, however, are the real red flags—the things that point to a relationship that’s just not right or maybe even unhealthy. Here are some of the biggest relationship red flags there are, along with the personal stories of Reddit users who experienced them firsthand.

They’re Never Wrong or At Fault

“[An ex] could never be wrong. She split the world into two types of people: ‘people who agreed with her’ and ‘people who are wrong’. I’m not even just talking about subjective things like politics or religion, but things that were provably true or false.”—Paulius2444

We’re all going to be wrong once in awhile, whether it’s because we had misinformation or because we did something that just wasn’t right. It’s not always accidentally doing or saying something wrong that’s bad, though—it’s how you react to it when someone points it out to you. In a relationship, a partner who needs to be right all the time or constantly lays blame on the other person probably won’t be able to help build the kind of relationship anyone truly wants.

“Blaming is toxic to any relationship,” said life coach Kali Rogers. “Unity and trust are what makes a relationship sustainable, and blaming pretty much annihilates any chance of either.”

“Honestly, if 5+ of your close friends have spent extended time with your SO and can’t find anything positive to say about him or her, that’s probably a strong indicator that you may be fooling yourself in your relationship.”—MeganKaneBAU

There are obviously many situations in which family and friends dislike significant others for reasons that aren’t valid, like disapproving of a mixed-race relationship because of racist ideologies. In these cases, we’re giving you full permission to tell your “friends” to shove it (and go get some new friends while you’re at it) and keep on doing what makes you happy.

However, if the people closest to you seem to get a bad feeling from your significant other or start picking up on things they say concern them, you should at least listen and think about what they’re saying. Consider how you’d react if a friend told you their significant other did something that yours does now, and pay attention to how you feel. Above all, always trust your gut and don’t be afraid to talk about things that bother you.

“When I was embarrassed to be in public with him or with my friends or with my family because I didn’t know if he was going to say something incredibly rude/insensitive.”—GlassArson

Everyone has their moments when they struggle with other people, whether it’s a restaurant waitress or their own parents. However, most people, as annoyed as they might get, can still manage to get through a situation without being rude, yelling, or using nasty language.

If you’re with someone who can’t, it’s definitely time to reevaluate the relationship, or at least talk to the person about the reasons why they act the way they do. If they don’t see a problem with their behavior or won’t even consider trying to improve the way they act, that alone is another red flag to pay attention to.

“If someone cheats on someone else to be with you, that’s a pretty big red flag that they could do it to you.”—themateofmates

You’ve heard it before—once a cheater, always a cheater. Many people choose to go into relationships with those who admit to cheating previously—sometimes on the person they dated before their current partners—but tell themselves it won’t happen to them.

Think again, though, because a recent study confirmed that people who cheat once are 3.5 times as likely to cheat again.

“My now ex-fiancee openly admitted to emotionally manipulating me so I wouldn’t be mad at her for something I had every right to be upset about. We broke up a couple of months later.”—Optimum_Pooper

Manipulation can take many forms in a relationship, from gaslighting to the silent treatment or playing victim. They’re all bad enough to deal with on their own, but even worse when a significant other they’re using of manipulative tactics on you.

Ultimately, not everyone may be purposefully doing these things to upset or manipulate you, but it’s important to be aware of them, address them, and see what changes are made after they’re brought up.

“I started texting this guy and if I don’t respond quick enough, he’ll say things like, ‘Guess I scared you off.’ or ‘I wish I was interesting enough to hold your attention.’”—cyncantspell

Passive-aggressive behavior is really difficult to deal with. Not only is it frustrating for the person on the receiving end, but it makes it hard to even get to the root of what’s upsetting the other person.

On top of all that, it’s ultimately just pretty childish. If your partner can’t just tell you what they need to say or seems to think playing games will get them what they want, you’re better off with someone who can be a little more adult about their emotions.

“It seems worth it at first, but you soon realize it’s not. If you’re having minor fights about *** within the first month, it’s not going away. It just gets worse.”—gerbillionaire

You’re going to have fights with anyone you date, but the best way to avoid the worst of them is through communicating—getting your issues out into the open so they don’t fester and you don’t erupt.

The next time you have one, though, there are a few things to consider. Does your partner seem rational? Is the fight even about something real or something that matters? Are the two of you arguing to be heard or to be right? Author Sheryl P. Kurland said, “A fight should never be an all-or-nothing competition.”

“For me, it was her [sic] to find fault with the way I did just about anything. It got to the point where I had trouble making simple little decisions because I was trying to think what she would so that I wouldn’t catch s***.”—Quantum_Finger

Criticism is a natural part of life, and it does have its place in relationships, too. Done in a kind, constructive manner, criticism can help someone realize how their actions affect someone else or they make them feel. However, when it comes to criticizing your appearance, weight, hobbies, or anything that you feel helps define you in a way that’s just mean, that’s where the problem comes in.

It’s important to address this type of behavior with your partner, but know that you may need to hit the road if it continues. “Tell him that you’re going to give him that amount of time before your leave or seek ,” said Jane Greer, author of What About Me? Stop Selfishness From Ruining Your Relationship.

Their Exes Are Still Lingering

“People who are still hanging out with their exes on a regular basis, especially if the relationship ended in, oh, the last 6 months. This is almost never (in my experience) a truly-friends situation, but more of a someone-still-has-feelings-and-is-trying-to-get-the-other-back situation.”—zitjhmm

Yes, people can truly be friends with exes without any problems—sometimes people in non-toxic relationships are mature enough to realize they just don’t work together romantically, but that there can be a friendship there.

However, if you notice that your partner sometimes turns to their ex before you, chooses time with their ex over you, or is overly dismissive of anything related to their ex that makes you uncomfortable, something fishy could be going on. Even if your partner treats their ex like any other purely platonic friend, it’s important to talk to them about how the presence of their you feel. If they take you seriously and actually change their behavior, great—if they’re defensive or dismissive, run.