Pilots Tell Us When To Really Worry (And When Not To) 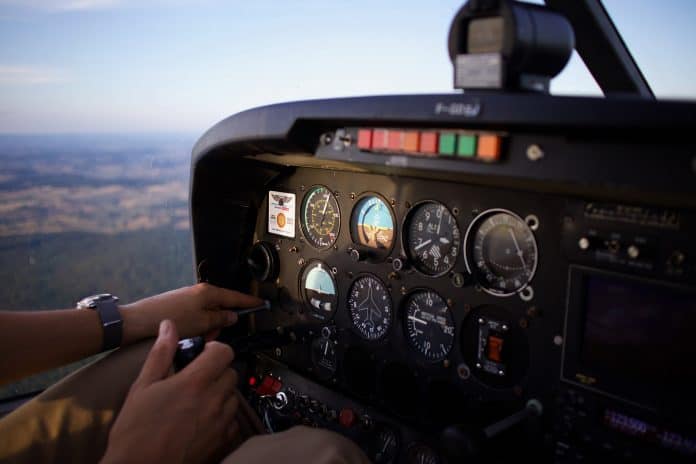 When you step foot on a plane, you know in the back of your mind there’s a small chance of a bad flight. There is a reason so many people have a fear of flying: It can be risky, and it is kind of against our better nature.

However, there are a lot of things we worry about that we don’t need to. Hopefully, this list will put things into perspective the next time you step foot into a metal tube that will go hurtling through the sky.

This is one that has a margin of panic. The thing we have to realize is that there are millions of things happening inside the airplane and most of them are electric- and fuel-based, so if you see smoke, there could be a fire…or it could just be a couple of wires burnt out.

If anything is truly wrong, the pilots will let everyone know and take the proper action, but that doesn’t make it any less scary. The thing is, if it is nothing to worry about, then the pilots won’t cause a stir, as Captain Ken Hoke, a Boeing 757/767 captain, told the Daily Mail: “In some instances, passengers won’t even be made aware that something has gone wrong, for example – if there is a small fire on the plane in the galley, they may not be notified.”

However, if you see lots of smoke then this is one of the moments where pilots will say it’s a right to be a little scared, but again, they’re trained to know how to land so follow their advice. As hard as it is to not panic, that will only make things worse.

We just talked about smoke within the airplane which can mean fire, or like we mentioned, something electrical that maybe burnt out. However, if you see fire on the outside of the plane—most likely on one of the engines—it could be a couple of things.

A lot of times, there is jet fuel still around the engine so it lights up and burns off; think of it like a Fast and Furious car jumping off the start line and the engine blows out some fire.

Aviation Stack Exchange is a community for pilots, plane mechanics, and general enthusiasts who share their expertise on all things aviation. In one thread, they discuss fire within an engine; one user who goes by Thunderstrike says, “There is no physical damage in hitting the fire button which will shut the engine down. It is a bit of a ‘hard’ engine shutdown: it cuts fuel, air, and hydraulics. If the fire warning (i.e. heat source) persists, you generally escalate it to discharging fire agents, although in most cases shutting the engine off is a sufficient measure.”

Pilots are trained heavily in flying a plane with only one engine so if they do have to cut one of those engines , there is nothing to worry about except the fact you’ll probably make a landing and have to get booked on another flight.

The only time people generally like the feeling of free-falling is when they are asking for it. When you’re on , and you’re not planning on jumping out of it, then you’re most likely not trying to get the adrenaline rush of skydiving, bungee jumping, or riding a roller coaster.

To understand what turbulence actually is, think of wind crossing the sky in a form of a river. It flows in the same direction but there are different speeds, twists, turns, and pockets where the water swirls. An airplane cuts across the river of wind, hitting some of these pockets, which causes the plane to dip or slide. This is what makes us feel like we are free-falling when in reality we are only dropping maybe 20 feet.

There has only been one documented plane crash due to turbulence and it was in the 1960s. Natalie Paris, a travel writer for The Telegraph, shared nine ways to deal with turbulence if you get motion sickness—but she still says that “moderate turbulence, which would cause a drink to spill as opposed to just slosh about, is nothing to worry about, with pilots compelled only to try a different altitude if it persists for a long period.”

So there you go: if they’re not worried, you shouldn’t be either. But try not to spill any drinks because that’s never good.

This is another moment where it will take all of your courage to not freak out, but if the plane’s engines cut out or stall, it does not mean what you probably think it means.

When an engine in a car dies or stalls, the car dies and won’t move, unless you’re in neutral and going down hill. Think of a plane as a car on top of a hill, always in neutral. The engine on the plane can cut off or stall but the plane will still fly. The pilot uses the air to help guide the plane. Think of it like when Super Mario uses his cape in the Super Nintendo game: He can sort of balloon it up and go up and down until he slowly comes to the ground using the air and , thus the plane can do the same thing.

Users on Aviation Stack Exchange answer a lot of these questions—clearly, it’s a popular topic. When talking about stalls, user Lnafziger (who says he is a Chief Pilot of a U.S. Part 135 company, a corporate jet captain, and a former engineer and mechanic) said, “Fortunately, airplanes are designed so that even during a stall the tail is still effective and the pilot is able to use it to force the nose down. This makes the airplane go faster, since it is pointed down towards the ground, and gets more air moving over the wing which allows it to create enough lift for the airplane to start flying again.”

We can now call this the Super Mario method.

Believe it or not, birds flying into planes is an incredibly common thing. We just don’t usually know it.

Like we mentioned before, if something crazy happens, like a flock of birds fly into an engine and it stalls, goes down, or goes up in flames, again, the plane can fly with one engine. You may be thinking of the retired airline captain Chesley Sullenberger who landed in the Hudson River in New York when birds stalling both engines—well, that is incredibly rare.

However, all it took was two geese in each engine for them to shut down and force Sully to go for the emergency landing.

The 2009 water landing has since put birds at one of the top precautions and training topics for pilots, as it is a serious matter. While it’s definitely a bit scarier than your typical turbulence, you shouldn’t be too anxious about it.

The thing is, while bird strikes aren’t rare, they’re rarely crash landing–inducing, as CNN explains, “Preliminary figures suggest the approximate number of civil aviation bird strikes for 2015 will rise to a new high, just shy of 14,000. Only about 7% of those are actually damaging events — out of that entire 14,000 — spread out across the entire year.” Not-so-fun fact: The most common airport with bird strikes is Denver International Airport.

It happens in movies all the time but not too many people have ever been on a plane when the oxygen masks actually come down. The idea of them dropping has been built up in our heads so much from Hollywood that, of course, our first instinct is to panic and assume that the plane is going to crash.

However, the oxygen masks appearing simply means one thing: a drop in cabin pressure. This drop could be from a number of reasons of course, but the masks are there to help the passengers breathe.

The masks last for about 20 minutes as Arch Carson, an occupational health expert at The University of Texas Health Science Center at Houston School of Public Health told the Huffington Post, “Passenger oxygen masks typically provide enough air to last 12 to 20 minutes. However, this is usually plenty of time for the pilot to get the plane to a safe altitude where masks aren’t needed anymore.”

You better put them on fast though because if you don’t do it within the first 30 seconds or so, there is a major chance you could pass out. Remember: always put your mask on first before assisting anyone else.