4 People Who Lived In An Airport 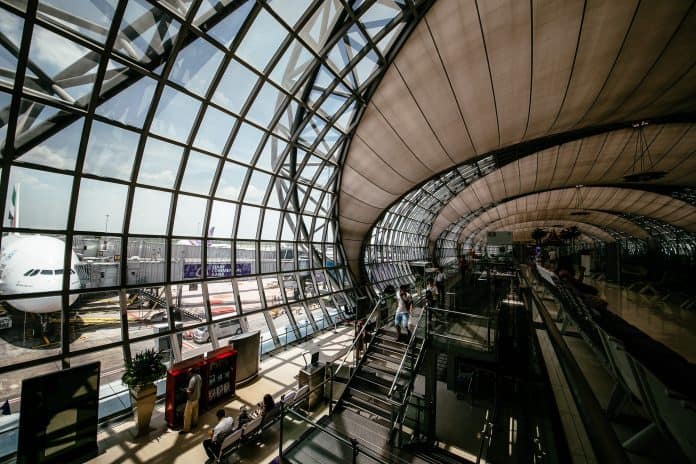 Most travelers would do just about anything to avoid spending the night in an airport terminal.

Unfortunately, delayed flights and missing documentation can occasionally force you to spend a night on an airport bench. It’s not fun—but when one night stretches into two, then three, then seven, you’ve got a serious problem.

We found four travelers who literally lived in airports, either due to bureaucratic mix-ups or an aversion to the outside world. For instance, consider the case of…

Let’s get this out of the way: Nasseri inspired the 2004 film The Terminal, so he’s undoubtedly the most famous person to spend years of his life in an airport. With that said, Tom Hanks’ portrayal of the charming Viktor Navorski isn’t entirely accurate.

In The Terminal, Navorski, a resident of Krakozhia, arrives in New York’s John F. Kennedy International Airport, only to learn that a civil war has engulfed his home country. As a result, Navorski is forced to make his home in one of the airport’s terminals. He disguises himself as a frequent traveler while learning English and befriending many of the airport’s workers. Then Catherine Zeta-Jones shows up and an Indian man gets deported, which somehow allows Navorski to go into the city.

No, we don’t get it, either. Tom Hanks was pretty good, though.

Nasseri’s case is different from The Terminal in several important ways. For starters, he’s Iranian, not Krav (which isn’t even a thing since Krakozhia doesn’t exist), and he never attempted to travel to the United States.

His unplanned residency wasn’t a secret—in fact, he became something of a minor celebrity during his stay. While he initially found himself to be a man without a country, as the video below explains, his story is much more complex. Also, Catherine Zeta-Jones doesn’t make any surprise appearances.

He did, however, receive $250,000 from DreamWorks for the rights to his life story—which somehow became The Terminal. Unfortunately, he couldn’t cash his check at the time, since he didn’t have access to a bank account. He was reportedly excited about The Terminal, so hopefully he’s not a stickler for details.

For the past 17 years, Denis Luiz de Souza has made his home in the corridors of Guarulhos International Airport in São Paulo, Brazil. He differs from the other people on this list in that he’s never actually stepped foot on a plane; he has a developmental or mental disability, and he seems to have moved into the airport to escape reality.

“Denis needs psychological or psychiatric treatment,” one airport worker told Brazil’s El Pais. “He lives in his world, but he needs a diagnosis, someone to take care of him.”

As best as anyone can tell, de Souza arrived at the airport after running away from home. He speaks in short, incomplete sentences, and he has difficulty understanding complex concepts, so officials aren’t sure when he began living in Terminal Two.

However, de Souza quickly befriended airport workers, who provide him with clothes, food, and other necessities.

“One way or another, you end up getting involved,” one worker said. “Whenever he asked me for anything, I gave it to him; I could not say no.”

Because Guarulhos is a public facility, de Souza is under no legal obligation to leave, provided that he follows the airport’s rules.

“Basically, I can not get into trouble or ask for money,” Denis told the paper. He says that he wants to eventually live in his own home, but as of 2015, he still spent most of his time in Terminal Two.

Airport workers say that while they’d like to help him leave the terminal for good, they’re worried that he wouldn’t be able to live on his own. For the time being, his unconventional living arrangement seems to be his best option.

Hiroshi Nohara lived in Mexico City’s Benito Juarez International Airport for almost four months. The media covered his story extensively, of course—NBC even asked whether his experience could prompt a sequel to The Terminal, which, again, was a ridiculous movie that bore no resemblance to reality (sorry, Tom Hanks).

I know I’m doing something weird. I don’t know how long I’ll be here.

In fact, if a Hollywood producer tried to make a movie about Hiroshi Nohara’s extended layover, they’d run into an immediate problem: Nohara doesn’t want to talk about it. In fact, throughout his stay, he refused to tell reporters why he was sleeping in Terminal Two.

To be clear, he did provide interviews; he just didn’t answer many questions, preferring instead to cultivate an air of mystery.

“I know I’m doing something weird,” he told Reuters during his stay. “I don’t know how long I’ll be here. I have a visa until March, but I might leave sooner than that.”

Hey, we don’t blame him. Those terminal benches are pretty comfy, and who wouldn’t want to live entirely off of Cinnabons?

Nohara is from Japan, but while Japanese and Mexican officials discussed his case, they said that they couldn’t compel him to leave the airport. He was free to roam the food court, talking with workers and taking photos with interested tourists.

“Mr. Hiroshi has decided by his own will to remain here at the airport,” said airport spokesman Victor Mejia in a no-nonsense statement. “He spends his time walking around the fast-food area. He eats there and practically sleeps there. His stay is legal for the airport.”

Eventually, Nohara left the airport. Where did he go? Why did he leave? We really don’t know—apparently, he just got into a cab one day.

Later, he was photographed leaving a woman’s Mexico City home in fresh clothes and with trimmed hair, but the woman denied any romantic relationship, telling reporters that she simply offered Hiroshi a place to clean himself up. Nohara later told reporters that he probably wouldn’t go back to the airport, but once again, he didn’t explain his reasoning.

Like we said, this story doesn’t make for a great movie. Still, we admire Nohara’s style.

Shah (not to be confused with the Dubai businessman of the same name) had already renounced his Kenyan citizenship when he attempted to travel to the United Kingdom in June 2005.

This story requires a bit of historical context. When Shah was born in Kenya in 1962, it was a British colony; the country gained its independence in 1963. Shaw considered himself a UK citizen, and legally, he was correct, but he hadn’t filled out the necessary paperwork to receive full citizenship. Instead, he had an overseas passport, which he was using to visit his family in Kenya.

Eventually, officials told him that he could re-enter Kenya, but Shah believed that this would jeopardize his chances of becoming a full citizen of the UK. Airport employees brought him food and clothing (as it turns out, kind airport employees are the one constant in all of these stories), and he began sleeping on terminal benches.

After months of waiting, Shah received a full British passport, which allowed him to return to the UK. As a final insult, the final commission in charge of issuing passports referred to Shah’s 13-month odyssey as a “pointless protest.”

To be fair, those officials were probably trying to prevent other travelers from attempting anything similar—but as long as there are bureaucratic blunders, there will be people occasionally setting up shelters in airport terminals.

Keep that in mind during your next layover.

Previous articleAll Work, No Pay: Are Unpaid Internships Valuable Or Pointless?
Next articleAlexa, Are You Spying On Me?