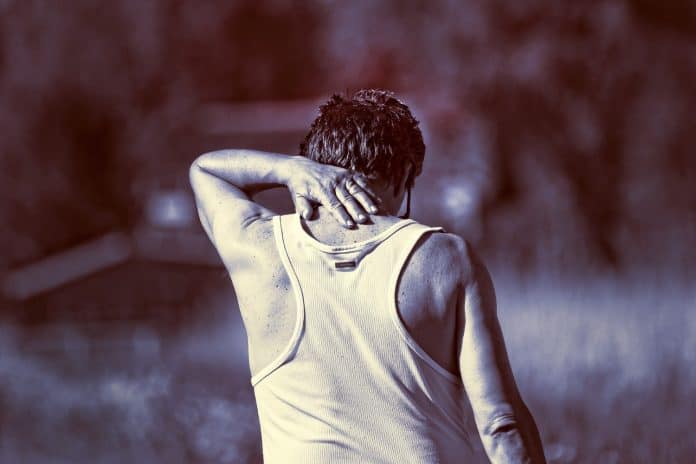 That’s how Kimberly McNamee described the situation to CBS News. McNamee, an officer with the Society for the Prevention of Cruelty to Animals (SPCA), told CBS that she’s investigated around 4,000 cases in Dutchess County, New York, but she’s never seen anything quite like this. “I’ve seen crocodiles, snakes, some stingrays, and I know there was another case that they had alligators,” she said.

On August 23, officers from the New York State Department of Environmental Conservation (NYSDEC) executed a search warrant at a home in LaGrangeville—located approximately an hour-and-a-half north of New York City—after reports that the owner was harboring illegal wildlife. There, they discovered a total of ten sharks—seven living sandbar sharks, as well as two leopard sharks and one hammerhead, all three of which were deceased.

All 10 of the sharks were located in a 15-foot above-ground pool in the home’s basement. This was obviously much more than a standard home aquarium scenario.

Due to overfishing, sandbar sharks are on the verge of endangerment.

For this reason, landing and keeping sandbar sharks is illegal without a special permit—which the homeowner didn’t have. Despite this, he hasn’t been charged with a crime.

Authorities captured the sharks with a net before tagging them and transporting them to the Long Island Aquarium where they arrived in stable—but poor—condition. Unfortunately, due to the risk of disease, they can’t be put on exhibit, and will have to remain quarantined while they’re nursed back to health.

Though authorities were able to rescue seven of the sharks, things don’t always end so well.

Last August, authorities in Montclair, California investigated an industrial complex following the arrest of the man who lived there on a warrant from another county. When they arrived, they noticed a foul odor coming from the building. “Despite the doors being closed, we could smell an odor of feces and decay,” Sergeant John Minook of the Montclair Police Department told the Los Angeles Times.

After assembling a team of police and code enforcement, Minook and company investigated the building. Upon entering, they discovered around 1,000 decaying animals and another 2,000 live birds, including chickens, parakeets, and some exotic species—as well as dozens of fish—in awful conditions. “This is probably the worst I’ve seen in my career,” he said, going on to tell reporters, “It was just piled with cages and birds. There were 15 to 20 cages piled up, water and urine on the floor, animals on the floor. We had to walk sideways between industrial water tanks filled with fish.”

In both cases, more of the animals would have lost their lives without intervention.

If you suspect that someone in your community is hoarding, abusing, neglecting, or engaging in any other form of cruelty toward animals, the Humane Society of the United States recommends that you contact your local animal control agency as soon as possible.

If you’re unfamiliar with local organizations—or if the situation appears to be an emergency—the Humane Society recommends calling 911.