“Ok Soda” And Other Beverage Campaigns That Failed Miserably 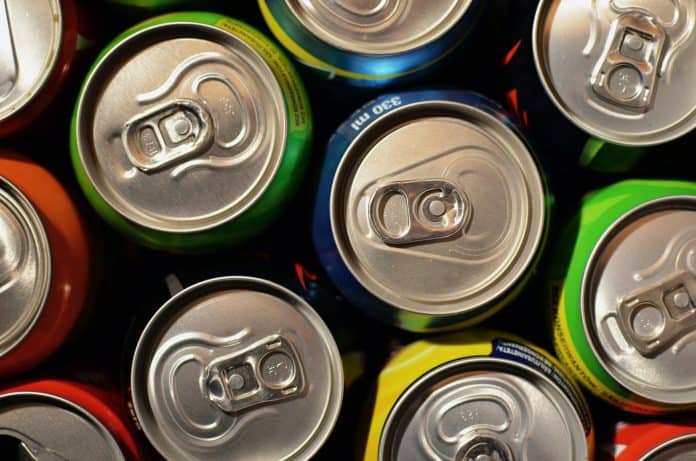 The beverage market is a competitive one, and it’s not hard to see why. Whether it’s Pepsi or Coke, Gatorade against Powerade, or Monster versus Red Bull, most people have their preferences and stick to them. Sometimes a new drink has the ability to capture our attention, but they don’t always have what it takes to stay on store shelves.

Throughout the years, there have been plenty that didn’t make it, and you might even wonder how anyone thought they were going to in the first place.

Did we ever expect to see the day that the beloved Coke Zero would come to an untimely end? No, no we did not. However, a new Coca-Cola product will soon hit the market, taking our favorite soda’s place: Coca-Cola Zero Sugar.

The drink is already a success in 25 other markets, but we’re not giving up our love for Coke Zero just yet. The company announced plans in July 2017 to release the drink in the U.S., so you can be sure that people have been frantically stocking their personal stashes of Coke Zero.

Also known as Coke II, New Coke was essentially Coca-Cola’s failed attempt at improving something that their consumers already to begin with. On April 23, 1985, the company announced it would do away with its signature soda’s current formula, opting for a sweeter version instead. To their credit, it tested well—consumers who tried the product before it was released did prefer it not only over but also over the original Coke formula.

However, what the company didn’t take into consideration was how attached to the actual Coca-Cola brand its customers were. These feelings were especially strong in the southern states, where the drink was first created in 1886 by Dr. John Pemberton.

After the company received approximately 40,000 letters, never-ending phone calls, and a hefty amount of bad press over the decision, it decided to revive the original formula as Coca-Cola Classic—it was such big news that news anchor Peter Jennings actually did a breaking news report during an episode of General Hospital to announce it. Sales of the classic soda skyrocketed, and New Coke slowly faded into oblivion.

Because Coca-Cola didn’t learn its lesson with the short-lived New Coke, the world was “graced” with the existence of OK Soda. In 1993, the Coca-Cola company actually hired the same marketing specialist who helped develop New Coke in an attempt to capture the attention of America’s youth.

What he came up with was a bizarre marketing campaign for a mediocre beverage. The cans the soda were strange, illustrated with odd, grim-looking figures that didn’t really give anyone a good idea of what they were actually about to put in their mouths.

True to its name, people also didn’t think the soda was any more than “OK,” and Coca-Cola later tried to put a positive spin on the reviews by describing the taste as being like “carbonated tree sap.” The drink also adopted a strange slogan, “What’s the point of OK?” which seemed to make consumers ask themselves the same question about why they’d want to drink the mysterious soda. Ultimately, it was taken off store shelves in 1995.

Why drink a standard brown cola when you can have one that’s clear? Most people would say because it’s caffeine-free and won’t stain your teeth, but neither of those reasons enough to keep Crystal Pepsi around for long.

The clear cola was introduced in a 1992 Super Bowl commercial featuring the Van Halen classic “Right Now.” Unfortunately for Pepsi, consumers just never caught on, despite the buzz.

However, the drink came back for a limited time run after its unexpected loyal fan base got 34,000 signatures on a petition to put it back on store shelves—it’ll even be returning once more in 2017.

People have been munching on Life Savers since 1912, and in the ’80s their manufacturer, Nabisco Brands Inc., thought the next step in their evolution should be putting them into a liquid form. The idea for Life Savers Soda wasn’t entirely a bad one—the concept seems reminiscent of a fruit punch drink, just in different flavors.

However, consumers felt like the soda really was just like drinking liquid candy, as the beverage was quickly deemed to be too sweet by many who tried it. Though you can still buy Life Savers candy today, the soda version was pulled off shelves almost as fast as it was put on them.

Does drinking the fluid inside of a lava lamp sound appealing to you? Because that’s exactly what Orbitz soda was intended to look like. Described as a “texturally enhanced alternative beverage,” the liquid contained small beads of colored gelatin, making it look like a smaller version of the lava lamps of your youth.

Those who tried it compared the taste to cough syrup, but it took some work to get people that far—the drink had a strange online campaign that spoke of its home, Planet Orbitz, inviting those who visited its website to “Prepare to embark on a tour into the bowels of the .” Yeah, no thanks.

Though 7UP has been around longer than Sprite, it seems like it’s never been able to surpass the popularity of its lemon-lime competitor. Perhaps that’s why 7UP Gold, the darker and sibling to 7UP, was eventually introduced. The only problem? It was basically just ginger ale, something that’s been on the market even longer than regular 7UP has.

Though 7UP Gold did have its fans, ginger ale apparently had even more, because the drink never became popular enough to take over its counterpart that had already been established for quite some time.

Does anyone else ever wonder how colors often end up as descriptions of flavor in different food and drinks? In this case, we’re talking about Dr. Pepper Red Fusion, an incredibly sweet cherry-flavored version of the popular drink. It was actually the first flavored addition to the Dr. Pepper lineup in over 120 years.

Surprisingly, though, it didn’t last long—perhaps because “Red Fusion” gives consumers no clues as to what flavor the drink is? It makes sense when you consider that plenty of other flavors of Dr. Pepper have been successful throughout the years, one of them being Dr. Pepper Cherry.

Food-flavored sodas have become somewhat of a trend recently, and the flavors out there are both interesting and concerning—there’s Gooey Butter Cake Soda, Bananas Foster Soda, Bacon Soda, and even Ranch Soda. During the 2004 holiday season, Jones Soda decided to ramp up Thanksgiving dinner by turning all of the classic flavors of a holiday meal into a drink.

Now, we could pretty easily get behind their Cranberry Soda, but Turkey and Gravy Soda? Green Bean Casserole Soda? Thankfully, a portion of their profit from the sales of these funky sodas was donated to charity, but we can’t imagine actually drinking most of these.

For anyone who’s ever wondered what it’d be like if milk and soda came together like a match made in beverage heaven, the Coca-Cola company has done the work for you. It recently unveiled one of its newest drinks, Vio, which is essentially carbonated milk mixed with fruit flavors. Yum?

The drink has been described by the company as, “like a birthday party for a polar bear,” and comes in four flavors so far—berry, peach-mango, citrus, and tropical colada. The drink was created as a way to break into the beverage industry in India, though it’s also going through a trial phase within our market in the United States. You might begin to see more of it if that trial goes well but, if you couldn’t already tell, we’re clearly thinking that it’s not bound to happen.

Previous articleSouth Carolina’s Bigfoot: The Lizard Man Of Scape Ore Swamp
Next article7 Totally Safe Things That Used To Be Thought Of As “Dangerous”