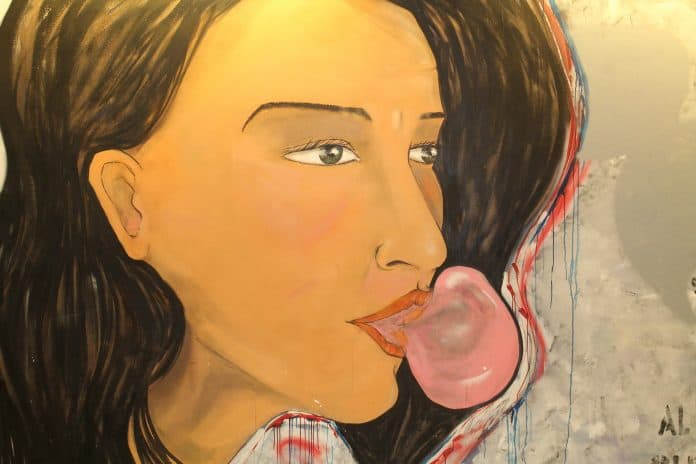 The dating world has never been an easy and comfortable place. There have always been hidden rules and etiquette that make us look back and wonder if we did everything correctly. To put it simply, dating is hard.

However, in the 1930s, when it was often considered a man’s world, many dating requirements fell heavily on the women and confined them to very specific rules.

Well this one is pretty standard in this day and age. Although times were different then, there was still etiquette for a first date when it came to the bar. A 1938 article in Click-Photo Parade magazine gave helpful advice to single women of the times.

One of the main rules they gave was: “Don’t drink too much, as a man expects you to keep your dignity all evening. Drinking may make some girls seem clever, but most get silly.”

We have most likely all seen The Great Gatsby, and to be honest, he threw one heck of a party. But that same movie also showed the results of too much drinking when tempers flare and people do things they tend to regret. The clothes and music may have changed, but the effects are still very much the same.

2. Have your mom send you flowers.

It makes sense when you think about it. You’re in college and you walk by the women’s portion of the dorm and you see some ladies receiving flowers, cards, gifts, and invitations. You would have to think to yourself that they must have something special going on. It piques your curiosity and now you are interested.

In reality, the flowers and gifts could very well have come from their mothers, but you are none the wiser, and now you are knocking on her door asking to hang out. Or back then, you’d formally ask her out on a date, but you understand the implications.

One 1938 Mademoiselle article described “in which a Smith College senior advised freshmen about the importance of cultivating an ‘image of popularity’ to get dates. College men will think, ‘she must be attractive if she can rate all that attention.”

The article goes so far as to suggest that women should shut off their lights in their dorm room at night, so everyone will think they’re not at home because they are out socializing.

3. Stay mum on the dance floor.

We guess this is understandable in certain respects. It can be tough to do a synchronized dance and have a fulfilling conversation.

As Dorothy Dix says in her 1939 book How To Win and Hold a Husband, “Don’t talk too much and, above all, don’t talk about yourself, ever. Men have a horror of girls who babble on forever and ever like a brook. Men like to talk about themselves and what they want is an intelligent listener.”

In this approach, talking should be saved for the table, and the dance floor should be for dancing. Summarized in that Click Photo-Parade article, “You should keep those lips sealed on the dance floor too because when a man dances he wants to dance.” But you probably shouldn’t talk too much at the table either…

4. There’s no crying in dating.

This idea isn’t necessarily a relic. There are some today who say that women should always show strength, and they equate crying with weakness. The difference between this contemporary assessment and that of the 1930s, though, is that the reasoning behind it wasn’t about strong independent women not displaying emotions.

As Dix wrote, “Men do not like sentimental women.”

These days it’s common to see both men and women displaying emotions when it comes to dating, and often times it takes a strong person to be able to be honest with their partner and themselves.

Yet the Click Photo-Parade article cautions, “You don’t turn on the tears in a potential beau’s company because men should not have their emotions worked on, and men don’t like tears, especially in public places.”

In the 1930s chewing gum often had something of a lower class connotation. It could make someone look less educated as they sat there smacking away on their gum. Think of Madonna’s character in A League of Their Own.

It was recommended that if you need to freshen your breath, you do so with mints or chew quickly, with your mouth shut, and then spit it out.

In today’s dating world, this is still considered common courtesy. Chewing loudly can be an annoyance. especially when having a close conversation with someone.

6. Never touch up your makeup in his rearview mirror.

It’s a good thing that most cars these days have visors with a mirror in them. In the 1930s it was a little bit taboo for a woman to use a man’s rearview mirror to put on makeup.

Click Photo-Parade suggested that you “dress in your boudoir to keep your allure and that includes makeup too.” Definitely don’t touch up your lipstick in front of him or blot your lips with his hankie.

As for the mirror, the article says, “Man needs it to drive and it annoys them very much when they have to turn around to see what’s behind them.”

7. Waiting isn’t a virtue when it comes to dating.

This rule has changed quite a few times, and if you live in any major city, there’s sort of an unspoken rule about being a casual 15 minutes late. In the 1930s, however, Click Photo-Parade warns, “Don’t keep him waiting. Greet him with a smile!”

But don’t rush out without putting all your final touches on either, because you can’t finish your makeup in his car. Things began to change in the 1950s, when it became cool to have the man wait outside for a few minutes for the woman to walk outside.

As for today’s standards, well, now we text when we are five minutes away to make sure the person is outside when our Uber pulls up. Classy, and patient.

This is another rule that can easily be applied to today’s standard rules of dating. No one wants to be overdressed or underdressed. If you’re going on a casual first date and the woman comes out wearing a prom dress, that may send a very confusing signal.

In the 1930s it could also mean she was in a different financial class and the man might think she would be too fancy for his budget. Just like Dix says in her book, “She scares him off when she decks herself out in what looks like a million dollars’ worth of finery.”

If you have ever seen an episode of Mad Men you know that the men don’t enjoy getting phone calls from their wives during the day. They work in the city, and when they’re at work, they don’t want the distractions of home.

In Dix’s book she is adamant that women never try to get a guy on the telephone during the day, “Don’t call a boy up over the telephone during business hours. He will hate you for it, because you are jeopardizing his job… There is no surer way for a girl to make herself unpopular with men than to be a telephone hound.”

How far we have come to today’s standards, where if you don’t reply to a text within the first five minutes, it could lead to some seriously angry emojis.

Previous articleThis Gym Has Just Introduced Napping Classes And Where Do I Sign Up?
Next articleThis Blanket Relieves Stress As You Sleep, So Get Ready To Be A Morning Person