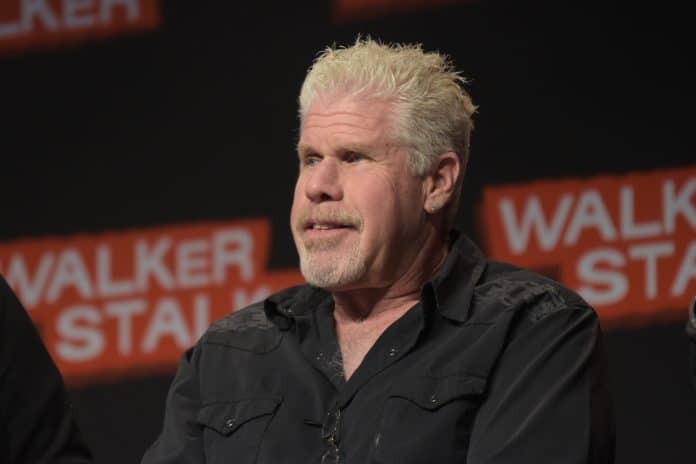 One of the main jobs of an actor is to put themselves into the role and become a chameleon. Usually though, we can still tell who it is behind the character. However, if you add some serious makeup and costume effects, then it’s all up to your imagination. Well, to burst your bubble, here is a list of some of the best hidden faces behind some famous movie characters.

Ari in “Planet of the Apes,” played by Helena Bonham Carter

This 2001 adaptation of the original Planet of the Apes had some big shoes to fill. Luckily when you have Tim Burton behind the camera directing, along with a stellar cast, you’re well on your way.

Helena Bonham Carter is no rookie when it comes to delving into a character, especially the help of a costume and some makeup, so it’s no wonder she played Ari in Planet of the Apes. According to IMDb, “The ape makeup took 4.5 hours to apply and 1.5 hours to remove. Tim Burton explained, ‘It’s like going to the dentist at 2 in the morning and having people poke at you for hours. Then you wear an ape costume until 9 at night.’”

Burton wanted Ari and the lead male character, who was played by Mark Wahlberg, to possibly have more of a connection, platonic or not, but the studio shut the idea down saying it would make people feel uncomfortable, so he chose to try and make her character as human as possible.

Incidentally, Carter and Burton met on the set of this film and quickly became romantically involved; they only just separated in 2014.

One of the greatest childhood classics of all time, Hook is the story of Peter Pan in his later years, after he left Neverland. This is another stellar cast with Robin Williams as Pan, Julia Roberts as Tinker Bell, and Dustin Hoffman as Captain Hook himself.

The legendary Glenn Close was able to snag a cameo role, but most people would be hard-pressed to remember just who she played. She described how she got her role in the Steven Spielberg-directed film in an interview with The Scotsman: “I had visited the set of Hook because Robin Williams was a friend of mine, and took along my little girl, Annie, who was about three years old, and when we got there Steven Spielberg said, do you want to be pirate? And I said sure.”

Close was then put in costume and makeup which included a full beard, short gray hair, and dark pirate-at-sea tan. She was so convincing in the role that no one on set knew it was her for three days. Who did she play though? The pirate Captain Hook accuses of betting against him and who is then thrown in the Boo Box. Check it out:

And just so you know, Close wasn’t the only one to snag a cameo in this beloved film. Phil Collins, David Crosby, Jimmy Buffett, Gwyneth Paltrow, Carrie Fisher, and even George Lucas can all be found at points in the film—if you know where to look.

Edgar in “Men in Black,” played by Vincent D’Onofrio

We all probably remember Edgar from Men in Black, but you may not recognize the actor who plays him, Vincent D’Onofrio.

Now if you want to know who D’Onofrio is, check out his IMDB page where you’ll keep saying, “Oh that was him!” as you read through his 98 film credits. D’Onofrio is a chameleon in his roles and this one was one of his best, and it was really due to his own ideas.

This Backstage article explains: “When D’Onofrio was cast, the script was still in flux (surprise!) and there wasn’t much known about what he’d been hired to play. So he went to the art department and asked to see the conceptual art. His character—the bug—was huge, towering. This was news. This was inspiration. And D’Onofrio now had a premise for his performance: discomfort.”

That was how D’Onofrio played the role of Edgar after the body invasion, as if a giant cockroach was wearing a tiny human suit. Needless to say, his comedic scenes were some of the best in the film. More sugar anyone?

Ron Perlman is no stranger to the makeup chair—after all, he did play The Beast in CBS’s 1987 television adaptation of Beauty and the Beast—but playing Hellboy was no easy task.

The Sons of Anarchy actor would arrive four hours before call time so he could get the makeup and costuming in order and be ready to shoot. The makeup artist for the film explains in an interview, “The actual time he was sitting in the chair was usually two and a half hours. But I wanted him to be able to get up, stretch, and have a cup of coffee, maybe a little breakfast so it’s not quite as grueling as sitting there for four hours straight.”

Perlman had to be covered in prosthetics for the entire shoot, which lasted 86 days. It couldn’t have been too bad, however, as Perlman returned for the sequel in Hellboy 2.

Pennywise in “IT,” played by Tim Curry

Tim Curry: a man of literally a thousand faces. He was been a voice actor in Nickelodeon’s The Wild Thornberrys, Dr. Frank-N-Furter in The Rocky Horror Picture Show, the devious Wadsworth in Clue, and so many more diverse roles within his 228 credits on IMDb.

However, with a remake of IT coming out this year, we owe much of our fear to his portrayal of Pennywise in the infamous 1990 mini-series, based on Stephen King’s book.

Curry said in an interview about the makeup, “I don’t think anybody likes it. But it’s great fun when you’re actually working it, making it part of yourself and finding out what it can do…But the most fun, I have to say, is taking it off. The moment they say I’m wrapped, I pull off the nose.”

The clown makeup wasn’t as extreme as some of the other characters on this list, but it was definitely the most frightening. We still have nightmares, and we’ll get to relive them in September when the new IT comes out.

We’ll give you a second for this one, because it came as quite a shock to us as well. Simon Pegg, the cheeky redhead actor from Shaun of the Dead and Hot Fuzz, played that mean dude who looks like a fishy troll who Rey is always bargaining with. Seriously.

Pegg and director J.J Abrams are good friends from their previous films together and while no one would be able to recognize Pegg in this film, Abrams definitely wanted him in it.

Peek-a-boo! If you were in any doubt that it was Simon. Unkar Plutt with 1/4 portion removed. #TheForceAwakens CF pic.twitter.com/EEaZruNk67

The makeup took several hours, and was incredibly hot as he was covered from stomach up while they shot in the desert, but Pegg says it was one of his favorite experiences.

Pegg wrote about his role in Episode VII, acting as a consultant on-set, and his life-long obsession with the series for Empire Online.

Gary Oldman is another incredibly versatile actor who has played dozens of characters, but this one may be one of his most unrecognizable roles—and that’s saying something. Oldman played Mason Verger, a victim who survived an attack by Hannibal Lecter.

Oldman went uncredited in the film, so they could say that the man with no face also had no name. That little trick was all fun and games, but the work day was a little tougher as Oldman explained in an interview with IGN:“Well, Ridley’s [the director] very good; he uses time well, you know, so it’s about 6 hours, 5 hours and then the wig and the thing and stuff. So by the time you’re ready, I mean, so I would go to set immediately and start working then I would work for seven hours or whatever it was, you know. It’s hard, because you’ve almost worked a whole day, just sitting in the chair.”

A lot of the ideas were Oldman’s as well, like keeping his eye abnormally wide and open, the damage to his cheekbones and chin, and the loss of his lips. He really wanted to push the envelope here and, as always, he did a truly amazing job with the character.