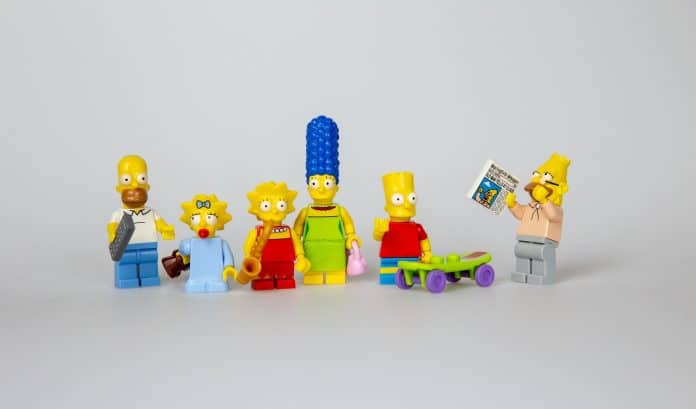 Pop culture—heck, maybe all culture—owes a huge debt of gratitude to The Simpsons. Since its debut as its own TV series in 1989, Matt Groening’s cartoon about an ordinary American family has served up some of the sharpest satire of any era.

As Groening and his team have been delivering the laughs, though, there has also been a lot going on behind the scenes. Here are a few notable details about the show that even life-long fans probably haven’t heard before.

1. There have been tons of celebrity cameos on “The Simpsons” throughout the years, but some were kept a bit of a secret.

Sting once played himself, Danny DeVito guest-starred as Homer’s long-lost brother, and Michelle Pfeiffer had a notable role as a woman who almost tempted Homer to cheat in the fifth season’s “The Last Temptation of Homer.”

But two of the show’s greatest guest appearances were only credited under pseudonyms. In 1991, Dustin Hoffman secretly played the substitute teacher in the episode “Lisa’s Substitute.” Michael Jackson also made an incognito cameo as Homer’s roommate in a mental institution.

The show is broadcast in seven languages, and it appears all over the world.

The Arabic version of the show is titled Al-Shamshoon, and Homer’s name is Omar Shamshoon.

3. Remember the opening of the show, when Marge rings up baby Maggie by mistake at the grocery store?

When the show first aired in 1989, this scene was a subtle bit of social commentary. Maggie’s worth, according to the cash register in the scene, was $847.63. That was the estimated cost of raising a baby in the U.S. for one month in 1989.

Later, in 2009, the price of a Maggie changed. Marge’s groceries cost a total of $243.26. When Maggie gets scanned, the total shoots up to $486.52, which is double the amount that the groceries cost without the silent Simpson baby.

(No word from the show’s creators on what prompted this change. Maybe they were just sick of looking up the estimated cost of raising a baby for a month.)

4. Everyone knows that Bart Simpson writes something different on the blackboard for each episode’s opening scene.

But have you always paid attention to what he was writing? Some of his transgressions are pretty funny.

He once wrote, “I am not a 32-year-old woman” on the board. That’s a reference to Nancy Cartwright, the woman who provides Bart’s voice. She was 32 at the time the episode aired.

Other favorites include, “I will not call my teacher ‘Hot Cakes,'” “I will not drive the principal’s car,” and “When I slept in class, it was not to help Leo DiCaprio.”

Even this subtle scene becomes a voice of social critique, though. In one episode, Bart writes, “I did not see the teacher applying for welfare,” which is a clear reference to the low wages that public school teachers tend to earn in the United States.

As with everything in The Simpsons, there’s always a subtext about the real world hidden behind the humor.

5. The Simpsons narrowly escaped being a family of rabbits.

Yep. When Matt Groening first started drawing the cartoons as animated shorts for the The Tracey Ullman Show, he conceived of them as bunny rabbits.

In a Q&A with BBC News, Groening explained the process. “The Simpsons were the result of a last-minute frenzy,” he said. “I was going to do something completely different but then thought to myself ‘I’ll do humans instead of bunny rabbits’, which was my original idea. And then I just drew them really quickly.”

6. The Bush family has a grudge against “The Simpsons.”

President George Bush (the first one, not Dubya) once claimed that the show was ruining society. He said that American families should be less like The Simpsons and more like The Waltons. His wife, Barbara Bush, told People magazine that the show was “the dumbest thing [she’d] ever seen.”

So “Marge” wrote a letter to the first lady (and Barbara Bush sent her a touching response). Read that exchange here.

7. The Simpsons are yellow on purpose.

The Simpson family avoided becoming rabbits, but they don’t look like any humans we’ve ever seen. The citizens of Springfield are mostly bright yellow.

It turns out that this isn’t a random decision. Groening wanted his cartoon to stand out among the other shows on television. It was the era of channel surfing, before streaming turned us all into binge-watchers, and Groening wanted something to grab people’s attention as they flipped through the channels.

Groening told the BBC that “an animator came up with the Simpsons’ yellow and as soon as she showed it to me I said: ‘This is the answer!'”

It was the ideal color to capture attention, Groening realized. “When you’re flicking through channels with your remote control, and a flash of yellow goes by, you’ll know you’re watching The Simpsons,” he said.

Today, it’s impossible to imagine the Simpsons looking any different.

8. Both Sideshow Bob and Principal Skinner end up imprisoned, separately, during the show’s ongoing run, but with a striking similarity.

In each instance, the character is assigned the same prison number: 24601. This has special significance. It’s the number assigned to Jean Valjean in Les Misérables.

Later, Twin Peaks‘ writers gave the same number to their character Hank Jennings when he was imprisoned. This must be the most common prisoner number in all of pop culture (not that we can think of many more instances of prisoner numbers in pop culture right at the moment).

In 2001, it was added to the Oxford English Dictionary, which lists the spelling as “doh,” without the apostrophe. “Doh” is defined in part as “expressing frustration at the realization that things have turned out badly or not as planned, or that one has just said or done something foolish.”

It also appears that we’ve been misspelling “doh” this whole time. Doh!

For decades, The Simpsons has rated highly. It’s brought in untold revenue to its network parent company, 20th Century Fox. In 2011, though, the network threatened to pull the show off the air.

It was a business decision, of course. Fox explained the situation in a statement dated October 4, 2011.

“[Twenty-three] seasons in, The Simpsons is as creatively vibrant as ever and beloved by millions around the world,” the statement said. “We believe this brilliant series can and should continue, but we cannot produce future seasons under its current financial model.”

Studio execs asked the show for a 45 percent cut on actor salaries. They negotiated the pay cut down to 30 percent. That works out to around $300,000 per episode for the actors, which doesn’t sound too bad to us!

Thanks to this negotiation, The Simpsons was renewed for its 25th season. As of this writing, it’s still going strong.

11. “Doh” gets translated in foreign broadcasts.

12. Comedian Phil Hartman was a close friend to the show, and he earned a beautiful tribute.

Hartman portrayed lots of the fans’ favorite supporting characters, including Lionel Hutz and Troy McClure. In 1998, the actor tragically passed away.

The writers of The Simpsons agreed to retire all of his characters; none of them has had a speaking role since. They sometimes appear silently in group shots, but no one is allowed to follow Hartman’s performance. That’s a touching tribute.

13. Dan Castellaneta, the voice actor who portrays Homer, got his inspiration from old Laurel and Hardy films.

In the original scripts, all that was written in was “annoyed grunt.” Castellaneta went with a truncated version of the “Dooooh!” sound that comedian Jimmy Finlayson emits in Laurel and Hardy films, and the rest was history.

We’re curious to see what happens to the Simpson family in the future. Will Maggie ever speak in full sentences? Will any of Homer’s harebrained schemes ever bring him success? Signs point to doh!