Man Trapped Inside An ATM Uses Unusual Tactic To Get Out 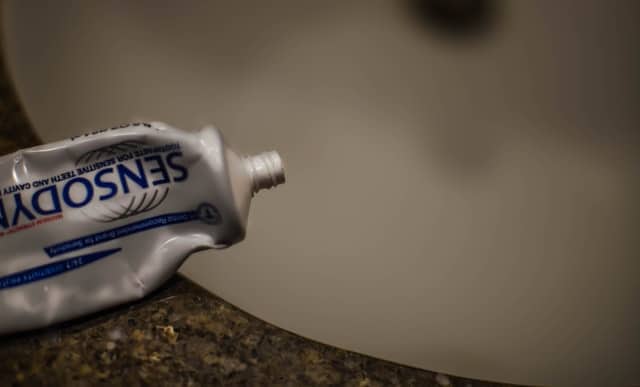 How, exactly, can a man get trapped in an ATM? Did he get sucked in via a malicious computer program? Is this the plot to a new Tron movie?

Unfortunately, this story is a bit more analog than that, but it still has some twists, turns, and some heavy-hitting hackers.

The trapped man was a contractor from Corpus Christi, Texas, hired to repair a Bank of America ATM.

Gena Pena, speaking to the New York Times on behalf of the Corpus Christi Police Department, said that the unnamed contractor was hired to fix the locking mechanism of the door that led into ATM vault, which is “a room from which a person can service a teller machine from the inside.”

According to Pena, the broken door swung shut while the worker was working on it. Somehow, the man ended up locked inside the vault.

Moreover, the bank closed for construction, so the contractor was working on his own.

So, what do you do when you’re locked in a vault? Easy: You start writing on the ATM slips.

“Apparently,” Corpus Christi police lieutenant Chris Hooper told KRIS-TV, “[the contractor] left his cellphone and the swipe card he needed to get out of the room outside in his truck.”

To make matters worse, something about the construction of the vault room made the contractor’s voice almost entirely inaudible to people using the machine.

And yes, people were still using the ATM. When the contractor heard the machine processing a transaction, he would slide a note out through the receipt slot.

“Please help I’m stuck in here and I don’t have my phone please call my boss at 210-xxx-xxxx,” the notes read.

The contractor tried this novel trick on multiple occasions, but the ATM patrons apparently assumed that it was some kind of joke. Finally, a bank patron asked a passing law enforcement officer for help.

Hacking into the System

“The officer,” explained the New York Times, “like previous bank patrons, initially thought the note was a joke—some sort of Candid Camera-type prank that no one wanted to fall for.”

However, the officer could hear faint sounds coming from behind the cash dispenser. He called the number on the piece of paper and confirmed that a contractor was assigned to the ATM.

Police spent the next 30 minutes figuring out how to release the contractor from “captivity,” as Pena put it. Officers eventually kicked in the door to the ATM.

After more than two hours trapped in the vault, the contractor “was kind of upset,” Pena told the Times. The Corpus Christi police department representative would later describe the man as “mortified,” adding, “he just wants it to go away… I feel bad for him.”

Granted, this is the type of unfortunate occurrence that could happen to anyone, but for a locksmith, getting locked in an ATM isn’t ideal. We doubt that he’ll forget this job anytime soon.

Previous articleThis Man Successfully Shocked His Future Wife On Their Wedding Day
Next article“Signalman Jack”: The Baboon Who Was Employed By A Railroad

Your rideshare app is now able to fulfill all your late-night snack desires, but there's a catch.
Read
Weird

The Strange Secret Behind The Guanajuato Mummies

These mysterious mummies have kept people guessing for more than 150 years.
Read
Trending

This scene could easily be in the next "Final Destination" film.
Read