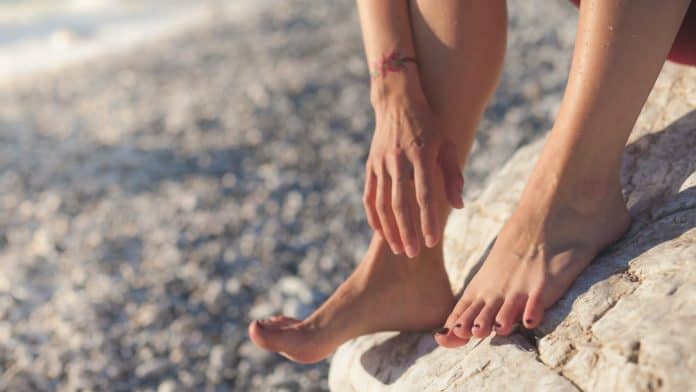 All sorts of things get lost in the mail.

Randy Holst knows all about it. He’s the owner of a UPS store in the Twin Cities area of Minneapolis. Deliveries fail all the time. Usually, they end up in the back room at the UPS Store.

Two years ago, Holst ended up with a package that caught his eye. Delivery had failed multiple times, and it was sitting on the shelves, collecting dust. Hoping to help route the box on to its proper destination, Holst opened it.

Inside, he found a military funeral flag, spent shell cases, and other hints that these were the personal belongings of a fallen veteran.

Holst knew that someone, somewhere out there, would do anything for this package. So he resolved to find that someone.

Holst started his quest in the logical place.

He called the local Veteran’s Administration. They were a dead-end. Next, Holst looked through the stuff in the box, which included a Navy hat, newspaper clippings, and a game of Scrabble along with the sacred flag.

Over and over, one name kept popping up in scrawled notes and signed photographs: Carl Burnett Burchell.

To decipher the clue, Holst turned to the most powerful research tool in the world. He started looking for similar names on Facebook. After two years and more than 40 Facebook messages, Holst finally hit paydirt. He found a man named Tim Burchell.

He should have. That was his father. Burchell confirmed that his dad was a veteran of the U.S Navy, who had passed away after a long battle with cancer back in 1988. Holst sent the package to Burchell’s home in Georgia.

Burchell wanted to thank Holst for his kindness and tenacity. He came up with an idea. He took out his father’s Scrabble board, set up the tile holders, and spelled out the words “THANK YOU RANDY HOLST” in Scrabble letters.

“I want to make sure he gets the credit he deserves,” Burchell said. “One little touch of kindness is contagious.”

That Scrabble board was nearly as sacred as the funeral flag.

Other items in the package brought back fond memories. The local paper had written about Burchell’s dad’s role as Santa Claus one Christmas; the clipping was there. There was even a love-poem Burchell’s dad had written to his new wife. The letter was beautiful, even if it was only half finished.

Presidents Richard Nixon and Ronald Reagan had written to the elder Burchell, expressing their gratitude for his military service. Both of those letters were in the box.

With treasures like these, it’s hard to imagine how the box could have gotten lost for all of those years. In fact, like so many tragedies, the box’s temporary fate was the result of a single, simple accident.

Burchell’s dad lived out his final days with his wife, Burchell’s stepmother.

You know, the would-be recipient of a half-written love letter. The stepmother had her own children. After Carl Burchell and his wife passed away, the stepsiblings boxed up all of the veteran’s stuff. They planned to mail it to their stepbrother, Carl’s eldest son.

They got the address wrong.

That was back in 2012. Shortly after sending the package of momentoes into postal oblivion, the stepsiblings moved away from the family home themselves. Burchell never thought to ask about the box, because his stepsiblings never brought it up. He had no idea it even existed.

Now, Burchell finally has his father’s keepsakes, and he’ll always treasure them. He has one incredibly dedicated UPS employee to thank for the favor.

You might wonder why Holst was so persistent. After all, undelivered packages languish on his shelves all the time.

When Holst opened the package, he knew right away that he would whatever it took to get these items home. His father, you see, was also a veteran of the U.S. military.