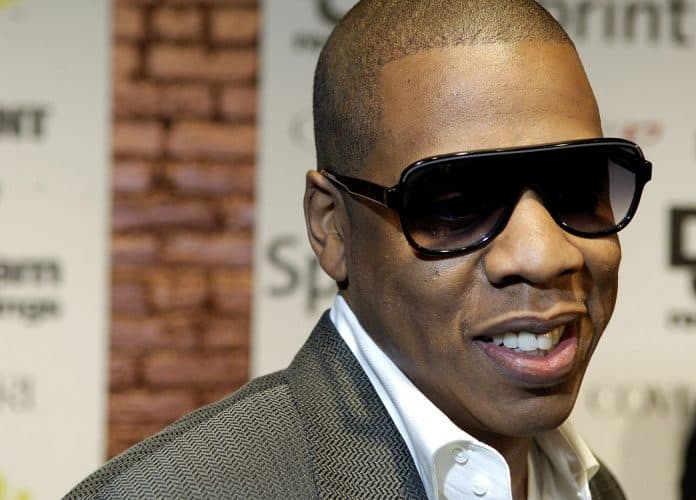 Jay-Z’s “4:44” is already a critical and commercial success.

The rapper released his newest album on June 29th as a Tidal music exclusive, and within a week, the RIAA certified its platinum status (indicating 1,000,000 sales). Granted, most of those sales resulted from Jay’s deal with Sprint, which gave all Sprint users free access to 4:44.

Critics have hailed the record as a return to form for Jay-Z, noting the polished production and mature, introspective lyrics. Of course, many reviews compared 4:44 to Beyoncé’s Lemonade, and the two records share some common subject matter—namely, Jay-Z’s infidelity.

Here are a few moments on the record where Jay directly addresses his tumultuous relationship with his wife.

1. Jay compares himself to Eric Benét.

“You egged Solange on / Knowin’ all along, all you had to say you wrong / You almost went Eric Benét / Let the girl in the world get away.”

In the album opener, “Kill Jay-Z,” Jay talks about how his ego has gotten him into trouble. After referencing his famous elevator showdown with Beyoncé’s sister Solange, he compares himself to Eric Benét, the ex-husband of actress Halle Berry.

Benét quickly responded via Twitter.”Hey #Jayz!” he wrote. “Just so ya know, I got the girl in the world as my wife…like right now!”

2. He gets more direct on the title track.

On the track “4:44,” Jay-Z approaches some uncomfortable subjects, directly addressing his infidelity and accepting responsibility for the difficulties Beyoncé encountered during past pregnancies.

“Look, I apologize, often womanize / Took for my child to be born [to] see through a woman’s eyes,” he raps. “Took for these natural twins to believe in miracles / Took me too long for this song, I don’t deserve you.”

Jay goes on to recognize the true costs of his behavior. “I the innocence leave your eyes / I still mourn this death and I apologize for all the stillborns / ‘Cause I wasn’t present, your body wouldn’t accept it.”

Beyoncé suffered a miscarriage in 2010 or 2011, and this line appears to directly address that. Through the rest of the song, Jay-Z admits that he “sucks at love,” adding:

“We more / Not meant to cry and die alone in these mansions / Or sleep with our back turned / We supposed to vacay ’til our backs burn / We’re supposed to laugh ’til our heart stops / And then meet in a space where the dark stop / And let love light the way / Like the men before me, I cut off my nose to spite my face.”

3. In “Family Feud,” Jay addresses Beyoncé to her face.

While Jay spends the first verse of “Family Feud” admonishing other rappers for doubting his skills, he caps off his with a reference to his wife’s sizable wealth: “What’s better than one billionaire? Two / Especially if they’re from the same hue as you.”

After Beyoncé contributes vocals for the song’s hook, Jay seems to speak to her directly in the second verse:

“Becky” refers to Jay-Z’s mistress, who Beyoncé referenced on Lemonade. No word on whether that’s her actual name (although the tabloids have certainly speculated on the mystery woman’s identity).

The Godfather lines reference a scene from the beginning of the Francis Ford Coppola movie, in which Don Corleone, played by Marlon Brando, indirectly warns his son, Sonny, to stay faithful to his family. Like Jay-Z, Sonny missed the point of the advice.

For the time being, it looks like Jay has learned his lesson—and given her appearance on the song, Beyoncé seems satisfied with his remorse.